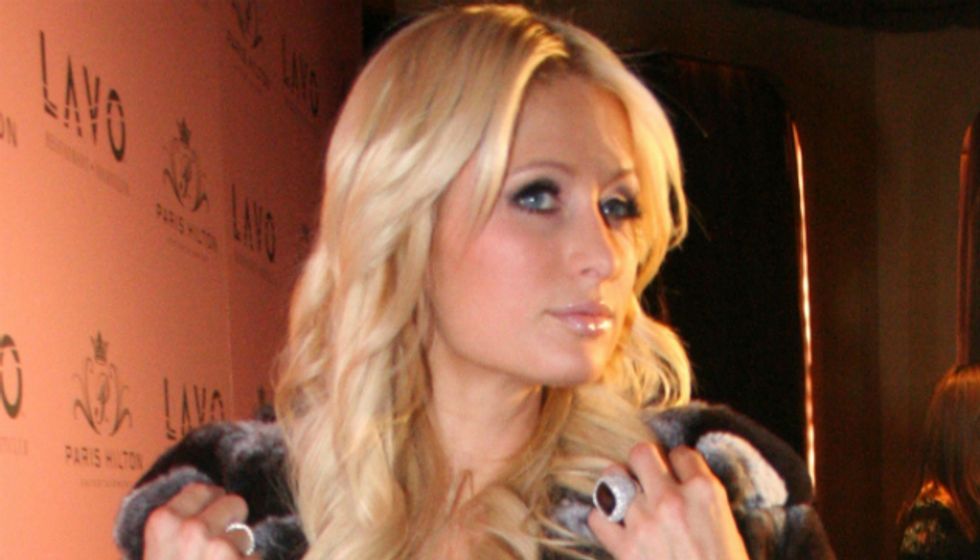 You probably don’t remember me.

We met briefly once, years ago. It was when you bought a book on numerology and astrology from a store I worked at, in the V&A Waterfront in Cape Town, South Africa. You wore a black hoodie, bug-eyed glasses and were in the company of the gentleman from Good Charlotte – which, I believe, is a rock band. You asked me to keep the book aside, which I did. You later returned and asked for my opinion. I told you I had none, trying to steer away from telling you that I thought astrology and numerology is utter nonsense. You chuckled a little, indicating you knew I thought it balonie. You shrugged and purchased it. I offered to wrap it for you and you thanked me profusely. You wanted to tip me, but I told you the store’s policy. You were one of the nicest people I met during a horrible few years in retail.

In honour of that, I want to offer you a tip: When you talk about gays and AIDs, I recommend acquiring facts first. Both subjects are sensitive, difficult and complex areas of discrimination, stigma and, indeed, death. What is helping us overcome these last powerful categories of discrimination is science, evidence and reason – not knee-jerk outrage, stereotypes and ignorance. I tend to think people are not the sum of a few quotes or even many (written) words: offhandish comments can be, for example, clearly homophobic, but I’m less comfortable with labelling that person a homophobe.

Like most people, you probably care about making the world a better place. I’m sure you’ve participated and done more for charities than I will do in my lifetime. This is, of course, not an excuse to make bigoted or ignorant statements about difficult topics; it’s an indication you’d rather not add to discrimination, not add to mindless stereotypes, not add to the suffering that is perpetuated by knee-jerk stigmatisation of gays and AIDs sufferers (not the same thing, though they can be).

There’s a TV show called The West Wing, which deals with your American political scene. It’s a beautiful and powerful show: I’m not particularly smart and it required me watching it twice to understand most of what was happening. Nonetheless, one of the characters says something important: “When you’re under the magnifying glass, you do what you can not to get burnt”. This, no doubt, is true of all celebrities’ lives. This means your remarks, though unremarkable for large parts of the world, though dismissed when they come from the “racist” or “homophobic” uncle at dinner, go further, strike harder, ring louder than they otherwise would. The same words put into different mouths have different effects.

I think if these emerged from the mouth of someone like Rush Limbaugh, he’d largely be overlooked – since his statements, though wrong and horrible, are so often idiotic we’ve become numb to the drone coming from his studio. People who listen to him are probably already sharing his views.

However, you’re in a position where young people listen and admire you. This, I think, comes with slightly more responsibility, especially when many of them are increasingly – and thankfully – unperturbed by homosexuality.

I’m not going to disparage these people from admiring you. Many want to dismiss you as – forgive these next few terms, I’m merely reporting them and do not endorse them – “meaningless”, as “an airhead”, as “talentless”, and so on. I frankly am not interested in why somebody is famous: I think talent and fame are not the same and, as I do not know you, I can’t speak for your talent in any particular area. I just know you are famous. With that comes the moral responsibility of treating the words you have with a sense of delicacy. The words in Limbaugh’s mouth are broken, the thoughts already bleeding profusely: you still have the ability to handle with care what your thoughts inspire you to assert.

No, I doubt you will inspire some uprising of homophobia of the killings of gays. That occurs anyway without you doing what you did – and that’s the problem: what you’ve not done is inspire the progress toward abandoning homophobia altogether. This is what we need.

I’ve seen many people caught out for saying homophobic things, then criticised as if this will change their minds: what people apologise for is not about the things they said, but for getting caught. This is not even apology but regret. Why do we think attacking somebody who disagrees with us will change his mind? We’ve just caught him in a moment where he’s revealed himself.

Just because many are upset with you should not be a catalyst for you to apologise. Don’t apologise. Stand up for what you think is true. Yes, your view is wrong, by any measure: but, I’d advise you to defend it – not with shifty and mealy-mouthed publicist-talk, but with the pride of your convictions. Defend it so that you will be willing to have others prove you wrong. Sure: you might still continue to believe gays are disgusting, or whatever the case may be. But at least, with your convictions in full-display, you need not be ashamed: you can have someone like the wonderful Dan Savage explain why you’re wrong; you can have AIDS researchers indicate that you’re assertion is a myth and out of touch with reality. If and, hopefully, when you see you are wrong, then you can speak about regretting your views: then you can apologise, since you’d be sincere and you’re recognise what is true. Don’t be forced into maintaining what you think is a lie – that gays are not disgusting, or don’t mostly have Aids. Maintain something because you are genuinely convinced of its reality.

I do hope this finds you well (despite knowing you will never see it). I do hope people are not too harsh on you. And, furthermore, I hope, just as you were nice to me, that I’ve been able to benefit you.

All the best in your future endeavours,