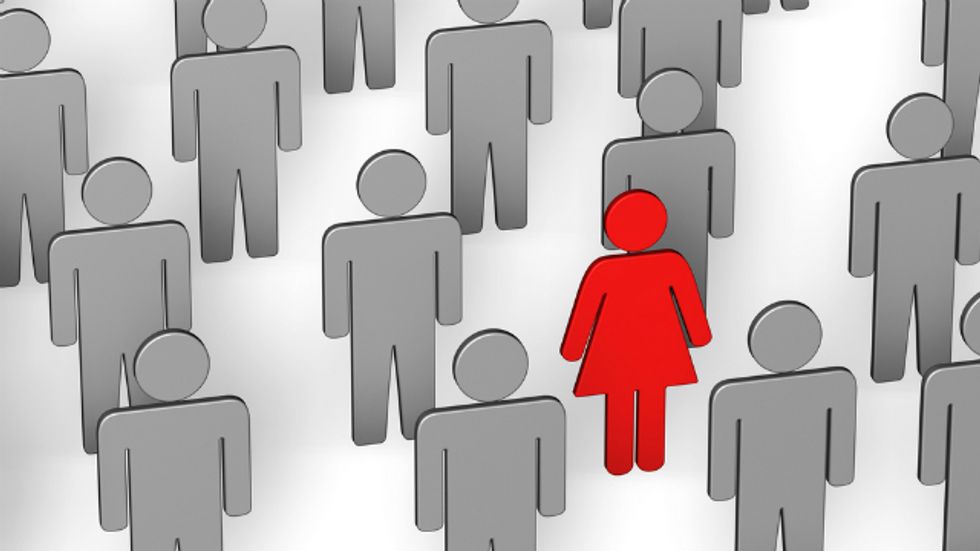 Cybersexism: Sex, gender and power on the Internet

Sexism – whether existing in meat- or cyberspace – is the noise people make who dislike seeing characteristics of those they believe are “normal” (male, intelligent, passionate, articulate) coming out the minds and mouths of those who are not.

Those who make sexist claims – some worse than others, from rape jokes to rape threats – do, however, appear to be a minority. But minority percentage doesn’t mean minority impact on us as individuals.

We only need one person to break our leg, even if most people never do. Those dedicated to voicing their fear of women having opinions (and, basically, existing) might be tiny in number but they are great in their relentlessness, their unforgiving nature, their vitriol.

But it wasn’t the Internet that invented the fear of women abandoning the chains to kitchen, the fear of women who severed the predetermined umbilical cord that hung like a potential noose for their aspirations. The Internet became merely another tool to convey that hate, that fear, that vitriol.

As Laurie Penny reminds us:

Although the technology is new, the language of shame and sin around women’s use of the Internet is very, very old. The answer seems to be the same as it always has been whenever there’s a moral panic about women in public space: just stay away.

Of course, whatever one’s view of “progress”, there’s little doubt most civil, Western societies have rapidly improved their treatment of women in the last century. But just because women aren’t excluded from voting, can marry each other, become CEO’s of powerful companies doesn’t mean we’ve reached equality. What is the case isn’t what should be.

However, those who dismiss concerns of sexism usually backtrack and point to legal and policy equality – ignoring that law doesn’t lead to action. Ask any modern day murderer, rapist or thief. No one thinks that law alone will solve these problems.

Similarly, pointing out that society has legal precedents and so on, which is meant to be sex-blind doesn’t magically make instances of sexism vanish.

There are many problems

Often, when discussing the issue of sexism and misogyny online, many – of all sexes – are quick to draw and stab their swords of banality into every open thread. Dismissal, jeering, mockery, snark: as someone who doesn’t experience sexism directly, it is primarily these reactions to sexism I do experience.

My identity is not important and I’ve tried to always distance myself from it, in my writings. Who I am matters less than whether my arguments are sound.

Or at least it should.

As I’ve slowly and painfully learnt, what should be the case doesn’t align to what is. Laurie Penny, who is around my age and also grew up with the Internet becoming increasingly part of daily life, identifies this hallmark of anonymity and erosion of identity as a central feature of the Internet.

As she writes: “Why would it matter, in this brave new networked world, what sort of body you had? And if your body didn’t matter, why would it matter if you were a man or a woman, a boy or a girl, or something else entirely?”

Instead, as Penny and others discovered, it wasn’t the erosion of identity to a default that vaguely resembled a sexless, non-racial humanoid. The default wasn’t a chalk outline lying on roads well-trodden.

The default wasn’t mere “person”: it was male.

Deviations from this, “opened up” avenues for dismissal, hatred and threats: the hallmarks of fear.

Penny writes, “It turned out the Internet wasn’t for everyone. Not really. Not yet. It was for boys, and if you weren’t one you had to pretend to be, or you’d be dismissed.” She points out that media theorist, Clay Shirky, refers to this as “the gender closet”.

Those who are the targets of sexism don’t need to be told sexism exists; those who do the targeting don’t care it does.

For those of us who are not (direct) targets, what we can do is convey the problem sexism presents; that it exists, that it may affect women directly* but it, to greater and lesser degrees, affects us all.

At the very least, we all have women we love and care for. Whether sexism arises online, in her workplace or school is irrelevant: We don’t want her demeaned or ignored or treated as less of a person because of her sex.

When it comes to online sexism – or cybersexism – the horrific messages women receive are visible to us all, usually in the comment sections of articles women have written, YouTube comments demanding women who appear in clips reveal themselves, Twitter messages and threats. Again: the point isn’t that this sexism is unique or special, only that it’s more visible and it’s not just famous women receiving this abuse (as the links make clear).

Penny confirms this: “It’s not every woman who writes online or runs a blog or plays videogames, but it’s many of us, and it could be any of us.”

People who have faced such abuse are often told to “toughen up”. This is a mindset that has so poisoned the discourse of response to victims that victims themselves often adopt it: A close friend considered herself weak and feeble for not taking “better” action against a much larger, more powerful fellow tenant who essentially stalked her. Women so often wonder what they did to encourage a rape. Victim-blaming arises from the idea that women should be tougher, as if men are some mindless penis force that must be managed** (of course we often do ourselves little favours in overturning this perspective).

We’re not all Samuel L. Jackson or Mahlala Yousafzai: We each have different levels of tolerance and pain. Telling people to toughen up when they’re the victims of wrong is not only unhelpful, it’s also aiding unjustified assumptions about how these actions arise: It’s not because women are weak, it’s because sexists are wrong.

That’s just how it is

The Internet is not some god who makes demands of us, as we cower beneath its sexist, manly might. It’s us. It’s our words, our thoughts, our cat gifs, our idiot jpegs and memes. We create the games, the content, the environment in which we participate. So when people claim “Welcome to the Internet, honey!”, that’s not something we should accept.

Just as I don’t want to live in a country or world where homosexuals deserve execution, I don’t want to use one of our most powerful tools knowing that women will have it tougher. We don’t keep quiet about immorality; we do something to right it.

To give a fairly innocuous example of this mindset, consider how four great comic book creators performed mental gymnastics when talking about sexism in their industry. They spoke about how there simply wasn’t any readership interest in seeing female-focused stories; how superheroes have always been men; how it’s difficult and so on. These are excuses not justifications. As the wonderful Alyssa Rosenberg points out: “The decision to stay within the narrow lanes of your own fantasies is a choice, not biological determinism.”

Penny, in her essay, is exactly encouraging this choice. We should change the Internet. “The idea that this sort of [sexist] hate speech is at all normal needs to end now.”

It’s important this happens because “The Internet is a public space, real space; it’s increasingly where we interact socially, do our work, organise our lives and engage in politics, and violence online is real violence.”

The Internet shouldn’t be the domain of one kind of people.

Considering how the Internet just is a part of life, we should never accept that marginalised groups feel threatened for their mere existence on it - just as most of us wouldn’t accept people of a different race be forced to use different bathrooms.

No real distinction between online and offline

The important thing to note is that there isn’t anything that significant, morally, between online and offline spaces. Indeed, I’m persuaded by the idea of getting rid of prefixes like “cyber” altogether, when there is really is no difference. Cybersexism is just sexism with a digital flourish, but it’s sexism nonetheless. Combatting cybersexism, then, is combatting sexism.

Censorship is frequently yelled when sexism is raised. Penny correctly views censorship as almost essentially conservative. “Censorship of the Internet is surely not the answer, because the Internet is not the reason for the supposed tide of filth and commercial sexuality we’re drowning in.” And she says this as someone who proudly does “fly the flag for sex” and “for love online.”

Penny then is not calling for censorship, but intolerance. An intolerance directed at non-thinking; at ideas that view women as things that shouldn’t be occupying spaces men want. She also later deals with this bizarre thing known as “fake geeks”, which is a slur often thrown mostly at women who partake of traditionally geeky things, like games or comics. Again, we should not tolerate or allow such attitudes to pass by as if it’s part of a culture – or rather as if it should be.

It should not. And those of us who care about the Internet, about various industries that we love – like comics, TV, or film – should continue to speak out where we can against this acceptance, this blind toleration, this dismissal and snark. We should speak out to clear spaces for women to enter and feel safe. Yes, you may never have experienced it – whether you’re a man or woman – but that’s irrelevant: there are others who use the Internet, who want to be part of this culture.

But of course there’s great reluctance since it could mean reflecting on the way you think, on the sites or magazines you read, on the films you tout, on the things you’ve written. No one likes to poke the open wound of their fallibility. Knee-jerk reactions claim the feminists want to control everything, that the feminists are trying to silence or stifle men or things or stories. And thereby they miss the point entirely.

Penny beautifully says of those who have been the targets of feminists and claim to be censored: “They speak of censorship but say nothing of silencing.” Women become silenced through the unchallenged belief that, in whatever sphere, women should just expect mistreatment, harassment, dismissal. That their concerns won’t be treat seriously.

With books like Laurie Penny’s, hopefully we will increasingly become aware and more able to respond; better equipped and more thoughtful in our reactions to one of the last remaining – but one of the oldest – prejudices.