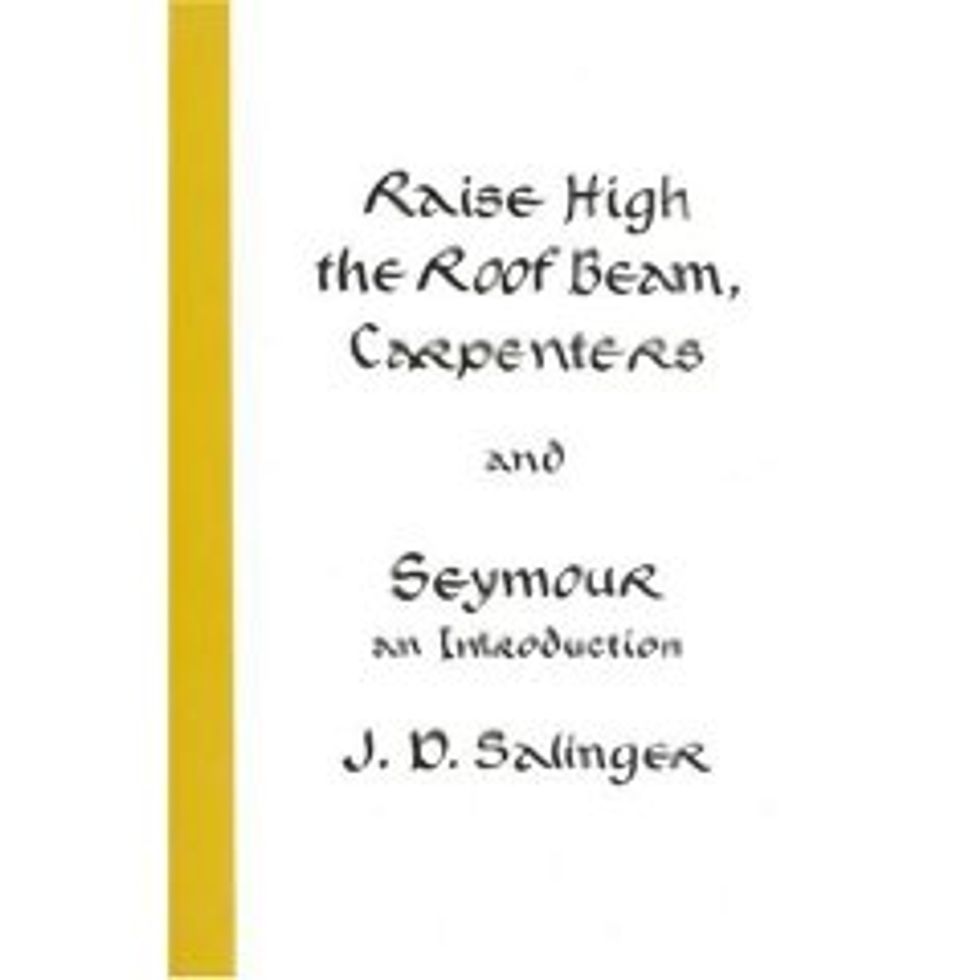 Here are the opening paragraphs of Raise High the Roof Beam, Carpenters; the Zen story Salinger’s narrator references is simply copied verbatim from the classical texts:

“The story Seymour read to Franny that night, by flashlight, was a favorite of his. To this day Franny swears she remembers Seymour reading it to her.

Duke Mu of Chin said to Po Lo: "You are now advanced in years. Is there any member of your family whom I could employ to look for horses in your stead?" Po Lo replied: "A good horse can be picked out by its general build and appearance. But the superlative horse — one that raises no dust and leaves no tracks — is something evanescent and fleeting, elusive as thin air. The talents of my sons lie on a lower plane altogether; they can tell a good horse when they see one, but they cannot tell a superlative horse. I have a friend, however, one Chiu-fang Kao, a hawker of fuel and vegetables, who in things appertaining to horses is nowise my inferior. Pray see him." Duke Mu did so, and subsequently dispatched him on the quest for a steed. Three months later, he returned with the news that he had found one. "It is now in Shach'iu" he added. "What kind of a horse is it?" asked the Duke. "Oh, it is a dun-colored mare," was the reply. However, someone being sent to fetch it, the animal turned out to be a coal-black stallion! Much displeased, the Duke sent for Po Lo. "That friend of yours," he said, "whom I commissioned to look for a horse, has made a fine mess of it. Why, he cannot even distinguish a beast's color or sex! What on earth can he know about horses?" Po Lo heaved a sigh of satisfaction. "Has he really got as far as that?" he cried. "Ah, then he is worth ten thousand of me put together. There is no comparison between us. What Kao keeps in view is the spiritual mechanism. In making sure of the essential, he forgets the homely details; intent on the inward qualities, he loses sight of the external. He sees what he wants to see, and not what he does not want to see. He looks at the things he ought to look at, and neglects those that need not be looked at. So clever a judge of horses is Kao, that he has it in him to judge something better than horses." When the horse arrived, it turned out indeed to be a superlative animal.

I’ve reproduced the tale here not just because I invariably go out of my way to recommend a good prose pacifier to parents or older brothers of ten-month-old babies but for quite another reason. What directly follows is an account of a wedding day in 1942. It is, in my opinion, a self-contained account, with a beginning and an end, and a mortality, all its own. Yet, because I’m in possession of the fact, I feel I must mention that the bridegroom is now, in 1955, no longer living. He committed suicide in 1948, while he was on vacation in Florida with his wife . . . . Undoubtedly, though, what I’m really getting at is this: since the bridegroom’s retirement from the scene, I haven’t been able to think of anybody whom I’d care to send out to look for horses in his stead.”

And so we feel of Salinger himself: no one else, ever since, has found horses quite like his.