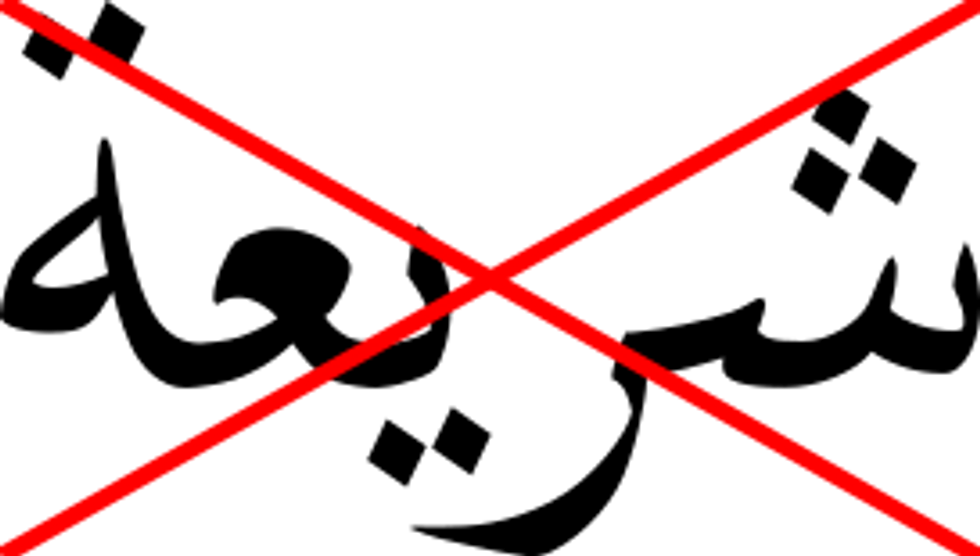 How ironic is it that the FOX News where Sean Hannity has been howling about Imam Feisal Abdul Rauf wanting “Sharia law” to replace our existing laws is the very same FOX News whose parent company, the Rupert Murdoch controlled News Corporation, has as its second largest shareholder Saudi Prince Alwaleed bin Talal?

Prince Alwaleed’s uncle, King Abdullah, actually rules Saudi Arabia under Sharia law. Prince Alwaleed, who is reported to enjoy a close personal relationship with Murdoch, has become so enamored of Murdoch’s media success that he is starting his own 24 hour news station, a venture dubbed the “Arabic FOX News” by Raw Story.

Fox News owner Rupert Murdoch has partnered with Saudi Prince Alwaleed bin Talal to launch a new 24-hour news network for the Arab world, a move that has drawn mockery from Murdoch's critics and questions from media experts. First and foremost among those questions is whether a news service linked to the famously pro-Israeli Fox News will resonate among Arab viewers.

"Fox News, famous for its uncomplicated, gung-ho and pro-Israel stance whilst maintaining a mocking notion of neutrality, does not seem like a likely partner" for the Middle Eastern news network, writes David Roberts at the Gulf Blog. "Their coverage of Middle Eastern issues is far from renowned or competent."

The new channel, based in Saudi Arabia, "will focus on development in Saudi Arabia and the Arab world on the political, economic and social fronts," Prince Alwaleed bin Talal, the world's 19th-wealthiest person according to Forbes, said in a statement. The network will be competing with the two principal international Arabic news services, Al Jazeera and Al Arabiya, and "is going to become an addition and an alternative for viewers," bin Talal said.

In a world based on global financing and international investments, bin Talal’s 7 percent ownership stake in News Corporation is not unusual. But in a world of specious logic and slippery slope arguments whose premises often begin at delusional and devolve immediately into a mass of contradictory absurdities, absurdities that nevertheless attempt to tie the Obama Administration to everything wrong in America today, it is hard to ignore a more direct connection to the very evils that Sean Hannity, Glen Beck and Bill O’Reilly have been blathering about lately.

Last Thursday, popular Fox News host Sean Hannity said the proposed center's leader, Imam Feisal Abdul Rauf, a U.S. citizen who has spent 25 years working to improve relations between the Muslim world and the U.S., wants to "shred our Constitution" and install "Sharia law as the law of the land in America." Sharia is a body of law derived from the Koran and Islamic teachings.

In fact, in his book What's Right With Islam, Rauf writes that "many Muslims regard the form of government that the American founders established a little over two centuries ago as the form of governance that best expresses Islam's original values and principles." (Page 81.) He has never publicly advocated "shredding" the U.S. Constitution or replacing it with Sharia law.

News Corp., the Saudi Prince and the 'Ground Zero Mosque'

I know the FOX News audience, at an average age of 65, is old, but that's really no excuse, at a time when people are more alert than ever in their later years. So how out of touch with reality do you have to be to believe that Sharia law could replace our U.S. legal system? We can barely change the laws we have now when they aren’t working. As unpopular as progressive legislation is to the legions who watch FOX News, it is actually the natural antidote to any push towards a more authoritarian, more repressive society.

You have to wonder about the news producers at FOX News—they must play “Bad Minority Bingo” every week during their production meetings to see which group they will demonize next. But what else can you expect from a media mindset so endemic throughout the entire TV broadcast news industry that Andrew Brietbart will be a featured guest on CNN, MSNBC, and FOX News come fall as a credible political analyst?

A blogger from Planet POV sums this all up:

Both ends of the [political] spectrum are television addicts. They read little, comprehend less and live for entertainment and instant gratification. Unable to digest and bored by news bulletins, their information must be delivered with panache and passion – thus, they need to be “infotained.”

And, as television is an illusion, what if the people voicing opinion on the box, are just selling the brand of what their network is supposed to be? What if the opinionators are merely … salesmen?

There is no doubt that Sean Hannity is a huckster in the tradition of those patent medicine salesmen from the 19th century, who sold potions and poultices guaranteed to cure whatever it was that ailed you. The real question is, why do people keep buying what he and his FOX News cohorts are selling?