Can You Imagine a George Lucas Museum? 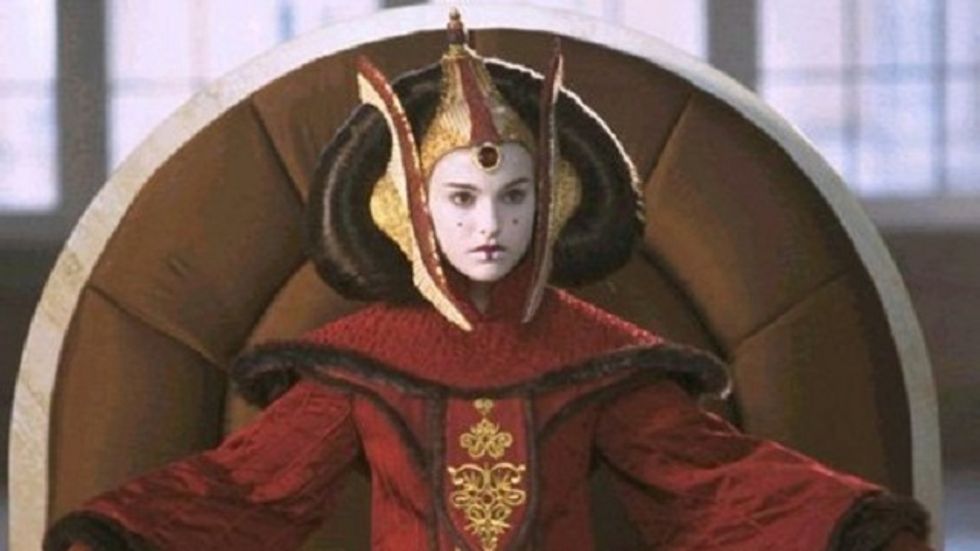 “I’m a storyteller at heart,” Star Wars mastermind George Lucas says at the beginning of his proposal for a new museum to be built on the grounds of San Francisco’s Presidio, “and I understand the power of a visual image to tell a story.” The Lucas Cultural Arts Museum, the proposed name for the museum, “will be a center highlighting populist art from some of the great illustrators of the last 150 years through today’s digital art used to create animated and live-action movies, visual effects, props and sketches.” Many museums offer exhibitions or departments dedicated to this brand of “populist art,” but Lucas’ museum, relying heavily on its founder’s personal collection (and $300 million USD of his money), will explore that art and its influence on an unprecedented scale. A veritable “Death Star” of  public-friendly art, The Lucas Cultural Arts Museum boggles the imagination with possibility. Can you imagine a George Lucas museum?

When the Presidio opened the floor for bids for proposals for the use of the newly available ground, 16 different bidders threw their hat into the ring. I’m sure that they’re all great ideas (a proposed National New Deal Museum sounds especially intriguing), but Lucas’ bid stands out from the crowd, not just because of undeniable star power and Star Wars cash, but also for the epic scope of the idea itself. Lucas never thinks small. “As a popular artist, I hit the same chord with people that [Norman] Rockwell hit, that Michelangelo hit, that the people who painted on caves in France hit,” Lucas told one interviewer. “I relate to art more as an emotional experience than as an intellectual experience.” Most people would hesitate before putting Rockwell, Michelangelo, and the Lascaux cave painters in the same sentence, let alone putting themselves in the same category, but Lucas unashamedly (perhaps grandiosely) goes with his gut, just as he does in his experiencing of art.

Lucas’ skill in synthesizing ancient mythology and modern technology in his films comes into play beautifully in his proposed museum. The filmmaker sees all these disparate artists “united by their ability to capture our shared cultural story—from Rockwell’s pencil sketches to computer generated moving images.” “More than just exhibiting illustration and technological innovation,” the proposal continues, “this cross-section of art can help to describe and define our culture—its past, present, and future. It provides a unique way to see what’s emotionally important to us as a society and how we communicate those feelings without words.” Lucas wants to offer a way to understand that often ineffable emotional appeal of the art that resonates the most deeply with us and roots most deeply into our culture. Whether he (or anyone) can make the ineffable “effable” remains to be seen.

The museum will house most of Lucas’ personal art collection, which he claims has outgrown his 6,000-acre Skywalker Ranch. The first section will feature the best of American illustration, including Norman Rockwell, Maxfield Parrish, N.C. Wyeth, Howard Pyle, J.C. Leyendecker, and others often denigrated as “merely” illustrators. Just as the Delaware Art Museum’s 2011-2012 exhibition Howard Pyle: American Master Rediscovered (which I reviewed here) argued for the continued influence on the American imagination of an artist most people didn’t even know, Lucas’ museum aims to rediscover and reposition these artists often shouldered to the side of other museums. Likewise, the masters of children’s illustration, such as Arthur Rackham, John Tenniel, and Jessie Willcox Smith come out of their corner. “Countless children worldwide continue to come of age with some of the same illustrated stories that have long helped teach right from wrong, nurture young imaginations, and create the magic of story-time each night,” the proposal argues, hoping to prove that kid’s stuff isn’t just for kids, but also for the adults those kids become. Speaking of kid’s stuff, Lucas’ museum will also find room for comic art, with everything from Flash Gordon and Prince Valiant to Mad Magazine. “Perhaps no more irreverent art form exists,” argues the proposal, “yet artistically, comics and cartoon art can be technically sophisticated and witty and are the precursor to early animated movies.”

Lucas’ museum would connect the dots between still and moving pictures seamlessly. As the proposal proposes, comics and cartoons were “a refined kind of visual storytelling, [that] essentially morphed into the use of storyboards to make intricate adventure and fantasy films.” It’s one small step from Ming the Merciless to Darth Vader, but one giant leap from the page to the screen. When Lucas’ museum ventures into Vader territory, the Star Wars stamp is unmistakable, but justified. In the “Cinematic Art and Design—Fashion Design, Costumes” department, the museum will celebrate “the artistry of the cinematic process,” specifically “[t]he intense design processes involved in filmmaking—whether it’s storyboarding and model-making, or costume and set design—[that] have rippled through the broader culture, providing inspiration and sparking creativity.” Even if you didn’t like Star Wars: Episode I – The Phantom Menace, you probably remember the first time you saw Natalie Portman regally dressed as Queen Amidala (shown above; costume designed by Trisha Biggar). The Asian and Middle Eastern influences of that costume and much of the Star Wars look resonate in ways that we the viewers hardly notice, but now could notice thanks to this museum.

The culmination of all this populist art is digital art. Lucas sees digital art as just the latest innovation in a long continuum reaching back to those cave drawings. “The latest renaissance in techniques used by artists to tell their stories came about with the invention of computers,” the proposal argues, harking back to the days of da Vinci. “The current evolution of digital technology allows artists new flexibility and control over their visions… to tell stories and create imagery in ways that hadn’t been possible before.” I’m not a fan of the word “evolution,” because it implies to some people “improvement,” which I don’t think is Lucas’ intent. Instead, I think Lucas makes a valid, and illuminating, point that if da Vinci had an iPad, he would have used that instead of paint on a wood panel. “Renaissance” is much more applicable in the sense of a continuous “rebirth” of imagination fueled by the latest technology.

Is The Lucas Cultural Arts Museum hubris of the highest level? Has George Lucas bought into his own hype? It had to be heady stuff to be called “the greatest artist of our time” by Camille Paglia in her latest book, Glittering Images: A Journey Through Art from Egypt to Star Wars (which I reviewed here). “[George Lucas] is a man of machines yet a lover of nature,” Paglia gushes in her book, “his wily persona of genial blandness masking one of the most powerful and tenacious minds in contemporary culture.” With this proposed museum, Lucas’ days of “genial blandness” may finally be over, as he steps out of the shadows and stakes a claim for populist art as being on the same tier as “highbrow” fine art. Lucas’ proposal calls “[t]he construction and endowment of The Lucas Cultural Arts Museum… a gift from George Lucas to the Bay Area,” but it really sounds like a gift to the world. I doubt Lucas will need a Jedi mind trick (or a Jedi mind meld) to convince the selection committee to pick his plan, but if you want to add your comments, you can do so here. For a museum of populist art conceived by the most popular filmmaker of our time, a little vox populi seems like the perfect “force” to make this dream a reality.