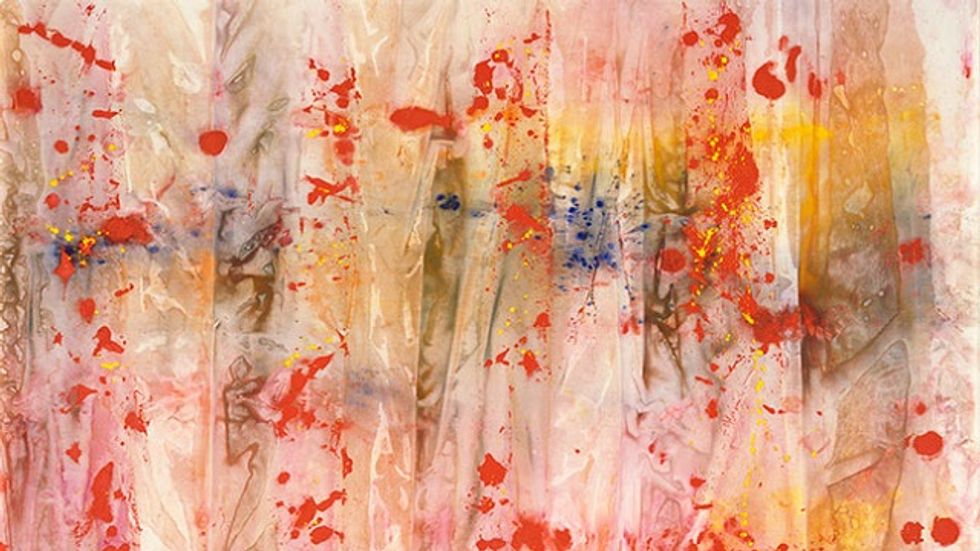 In his recent New Republic article titled “Liberals Are Killing Art: How the Left became obsessed with ideology over beauty,” art critic Jed Perl makes a convoluted argument that liberalism now “find[s] the emotions unleashed by the arts—I mean all of the arts, from poetry to painting to dance—something of an embarrassment.” Embarrassed by emotions, liberals “who support a rational public policy—a social safety net, consistency and efficiency in foreign affairs, steps to reverse global warming—[are] reluctant to embrace art’s celebration of unfettered metaphor and mystery and magic.” Beginning with that quick hop, skip, and rhetorical leap from global warming to art appreciation, Perl stands up a series of liberal straw men to knock down in his overall accusation that liberals see art just as political (or politicizable) content at the expense of aesthetic pleasure. In resurrecting an old school argument from more than half a century ago, Perl asks if liberals are killing art, but ends up making readers ask if conservative critics are killing art instead.

“Instead of art-as-art we have art as a comrade-in-arms to some more supposedly stable or substantial or readily comprehensible aspect of our world,” Perl complains. “Now art is always hyphenated. We have art-and-society, art-and-money, art-and-education, art-and-tourism, art-and-politics, art-and-fun.” Perl thus uses the code word “hyphenated” to hint at marginalized group art (“African-American” or “Trans-gender”) before oddly making up non-confrontational hyphenations such as “art-and-society” that I’ve frankly never seen (and come up empty in a quick Google search). “Art itself, with its ardor, its emotionalism, and its unabashed assertion of the imagination, has become an outlier, its tendency to celebrate a purposeful purposelessness found to be intimidating, if not downright frightening.” Perl calls for a defense of “purposeful purposelessness” in art against those who only apparently want purposeful purposefulness (whatever that means). He sets up a false opposition between emotion (a term he leaves intentionally vague) and content connected to the real world. Why can’t we have both? The word Perl leaves out is propaganda. It sounds, at least to me, that all that hyphenated art has an agenda (perhaps liberal) and he wants agenda-less (“purposeful purposelessness”) art.

But as W.E.B. Du Bois pointed out in his “Criteria of Negro Art,” “[A]ll Art is propaganda and ever must be, despite the wailing of the purists… I do not care a damn for any art that is not used for propaganda. But I do care when propaganda is confined to one side while the other is stripped and silent.” Perl’s the wailing purist Du Bois talks about way back in 1926. Perl proposes that artists can somehow choose not to have an agenda, to not propagandize. But as philosopher Jean-Paul Sarte pointed out, we always have the freedom to choose, but we never have the freedom to not choose. In other words, to choose to make art without some kind of content (or the more emotionally charged word “agenda”), we choose to make art that avoids or represses that content, to turn our back on what’s happening in the world.

Feminist artists have long complained that the absence of art focusing on women and their issues is a repression of their existence. Lynn Hershman Leeson’s film about the women’s art revolution begun in the 1970s, !Women Art Revolution (which I reviewed here) presents the marriage of woman artist Ana Mendieta and Minimalist male artist Carl Andre as a passion play of this opposition between feminist content and the drive for contentlessness. When Mendieta fell to her death from a 34th floor window 8 months after the wedding after an argument with Andre, she became a martyr figure for the women’s movement—a symbolic death of the female voice at the hands of muting Minimalism (even though Andre himself has never been charged and the circumstances behind Mendieta’s death remain a mystery). In response to Perl, artists such as Judy Chicago would respond that liberals aren’t killing art, the social gatekeepers are by restricting what’s allowed and what’s not. For Chicago, women who don’t make women-centered art are playing along with society’s repressive power. The time may come some day for women artists to be free to make any type of art, but that time hasn’t arrived just yet.

Perl cites The New Yorker’s Alex Ross as an example of a liberal enforcing some kind of politicized litmus test for art in a profile of Russian conductor Valery Gergiev. Perl’s concerned by Ross’ complaint that Gergiev “dabbles in politics, yet insists that politics stops at the doors of art,” something that Ross calls “an old illusion.” “There was something in the mingled broadness and offhandedness of Ross’s comment,” Perl writes, “the sense that this was not just an illusion but an old illusion—that set me to wondering and worrying.” The fact that Ross’ point relates to Gergiev’s relationship with Russian President Vladimir Putin and Gergiev’s silence over Putin’s administration’s homophobic laws may have something to do with Perl’s “wondering and worrying.” Ross doesn’t call for Gergiev’s silencing, but he does call Gergiev out for remaining silent on such an important issue. Gergiev has the freedom to choose silence, of course, but Ross justifiably sees that as “an old illusion” of safety that Gergiev can’t hide behind forever and hope that the LBGT community will just go away quietly.

Ross stands as the one contemporary example of liberal policing of art for Perl before he steps into his time machine to reunite with Lionel Trilling, Irving Howe, and the critical battles of the first half of the 20th century. After brief rehashing of liberal attacks on T.S. Eliot’s anti-Semitism and Ezra Pound’s flirtation with Fascism, Perl uses that long-past-freshness-date evidence to claim that such artists have had their work marginalized by liberals because of their unattractive political views. He then circles back to claim that such censorship exists today on a broader scale in that artists with not just unattractive political views but even those with no political views can’t find a place at the cultural table. Who these liberals are (aside from the weak example of Alex Ross) remains a mystery in Perl’s piece.

Perl sets up a false dichotomy between emotion and content as if only non-figurative art can be emotional and figurative art must be, as Perl puts it, as rational as the global warming debate for liberals.  As Hilarie M. Sheets recently wrote in her ArtNews article, “The Changing Complex Profile of Black Abstract Painters,” Black artists working in the abstract genre are finally gaining more recognition, but not necessarily at the cost of losing all relevance to the African-American experience. “[White Minimalist artist] Donald Judd didn’t have to explain himself. Why do I have to?” Sheets quotes African-American abstract artist Jennie C. Jones as an example of an artist “who has grappled with the issue of how her work can or should reflect her race.” It’s great that some African-American artists feel the freedom to choose to not to put the African-American experience in their work, but it’s equally great (and important) that other artists feel the need to put that experience into their work, such as Sam Gilliam’s 1970 abstract painting Red April (shown above). Gilliam painted Red April as an emotional response to the murder of Martin Luther King, Jr. MLK doesn’t figuratively appear in the work, but Gilliam evokes his presence and death abstractly. Such art works on multiple levels—both Perl’s emotional and liberal ones—simultaneously.

But what if Perl gets his wish? What would that art look like, his ideal “purposeful purposelessness” art? Jerry Saltz recently complained about how contemporary abstract art’s become a “look-alike” game in which artists try to suit typical wealthy buyers’ taste rather than make art that addresses their own and/or societal concerns or desires. “It’s colloquially been called Modest Abstraction, Neo-Modernism, M.F.A. Abstraction, and Crapstraction,” Saltz writes. “I like Dropcloth Abstraction, and especially the term coined by the artist-critic Walter Robinson: Zombie Formalism.” If Perl gets his wish, art will feel the zombie apocalypse of formalist conformity. In response to what Perl sees as liberals enforcing strict political correctness, he hopes to enforce apolitical correctness—a mindless art of pure, vague emotion that doesn’t ask troubling questions and quietly supports the status quo. (Perl should read New York Times’ conservative columnist Ross Douthat’s “In Search of the Conservative Artist” before he argues that the liberals have a monopoly on artistic content.) Perl ends with one more false opposition—overly rational liberal sensibilities versus “illiberal” art, “something from which liberal sensibilities all too easily recoil.”  “Art, however, is by its very nature overheated, hot-headed, unreasonable—and, dare we say it, sometimes illiberal,” Perl concludes. “Without ardor there is no art.” My mind’s eye immediately went to the most “overheated” painting I could think of, Pablo Picasso’s Guernica—a painting full of the expansive madness Perl praises, yet also full of the rational content he condemns as constricting. Guernica cried out against the complicit silence that helped make Fascism rise. Perl’s conservative criticism threatens to silence such troubling, beautiful, and, yes, emotional voices once more.