Why Today's Healthy You Has Trouble Planning for Tomorrow's Sick You 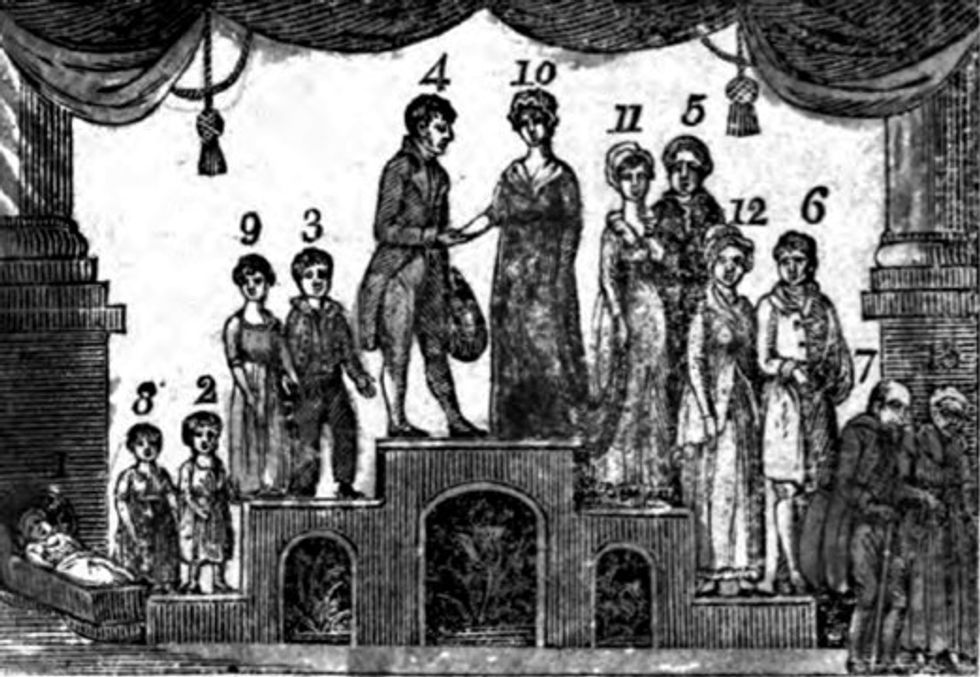 An aging man, a physician, learns he has Alzheimers. Determined to avoid the worst of it, he assembles a lethal collection of pills. As the next few years pass, the bottle in his nightstand comforts him with the thought that he'll have them when the right moment comes. But what comes instead is the moment when he can't remember what the pills are for. This is a true story. I heard it by the man's son, because we'd been talking about living wills, advanced medical directives and other instruments Americans are encouraged to wield at the end of life. I'd asked him about a nagging doubt I had: It concerns the gap between I, David, aged 54 and in good health, creating my instructions for end-of-life care, and I, David, aged 84 and terminal, who has to live under those instructions. Those two aren't the same guy.

I think of this as the Krapp's Last Tape problem (after the Beckett play in which 69-year-old Krapp torments himself by listening to the taped ramblings of men he scorns and despises: Himself, at age 39 and age 20.) We are expected to make these immensely consequential decisions about how we wish to be treated when when we are sick, feeble, demented—but those choices are to be made when we're none of those things. Should we be confident we know today what we'll want tomorrow?

Research suggests we should not be. For instance, in this paper (pdf) on the legal implications of people's "incorrect, intuitive theories about the impact of disability on happiness," Peter A. Ubel and George Loewenstein note that paraplegics and blind people aren't markedly less happy than typical people; nor do colostomy patients and dialysis recipients report sadder lives than ordinary people. Yet those ordinary people estimate that being paralyzed, blinded, having kidney failure or getting a colostomy must be life-ruining catastrophes. The research on colostomy patients, detailed in this study, was especially revealing: The researchers found the expected gap—people with colostomies adapted and felt OK, non-patients asked about colostomy said they expected it would be a terrible thing. Here, though, is a wrinkle: Colostomies, in some cases, are reversible. So the authors could compare people who had permanent conditions with those who had been through the experience and returned to a more typical life. It turns out the former colostomy patients also thought the procedure was terrible. They recalled their lives with colostomy bags in a very negative light, while people who must live with such a bag for the rest of their lives felt pretty much fine. (Ubel, a physician and social scientist now at Duke's Fuqua School of Business, calls this effect "the dark side of hope.")

In academia, "Rational Economic Man" is a model of the mind and a theory of human behavior, and it's under assault. However, in the institutions that organize our lives, Rational Economic Man is an unspoken assumption—an article of faith that can't be challenged because it's not even stated explicitly. So it is with end-of-life planning. Creating a medical directive involves estimating what will be acceptable and what will be unbearable to us in some future state, and the evidence is that we're terrible at making such estimates. Why the mismatch? Because our legal structures for this stage of life are based on "rational economic man" assumptions: first, that people see supposedly objective facts in the same way, no matter their own situation; and, second, that people are coherent and consistent over time, so we can assume that their preferences expressed at age 39 are still valid at age 69; and, third, that because of the first two, you can be sure you know today what you will want in that final hospital bed 25 years from now.

A pretty unfortunate situation, all in all. What to do?

That's not a rhetorical question. I'd very much like to hear from you, readers, on two points. First, have any of you had an experience, yourself or with a loved one, in which this problem came up? Second, are any of you aware of any practical approaches to end-of-life planning that take the Krapp's Last Tape problem into account? Please leave your thoughts and stories in the comments section, or if you prefer, email me at the address in my bio.