Why Morality Is Entwined With Our Sense of "Us and Them" 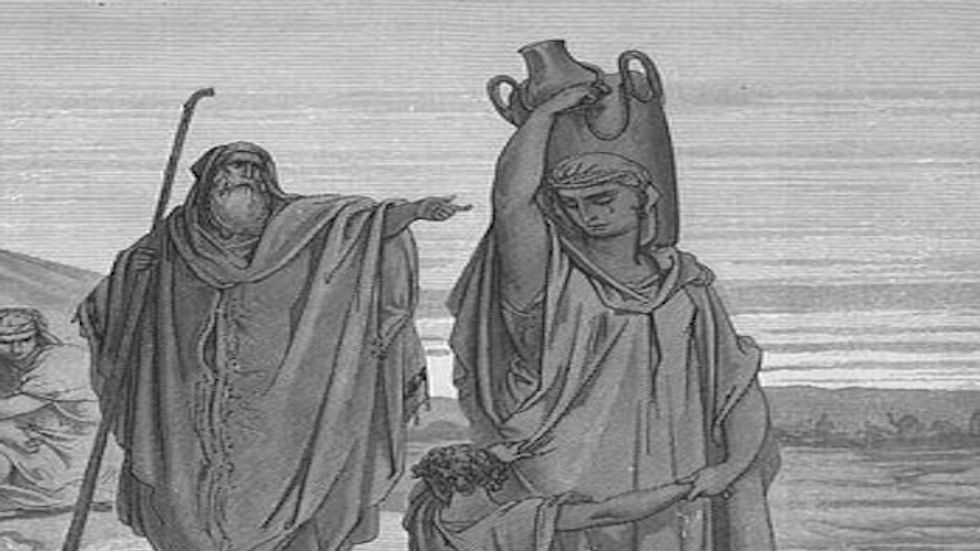 In his interesting review of Jonathan Haidt's The Righteous Mind last month, the philosopher John Gray makes an important point about evolution-based attempts to account for human morality. To explain ethical behavior in evolutionary terms, we have to accept that morality is "groupish"—that curbing one's self was and is a matter of doing one's part for the group of which one is a member. Whatever its merits as a model of morality's origins, Gray notes, this notion, baldly stated, fails to do justice to moral dilemmas in the present.

"Human beings rarely, if ever, belong to only one group," he writes. "One of the tasks of morality is to arbitrate the clashing loyalties that regularly arise from the many group identities that human beings possess." This is right in the abstract (though I'm not sure it's fair to Haidt, who doesn't claim that we are all only members of one group at a time). But Gray seems to conclude from this fact that "groupishness" is irrelevant to the mystery of morality. He goes on: "In some cases, morality may lead people to put aside group loyalties altogether." And there the evidence is against him.

Here is his illustration:

In his diary recording the persecution he suffered in Nazi Germany, Victor Klemperer reports on tradesmen and neighbors occasionally slipping him and his wife food and chocolate. Against the background of pervasive hatred and cruelty that Klemperer experienced, these fitful expressions of kindness must qualify as moral behavior. But they are in no sense “groupish.” Quite the contrary: they show people setting aside group identities for the sake of human sympathy.

For the sake of human sympathy? Well, maybe, but what people usually say they did in such times is different. They say they set aside their identities for other identities. So they still refer to groups—just not the groups to which they were (often without their consent) assigned. Those who slipped Klemperer food or a kind word were still being "groupish." They did so because he was a fellow academic, a fellow German (non-Nazi version), a fellow Christian, or a neighbor.

Here's the first example I came across, leafing through my copy of Klemperer this morning (it's on page 226):

Zaunick, a grammar school teacher and honorary professor of something to do with physics at the TU, a man around fifty, once indebted to me, recently came up to the car as were parked at Bismarckplatz. Party badge. Could easily walk past without acknowledging us, could at the most greet us. But comes up with evident heartfelt pleasure. How am I, whether I have stayed in Dresden, how sorry he is…What have I published recently? "Wait and work!" — "for posterity?"—"One has to wait and see." Hearty handshake and sorrowful withdrawal. A Party member!

Is Zaunick here expressing some sort of abstract human solidarity that has nothing of the group about it? I guess the case could be made, but that's not how Klemperer commonsensically perceives it. This Nazi is a fellow academic, who once owed Klemperer a favor, if not money. After some nice words, he goes on to emphasize this shared identity by making academic shop talk. Zaunick puts aside group loyalty to the Nazi notion of a good German in favor of a different group, not no group.

In other words, people don't resolve the moral dilemmas Gray cites by ignoring their group identities; they solve them by choosing among those overlapping versions of themselves. Or, at least, struggling with them: Christopher Browning, in his The Origins of the Final Solution, notes that the Nazi official Wilhelm Kube, who was responsible for occupied Minsk, was troubled by transports of German Jews into his Eastern European fiefdom. "Among these Jews are front veterans with the Iron Cross first and second class, war wounded, half-Aryans, and even a three-quarter Aryan," he wrote. A few lines later, he added: “I am certainly tough and ready to help solve the Jewish question, but human beings who come from our cultural sphere are something other than the native bestial hordes."

Now, Nazism figures in moral arguments as an extreme case, but I wouldn't want to base a claim only on Third Reich examples. So here's another, non-Nazi, illustration of the practical effects of group-switching within a single mind: During the trial of several police officers accused of abusing Abner Louima in 1997, it emerged in the testimony that during the night of the incident, a police officer found himself in the men's room next to a Haitian man whom he had arrested and beaten up. When the cop spotted a crucifix around the other man's neck, he apologized for what he'd done. He also believed in Jesus, he said. The suspect merited more moral consideration as a fellow-Christian than he had as an alien "perp."

Now, it may be that there are instances in which moral conduct takes place without reference to any identity. I can't think of any, but no one should trust their intuitions about issues like this, and it it's an empirical question (I don't know if anyone has tried to address it). An even more important empirical question is how and why people do their group switching, and why among people with the same allegiances, some will switch (from, say, "cop" to "Christian") while others don't. But after spending a fair amount of time researching this, I've concluded that most acts of moral courage and defiance don't disprove the claim that ethics is tied to "groupish" psychology. On the contrary, those actions, when explained and justified, support the notion that morals and "usness" are connected.