Why Are Humans So Drawn to Stories? 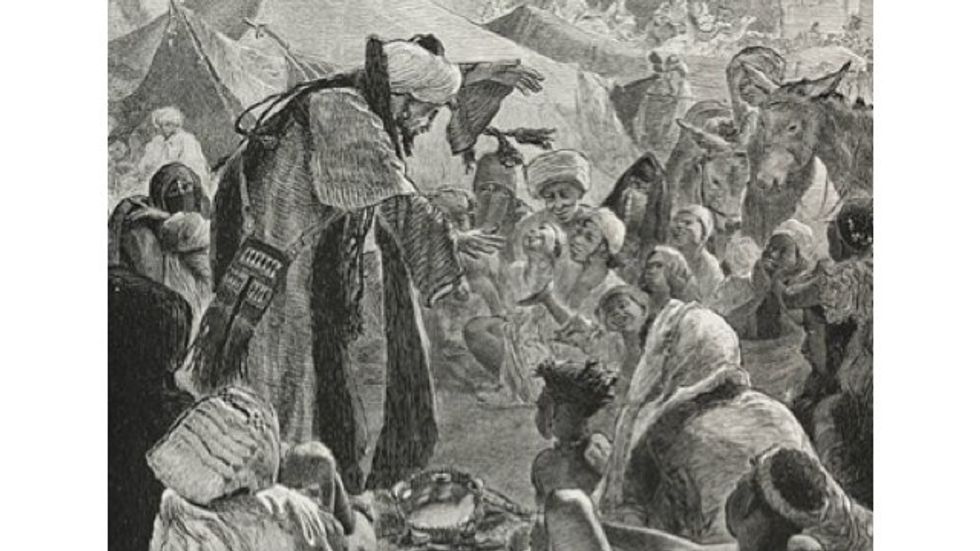 Literary types used to run the world. To understand life and society, people counted on great orators and poets and interpreters of sacred texts. Political, moral and literary power were the same: Apt analogies and convincing metaphors were taken as arguments, not just pretty wordplay. In medieval Europe, to see the King's relationship to his people as like that of God to the world was no "mere figure of speech." It was the source of your obligation to give the king absolute obedience. In ancient Rome, having an eagle drop a wolf cub in your lap wasn't just a poetic image of unwanted elevation to high office. It was a reason to bet on you to become emperor. Or maybe on your being eaten by wolves. Literature can be ambiguous, after all. But the important point is that everyone agreed that a striking story told something important about reality.

Today, the literary folk have given way to the numbers people. The modern gold standard for truth about ourselves, and the foundation of political action, is measurement and its resulting statistics. How many pregnancies does abstinence education prevent? How much did the crime rate go down after that change in our gun laws? How much better did the children do who experienced this teaching method? Don't just tell me a story; show me the numbers.

This rationalist devotion— to data and the numbers that data creates—is new in human history. Many psychologists and philosophers think it's a thin overlay that doesn't have much influence on the real life of the mind. At least, it's a fact that statistics, probability and other quantifiable approaches to understanding the world are pretty hard for people to grasp. Instinctively, we still seem to prefer stories. And so those psychologists and philosophers have claimed lately that narrative structure is a deep, essential part of human nature.

In his lively and readable new book, The Storytelling Animal, for example, Jonathan Gottschall argues that we live our entire lives in a web of story—not just when we're consciously taking in narratives from the news or the movies but whenever we dream, daydream or (if we happen to be children) play make-believe ("as automatic and insuppressible as dreams," Gottschall points out). That's a lot of time, and Gottschall argues it's not just an accidental byproduct of other mental activities. He suspects that stories conferred an advantage on our ancestors, such that if there were ever people who didn't tell tales, they died out, leaving only us—night-dreaming, day-dreaming, anecdote-remembering, TV-serial watching suckers for a tale.

Some have argued that stories fascinate because they let us rehearse future problems. Before the big date, you recall friends' tales, movies, TV plots, and it helps you negotiate the experience. Gottschall is pretty convicing that this can't be right. After all, you aren't likely to struggle for the throne of Denmark after your father is bumped off by your uncle, nor are you going to end up flying over New York in a wearable piece of armored weaponry—yet you can still be interested in Hamlet or The Avengers. Nor does Gottschall think stories compel us by offering a pleasant escape from our humdrum lives: Dreams and child's play, like videogames, movies, TV, books and drama, are chock full of monsters, disasters and death—the "fat red thread" that ties together all forms of human narrative, he notes, is trouble, not pleasure.

So what's the deal? Gottschall thinks stories are a kind of simulator for future experience, but not in an explicit, when-I-get-my-chance-to-be-Iron-Man way. Rather, he writes, stories train implicit memories—the knowledge you have without knowing that you know it. In other words, Hamlet's draw isn't that it will give you good tips on handling your struggle to run Denmark, but rather that it will give you three hours' more practice at empathizing with others, judging their actions and evaluating their motives. You won't remember the specifics, any more than you recall how you learned to ride a bike, but the practice, like all practice, will help.

Tomorrow's Post: It's very popular these days to assert that story-telling is central to the human experience (not least because we who tell stories for a living love the idea). But is the idea just trendy "narrababble"?