This is Your Brain on Ukraine: Can People Be 'Nudged' Away From Crazy Behavior in a Conflict? 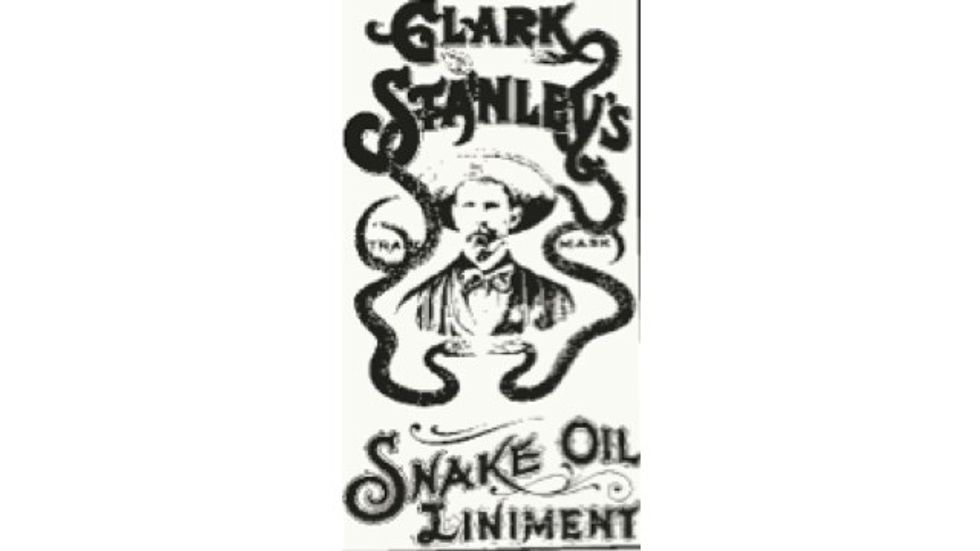 Over the past few years, government has discovered that it can accomplish a lot when it sets aside the notion that human beings are rational. Rather than giving people good reasons they should pay their taxes on time, or take out microcredit loans, or get more exercise, agencies have leveraged social anxiety for the taxes, printed pamphlets with pretty pictures to spur the loans, and shrewdly situated reminders to get feet out of elevators and onto steps. And they're happy with the results. So tax collectors and public health mavens and development experts are now very keen on behavioral economics. But there is one part of public life in which these techniques, as far as I know, have not made a dent. A part of life where, to use the Cass Sunstein standard, "people make a lot of mistakes, and that those mistakes can prove extremely damaging." That is the realm of conflict based on identity—relations between races, ethnic groups, nations, religions and other categories for which people are willing to kill and die.

In fact, when a government addresses people's common cognitive errors in this realm, it is usually trying to make matters worse—to augment the fears, anger and anxiety that make unreasoning behavior more common. Indeed, a good working definition of political leadership is exploiting people's feelings about identity in order to make them do what you want—for good or for ill. We need to fight this war because Americans defend freedom. They are our slaves because they're inferior. If we don't attack, people just like your grandmother will be killed. Where are the tools that help people see errors and master themselves? If behavioral economics can do it for tax payments and weight loss, can't the discipline address the deadly errors that surround our national, religious, racial and ethnic identities?

You can see those errors in full flower in the ongoing crisis in Ukraine. Indeed, Vladmir Putin's strategy for keeping Ukraine under control depends for its success on these cognitive errors, which is why his regime is, by its actions, promoting them.

Error 1: One Identity Counts, 24/7. This is the bedrock on which the Russian invasion of Crimea was predicated, and the basis for Putin's claim that he can—nay, must!—intervene when there are threats to Russian who don't live in Russia. If you are Ukrainian, you can't be Russian. If you are Russian, you can't be Ukrainian.

No sensible person believes this on a normal, peaceful day, when she cycles from one identity to the next (mother at school drop-off, accountant at work, woman on a bus full of men, middle-aged person walking by a gaggle of adolescents). It's not a sequence of costume-changes—as our conservative friends like to remind us, you don't lose your identity as a Christian when you're exercising your identity as a voter. But in the course of a day, one or another of your identities is "salient," as social psychologists say. In many parts of the world, this identity-shifting includes different ethnic identifications and languages. Such seems to be the case in Ukraine, where many people are bilingual, in both the western "Ukrainian" half of the country and in the Eastern "Russian" part.

This natural cycling may be the reason that experimenters over the years have had little trouble getting people to change their perceptions about which identities mattered. In this study, for example, an experiment in Lebanon with Muslim and Christian 11-year-olds at a summer camp had to be terminated early because of vicious conflict between two groups. No, not Christians and Muslims. The fighting was between the Blue Ghosts and Red Genies, two teams that had not existed before the experiment and which both included children of both religions.

When conflict comes, though, one identity comes to feel paramount—the one that is threatened. The shared experience of being parents, or neighbors on a street, is forgotten: Only the difference between our group and yours is allowed any weight. In that Lebanese experiment, even religious ties were set aside in the deadly-serious Ghosts-against-Genies struggle.

The association also works the other way: If you want conflict to come, you talk up the importance of one single identity, and suggest that it is under threat. This is what the Russian government is doing now in Ukraine. Though it is the least-demanding (and thus most tempting) way to think about the conflict, we onlookers should resist, as Timothy Garton Ash has explained:

Start by abandoning the labels "ethnic Ukrainians" and "ethnic Russians". They mean almost nothing. What you have here is a fluid, complex mix of national, linguistic, civic and political identities. There are people who think of themselves as Russians. There are those who live their lives mainly in Russian, but also identify as Ukrainians. There are innumerable families of mixed origins, with parents and grandparents who moved around the former Soviet Union. Most of them would rather not have to choose.

What happens in such traumatic moments is that identities switch and crystallise quite suddenly, like an unstable chemical compound to which you add one drop of reactant. Yesterday, you were a Yugoslav; today, a furious Serb or Croat.

So everything that is done in and for Ukraine over the next weeks and months must be calculated to keep that identity-compound from changing state.

Too bad we have so few resources, other than a general appeal to reason (uh-oh), to protect the identity compound from getting hard-edged and dangerous.

Meanwhile, the Russian strategy is precisely the opposite. So far, news reports suggest it hasn't worked too well in the cities of Eastern Ukraine, with the demonstrators and building occupiers being made up mostly of young men with bats and old people nostalgic for the Soviet past. But that's no reason to be complacent about the future. The transformation of an identity, from part of one's multi-card deck to all-encompassing, is often swift and surprising. No nation is doomed to the process, but no nation is immune, either. (In 1979, for example, two American scholars confidently noted that ethnic strife was a thing of the past in Yugoslavia. "Both states [Yugoslavia and the United States] firmly reject the notion that national and ethnic divergencies should be the source of discriminatory treatment for their respective citizens,’’ they wrote.)

Error 2. Groups are people. Speaking of groups as if they were individuals is built into our language, it seems. We say "China wants to play a role in Africa," or "the Republican party wants to win" or "Iran wants a nuclear bomb." It's a common synecdoche to treat the nation as a stand-in for every single member (as if all 1.3 billion Chinese people wanted to increase their influence in the Sudan, or as if every Iranian wanted to have a nuclear weapon). But this inclination runs deeper than metaphor. Research suggests people are inclined to see collections of creatures as single superorganisms. In a striking experiment years ago, Paul Bloom and Csaba Veres showed undergrads some films of very simple abstract colored dots moving about like schools of fish. Yet the undergraduates saw them as a single object—and they explained these objects' movements in terms of will, intention and emotion. For example: "The blue dots would not let the green rectangles pass. However the green rectangles did not seem to mind and didn’t try that hard."

This is a convenient mental shorthand, of course, and often serves us well. If you're being tormented by a motorcycle gang, for instance, you shouldn't waste time asking about the subtle differences between Ed, who is egging everyone on, and Jim, who is a go-along, get-along reluctant participant. In the moment of crisis, they're all the same. However, when we see a nation as a single being, we don't see the diversity of opinion within it. We imagine (and governments promote the illusion) that millions of people speak with one voice, favoring only one policy.

Error 3: The Zombie Theory of Identity It's easy to believe that someone's belonging to a nation, race or religion actually obligates that person to behave in a certain way—if they're unfamiliar. It's not something we'd ever believe about ourselves or the people we know well, because we know that individuals differ. But it is easy to believe about those other people. We Americans know that Americans are not all eager to kill Muslims and insult the prophet. Yet a surprising number of us believe that being a Muslim means one has to be a supporter of terrorism.

The zombie theory of identity is another attention-conserver. It lets you think that once you know the essential identity fact about someone you can then predict what he will do. And it justifies taking pre-emptive action. In Urkraine, the Putin government promotes the notion that Ukrainian speakers cannot respect or take into account the needs of Russian speakers. And that fosters the impression that certain kinds of behavior just happen, because of course no one involved has any choice. What is in reality a carefully engineered arrangement of events gets interpreted as inevitable.

All three of these errors pose a classic problem of the sort behavioral policy types love: How to persuade people to see the nature of their systematic and predictable errors, in order to help them avoid the consequences of making those errors. I can think of a few possibilities. To avoid error 1, people need to be reminded of their many overlapping identities and the ties that link them across boundaries. They need to understand that "Us or Them" situations arise because people think they have arisen. To avoid error 2, people need to remind themselves of the multiplicity of opinions and commitments within all the collective bodies of people that they are tempted to see as behemoths that act like a person. To avoid error 3, remind people that identity is not a thing you have, but a thing you do.

But these are stray thoughts. I invite my behavioral-oriented readers, especially those who have had experience designing policies to encourage recycling or higher rates of saving, to consider the perfidious and ongoing problem of errors about nations, ethnic groups and other identities. What sort of nudges might behavioralists use to help people avoid the terrible outcomes we see when these mistakes are allowed their full scope?