Testosterone Study Doesn't Prove Men Are "Meant" To Do Childcare 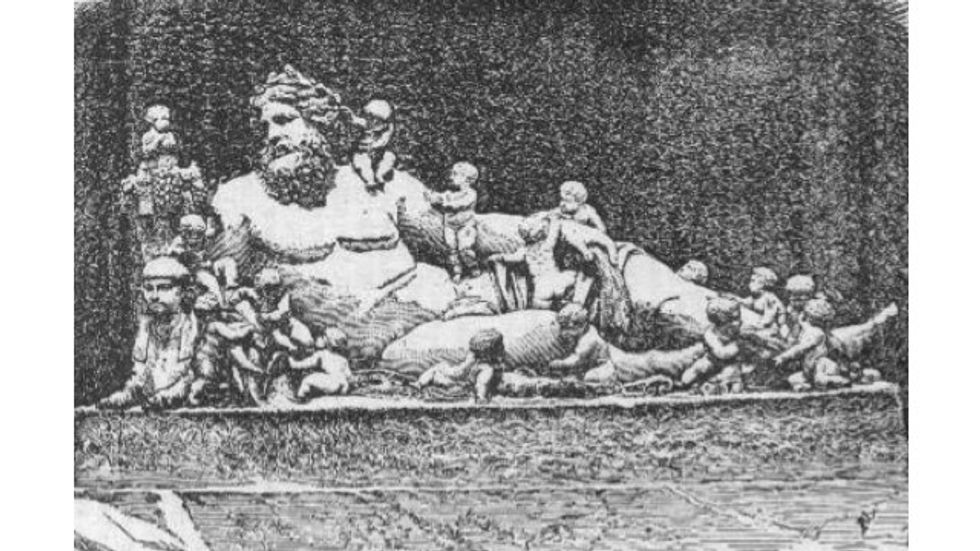 Take two strapping young men. Give one of them a job as a lifeguard from May until September. For the same period, pay the other one to "farm gold" in World of Warcraft, sitting in a windowless basement. Come fall, the one who has been baked by the sun will be tan (a consequence of his skin's having produced more melanin in response to all those rays). The other guy, after months in front of a glowing screen, will be vampire-pale. Does the first guy's tan prove that men are "meant" to be lifeguards? Nope. Evolution equipped him with a biological response to his circumstances, but a biological process is not a destiny. Back in the real world, this study shows a similar effect, except the substance in question is testosterone. It's an important demonstration that testosterone drops when men care for children. But the hype around it—that human males are "designed" for fatherhood—is nonsense.

The study, published yesterday in The Proceedings of the National Academy of Sciences, was born out of a fascinating project that has tracked hundreds of males from birth through adulthood in the Philippines. It compared the waking testosterone levels of 624 young men and found that single men had higher levels of the hormone then did men with partners, while men who had children had even lower levels. Moreover, the men who were the most heavily engaged in caring for children had the lowest levels of all.

The new paper, by Lee T. Gettler, Thomas W. McDade, Alan B. Feranil, and Christopher W. Kuzawa, seems to close that door. Human males, like those of a lot of birds and some other creatures, appear to have higher testosterone levels when "mate-seeking" and lower ones when child-rearing. Does it then follow that, as Harvard's Peter Ellison told Pam Belluck, that us human males are "meant to be active fathers and participate in the care of our offspring"?

I think not. What the study has shown is a causal link from behavior to testosterone level—in a man caring for children, levels go down. But the crucial cause-and-effect runs in the other direction: We need to know that a drop in testosterone level causes fatherly behavior. The study didn't address that (and there's no reason it should have). Instead, people chatting up the study have presumed that losing testosterone is a cause of general fatherly niceness.

At first blush, of course, it seems a safe presumption. Testosterone is supposed to be associated with aggression and status-seeking and sex-chasing, so it "makes sense" that men who need patience, kindness and loyalty should have less. But an intuition isn't proof. Though measurable, the difference in testosterone levels between active fathers and bachelors may not have any practical effect on their behavior. It may, in other words, be like the difference in melanin levels in my hypothetical example: A biological difference caused by different environments, licensed by evolution but behaviorally meaningless. (I'm not saying this is more likely; but the fact that it's possible means people who say men are meant to do childcare are jumping the explanatory gun.)

Even if the connection is made between testosterone levels and prosocial behavior, that still wouldn't establish that human males are naturally supposed to do childcare. As Belluck writes, among the previous studies of fatherly testosterone is this study of East African men, which compared Hadza fathers, who are heavily involved in childcare, with Datoga, who are not. The Hadza men had lower testosterone levels than did the Datoga men. Interesting and informative, but let's just remember why the study was possible: the Datoga men exist. Their culture is as real as the Hadza or ours. Evolution permits a wide range of being male, and apparently that includes both Hadza and Datoga ways.

Of course, evolution doesn't "mean" us to do anything. It's not God. If we want to personify it, call it a gambler, throwing us out into the world, learning from what happens as we cope. The PNAS paper offers a fascinating and important result about the physiology of parenthood. But it's not a guide to life. So fear not, oh bachelors and Don-Draper style fathers. You're as natural as the rest of us.