Should You Be Able to Sue the Government That Nudged You?

"Nudge" policies are spreading across the globe because they supposedly offer a less expensive and more effective way to get people to make the "right" decisions. In the original formulation, such decisions are defined as those that people would like to have made, had they not been hobbled and blinkered at the time by irresistible irrationality. 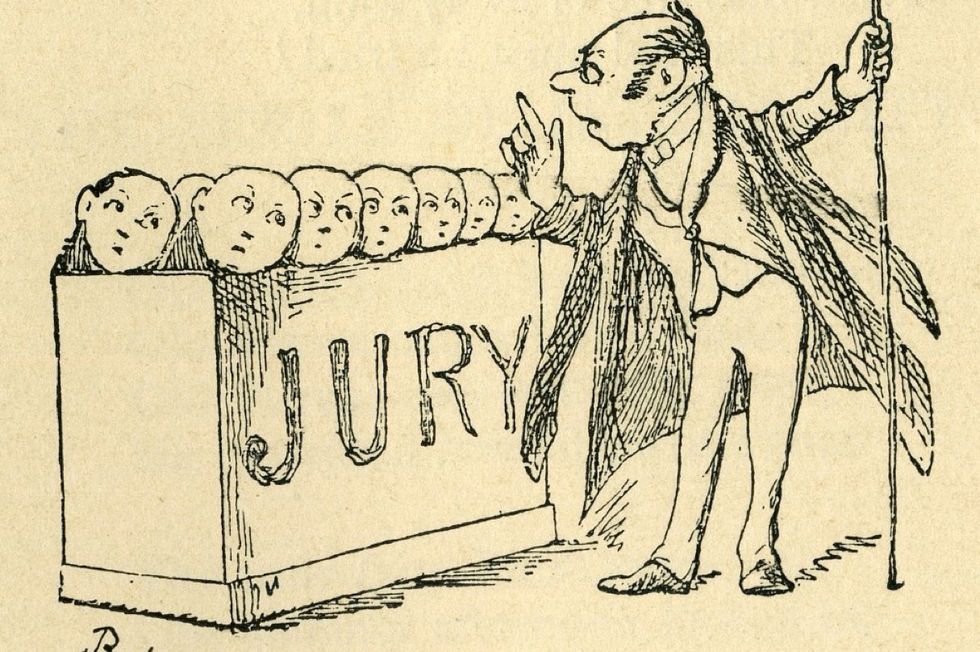 "Nudge" policies are spreading across the globe because they supposedly offer a less expensive and more effective way to get people to make the "right" decisions. In the original formulation, such decisions are defined as those that people would like to have made, had they not been hobbled and blinkered at the time by irresistible irrationality.

As practiced by governments, non-profits and companies, though, the ideal is not always respected, and supposedly "nudgey" policies are often justified as benefitting society as a whole. Critics of the nudge approach often ask how the nudge squads can be so sure that they know what people would want if they were in their right mind, or even what is best for any individual, or for society. Experts, after all, often make mistakes. A recent conversation along those lines got me to wondering: If a citizen feels she has been hurt by a decision that she was "nudged" to make, should she be able to sue the nudgers for damages?

To make the question specific, let's take one of the most famous examples of a beneficial nudge: a widespread shift in the paperwork that new employees confront when dealing with their companies' retirement plans. For decades since the first 401(k) plans were instituted in the 1980s in the United States, employees had to fill out forms and wade through various choices in order to take part. To encourage more people to save for retirement via these plans, policies (and laws) were changed to shift the bureaucratic chores onto those who chose not to participate. This simple switch from "opt in" to "opt-out" paperwork greatly increased participation in 401(k) plans.

In the 2008 crisis, those 401(k) plans lost about a quarter of their value. Suppose then, that someone who took that pension bath were to sue the employer, or government, that nudged her into trusting her retirement to the stock market. I would have been better off spending the money on a nice car and fine dining, she argues. You must compensate me.

What would be the defense? No doubt one line would attack the claim that the nudge caused our hypothetical employee to invest in the plan. After all, there are many good reasons to save for retirement. And decisions are complex. Who is to say that it was the nudge, and not other considerations, that made the employee choose? It is very hard to establish a causal line from an influence to an individual's decision. Even glowing reports of success for nudge policies are based on population reasoning. Organ donation in Austria, which presumes people's consent, is nearly universal, while the percentage of the population that agrees in Germany is only 12 percent (because Germany doesn't presume consent, and therefore requires organ donors to take extra thought and trouble to sign up). From these kinds of statistics, it stands to reason that moving from "opt-in" to "opt-out" in organ donation policy will change participation rates. But it doesn't let you predict that any particular Hans or Beata will agree. It's hard to translate a general influence into a chain of causes that affected one person's life.

A second possible defense might be that companies, and policymakers, cannot be blamed for using a consensus of certified expert judgment to make policy. A subsequent change in expert opinion can't be held against the bureaucrat who relied on that opinion when it was certified as sound. This is a logical defense, but there is something troubling about it being used in the context of nudge policies. The reason? Nudges are supposed to be unobtrusive. Both the retirement and organ-donation examples I've cited involved changes in "choice architecture" to gently impel people toward the "right" decision.

This lack of explicitness is a distinct contrast to the blunderbuss tools of pre-nudge policymakers, with their taxes, fines and penalties for undesirable behavior and their subsidies, tax credits and other incentives for desired actions. Consider two ways a company tells you to watch your weight. One involves imposing a higher health insurance premium on you for being obese. This makes you very aware that the company wants to impose a cost for your lifestyle choices. But the second method involves altering the "choice architecture" of your workplace, so that the elevators aren't as conveniently located as the stairs, where you see posters about how everyone knows the stairs are good for you.

Confronted by Method #1, you know that some entity is attempting to influence you, and it is a simple matter to find out its rationale—to check the experts on whom it relies. But Method #2 is unobtrusive by design. If the "nudge" works correctly, you can't evaluate the attempt to influence you, because you aren't aware of it. How can you then research and critique the expert opinion that is being used to change your actions? I suppose that there is not, and should not be, a legal difference between an "experts-told-us" defense of Method 1 and Method 2. But politically there is a big difference between, one, relying on expert advice to convey an explicity message to citizens and, two, relying on expert advice to manipulate those citizens outside their awareness.

Can any readers think of other possible defenses to a lawsuit claiming that a nudge was harmful? I'd be interested to know. (And, of course, if anyone knows of an actual case, I'd very much like to hear about it.) For the moment, I am struck by this: To the extent that these defenses are correct—both "you can't prove our nudge made you do it" and "the experts told us this would be best, before we learned they were wrong"—they are also arguments against implementing nudge policies in the first place. What is the use of a policy that is supposed to influence individual behavior, if you can't prove it changed any individual? And how can a democratic electorate evaluate and challenge expert opinion if it isn't aware that expert opinion has been engaged?