It's Not 'Demonizing' If I Sincerely Think You're A Demon 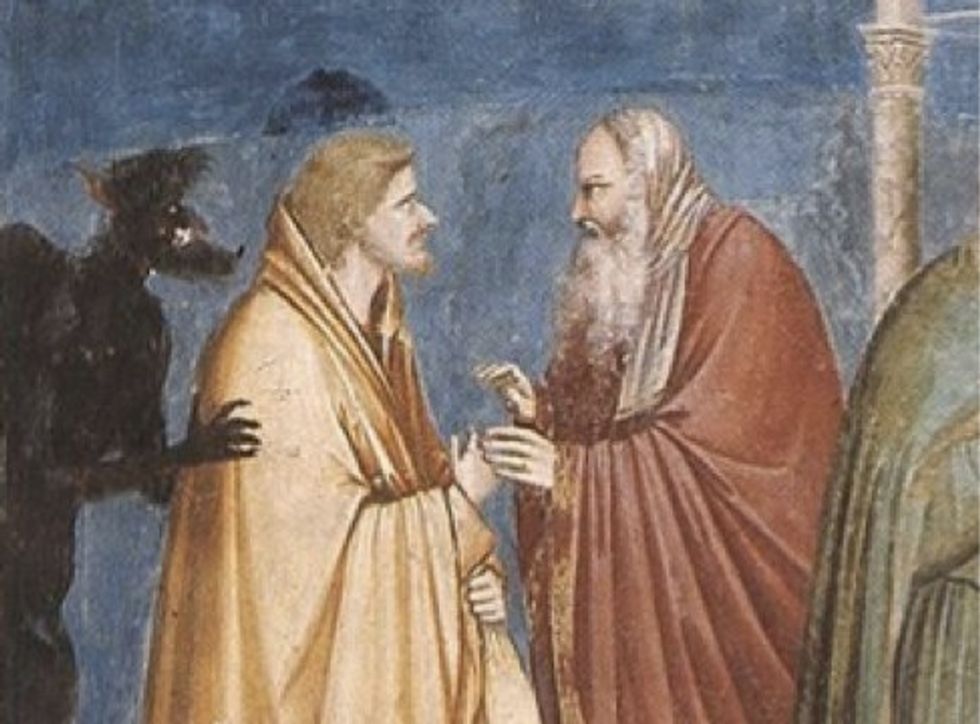 I've spent a lot of time thinking about both the means and consequences of demonization. And like most Americans of my generation I generally think it's a terrible thing. To portray a fellow citizen as if he were too wicked and monstrous for a seat at the table—no, no. Let us reason together! But a couple of recent Web controversies have gotten me thinking about this issue from the other direction. It is one (reprehensible) thing to demonize me when you know perfectly well I'm an ordinary person. But what if you're convinced I'm a demon? Are you obligated to "humanize" me? And if you can't humanize me, how are you supposed to politely negotiate a compromise with me?

What first brought this to mind was a series of exchanges between Jonathan Chait and Ta-Nehisi Coates about racism. Long story short: Chait's position is that the United States has made significant progress in the years between chattel slavery and the election of a black man as President. Coates' is that the problem of white supremacy persists, making hopey-changey talk on the subject ridiculous. "White supremacy does not contradict American democracy—it birthed it, nurtured it, and financed it," Coates wrote. He quoted Malcolm X: "You don't stick a knife in a man's back nine inches and then pull it out six inches and say you're making progress."

Chait was unnerved by this. So was Andrew Sullivan. I think the subtext of both their reactions was the same: Coates' position makes normal democratic politics impossible. In his interpretation (with which his arguments dragged me into agreement, dammit) today's Republicans are the willing heirs, and beneficiaries, of evil. So when they make their arguments for cutting social services or requiring photo ID's to vote, they aren't simply politicians aiming to satisfy their donors or reduce the opposition vote count. They're helping to perpetuate immoral, systemic racism. And you want me to negotiate a farm bill with such people? We can't work with that, Chait and Sullivan made clear. (Coates' impressive and dignified reply was that this is not his problem. He is a different kind of author, who writes to understand the world, not to move politicians.)

Chait has now made the case even more strongly that there's too much insincere, facile demonization in American politics—post-Coates-debate, he published this, which argues that both right and left are plagued by people who refuse to acknowledge that the other side can be principled (rather than racist) in its beliefs.

Not long afterward, a similar back-and-forth erupted on the web over gay marriage. It was triggered by another Atlantic blogger, Conor Friedersdorf, when he argued that not all opponents of marriage equality are bigots. Some people are against gay marriage because of their religious convictions, he wrote, and they should not be demonized for that.

What happened next on the Web? As happened in the commentary around Chait-versus-Coates, some people argued, like Friedersdorf, that opposition to marriage equality is one of the political stances a reasonable person can take in this glorious rainbow of democracy in which we live. So be nice. And others replied that wanting to deny equal rights to gay people is an absolute wrong. Once again, in other words, one side was saying, come now, don't demonize those humans. And the other was saying, come now, don't humanize those demons.

These were both brouhahas among more-or-less lefty people like yours truly. But of course the same kind of conflicts arise on the other side of the political spectrum. If you well and truly believe that abortion is murder, for instance, it is very hard to imagine how you can see a pro-choice senator as just another pol, doing her job. If you sincerely think God ordained marriage to be between a man and a woman, then you too will see gay marriage as humans-versus-devils.

So: how, when such a conflict arises, do you resolve it, so that politics (based on the assumption that we are all members of the same community) can proceed? How do you get people to see others as normal, if they are really and truly convinced that those others are wicked?

Beats me. All I know at the moment is that the conventional wisdom to which I've been adhering—that we should all listen to one another, and avoid stigmatizing anybody—is starting to feel like a pretty thin gruel. The trouble is that some demonization is sincere and heartfelt, and therefore lies deep in the roots of people's motivation to engage in politics in the first place.

"If conviction is not simply a component in an endless liberal debating society," Stanley Fish wrote, "there is always going to be some point at which you are going to say 'Not X; them we burn.' " The occasion for this observation was Fish's account of Areopagetica, John Milton's defense of tolerance and freedom of speech—for Protestants. Catholics, meh—them, we burn. Milton, Fish wrotes, imagines "a better life for himself and for his fellows. But he knows that such an imagination requires the equally strong imagining of what actions, what agents, will have to be excluded from that better life, or else it won't be any better." The trouble with calling for tolerance and understanding is the implication that all who see demons are demonizing, and can be brought back to civility on the subject of race, or health care, or marriage, or climate change. But when people see real demons, they're not in a debate or a bargaining session. They're in a war.