How Strong Are Your Relationships? Drop a Few Mails Into This Analyzer, and Get an Estimate

A website will analyze your emails and chats and estimate how well you are in sync with your partner, frenemy or whoever. 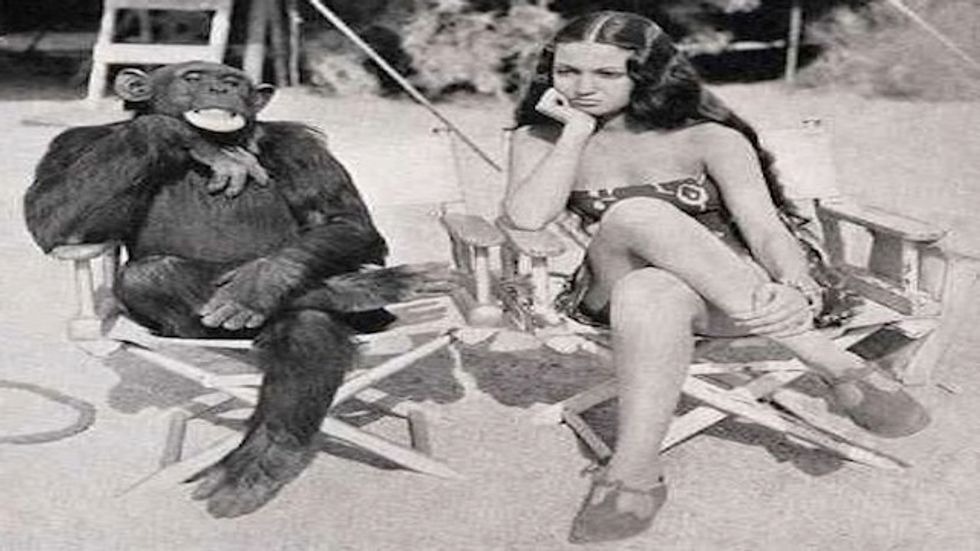 "Most people are other people," Oscar Wilde wrote. "Their thoughts are someone else's opinions, their lives a mimicry, their passions a quotation." You get the feeling, somehow, that he thought this was a bad thing. Seems likelier that it's just an inevitable fact about a species whose members depend for everything on each other. No single one of us has wings, claws, beaks, or any easy way to make a laptop or a catch a tuna. What we have, instead, is our relationships to other people, through which come laptops, tuna, other necessities—and the sense of connection without which we're miserable. We create a lot of ourselves by imitating others, then, and that's not only because we lack enough lifetimes to reinvent all human knowledge. It's also because imitation makes it easier to communicate information and connect emotionally. "Almost immediately after a social interaction begins," write Molly E. Ireland and James W. Pennebaker in this paper, "verbal and nonverbal behaviors become synchronized."

You can keep reading to learn more about their work. But if you'd rather participate actively, just go to this website, where you can drop the text of instant messages, online chats, emails, letters, poems or other writing that you and another person have exchanged. The researchers' software will analyze it and give you its estimate of just well you are in sync with your partner, best friend, detested rival, local frenemy or whoever. "The more that the two people are paying attention to each other in their interaction," they claim on the site, the more their writing styles will match.

The paper (published recently in the Journal of Personality and Social Psychology, and the full pdf version is available here), explains what their program measures: the degree to which you and your correspondent match in your use of pronouns, prepositions, articles, conjunctions, auxiliary verbs and other words like "he," "she," "it," "or" and "the." These "style words" don't depend on the content of what you're talking about, but rather on the situation you're in (that's how you know who he is) and the grammatical form of the sentence you've written (that's why you chose the instead of a).

Because the use of these words doesn't depend on the subject of your conversation, they reveal your personal language style. So it's here, too, that you can change your style to make it more like the other person's in the exchange. "Language Style Matching," the authors argue, is the written equivalent of the way people in conversation sync up their posture, gestures, gaze, breathing and—as I posted last summer, perhaps even their brains—when they are in conversation.

The paper describes experiments on students at the University of Texas which indicate, the authors write, that style stays pretty consistent over time, and can be measured by mapping the use of "style words." In another experiment, they gave students truncated passages of Stephen King, Elia Kazan and Arthur Hailey, and asked them to finish the stories. Even when asked to do so in the style of the authors, the students generally didn't succeed. That suggests that people don't have the control to change their style at will. (Instead, everyone is the way John Updike described himself: whatever he set out to write, he said, what came from his pen was a John Updike sentence.)

If people are generally more or less consistent, then it should be possible to measure when they're diverging from that average style in order to sync up with someone else's. Analyzing written exchanges beween two people, Ireland and Pennebaker's technique produces a score on a scale from 0.0 to 1.0. The closer it is to one, they believe, the better the match in styles, which is a proxy for how attentive, warm and engaged two people are with each other.

To test the theory on some real writing pairs, they analyzed letters between Freud and Jung, then poems exchanged between Robert and Elizabeth Barrett Browning, and finally Ted Hughes and Sylvia Plath. For Freud and Jung, the researchers worked with English translations of the original German, which makes no sense to me—how can they know if they're measuring Freud or Freud's translator?—so, no more of that. For both literary couples, though, they find the greatest amount of stylistic matching in the periods when their marriages were happiest (long for the the Brownings, famously short for Plath and Hughes).

Me, I tried email exchanges with a couple of very good friends, both of which scored .93 ("far above average"), which made me feel warm and fuzzy, despite the site's warnings that the test is a work in progress and shouldn't be over-interpreted. Emails between my spouse and I scored .83 (slightly better than average, but I think I can explain that, he added nervously). At which point, feeling I had nowhere to go but down, I broke off. But I suspect I'll be back.