How Global Warming Leaches Nutrients Out of Food 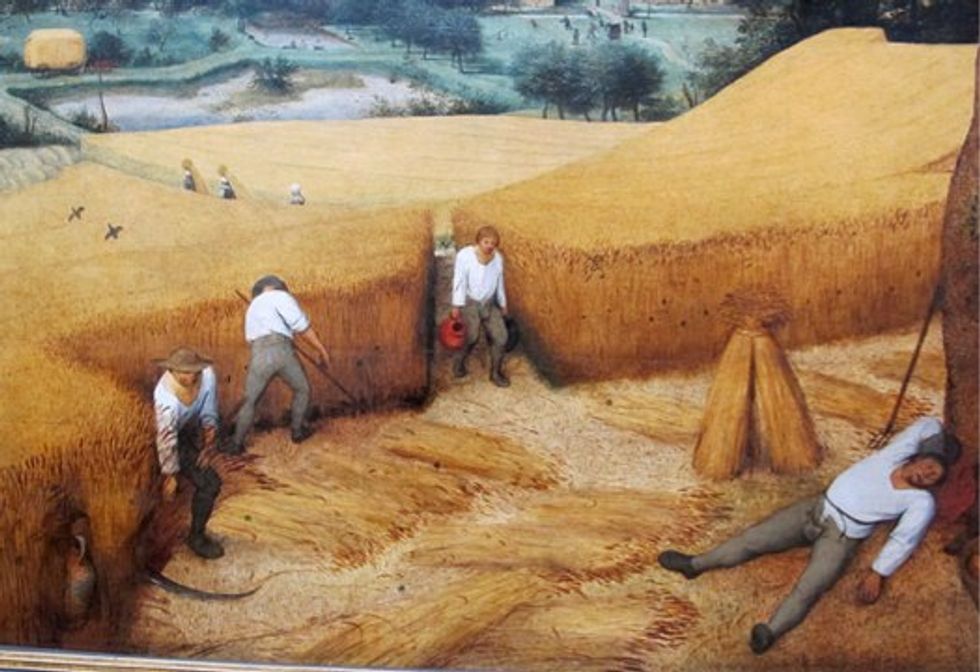 One of the few supposedly silver linings to be found in the dark cloud of global warming is its effect on agriculture (at least in some regions). As optimists and the who-cares crowd like to note, in the hotter world we're making, some areas might actually increase their production of food crops. According to a raft of recent studies, though, even that pale ray of hope is false light. They've found that increased levels of atmospheric carbon dioxide (the main greenhouse gas) have an unfortunate effect on the nutritional value of plants. There's not going to any reason to celebrate greater quantities of food crops when the quality of food is declining.

In a paper out this week in the journal eLife, the mathematical biologist Irakli Loladze has analyzed data from thousands of experiments on 130 species of food plants performed in "free-air CO2 enrichment experiments," looking for effects on quantities of 27 chemical elements. (He used elements because plant metabolism is so complex that looking for the effects of carbon dioxide on complex molecules has produced only conflicting results.) People don't need large quantities manganese or potassium they get from plants, but they do need some. And for billions of people, plants are their only source.  Loladze's analysis found that increased carbon dioxide reduces mineral content.

Moreover, the CO2 also spurs increases in starches and sugars in the same plants. In other words, with increases in atmospheric carbon dioxide, the valuable nutrients in these food crops are scarcer, and carbohydrates are more abundant—in effect, the nutrients are "diluted." With higher CO2 levels, plant's store of digestible sugars and starches rises between 10 and 45 percent, Loladze notes, quoting previous studies. Loladze believes it reasonable that there is an inverse relationship between the amount of carbohydrates in a food plant and the amount of proteins it offers. As the latter increase in familiar foods, the former decrease.

It's important to note that Loladze found the effect only for plants that use the less complex and effective c3 process of taking up carbon from the atmosphere. Some important food crops, like maize (what we Americans call corn), get their carbon by a different metabolic process (c4), and for those crops (which generally evolved to thrive in tougher conditions than their c3 counterparts), Loladze found no nutritional effect. Which sounds kind of like good news. Except that he thinks one reason for the difference is simply lack of data on the c4 plants. Also to be filed under "not so good": the c3 group includes crops that sustain many millions of people, including rice, wheat and potatoes. (Also quinoa, if you're following that trend.)

Now, a number of people have proposed a link between global heating and the global spread of obesity, through the effects of climate change on people's psychology. (Here, for example, Tom Laskawy explains how climate-induced food insecurity could lead people to eat more obesity-promoting foods.) But Loladze suggests there may be a direct physiological connection between the two crises: By raising the atmosphere's level of carbon dioxide, we may be ensuring that our staple foods become more "obesogenic." "What are health consequences," he writes, "of diluting every 100g […] of raw plant products with a spoonful of starch-and-sugar mixture? What are the consequences if the dilution is not sporadic but lifelong for every plant eater?"

There are competing theories about why carbon affects the nutrient value in plants. In this paper, published last month in Nature Climate Change, Arnold J. Bloom and his colleagues say they have found evidence for one: Carbon interferes with plants' conversion of soil nitrogen into the molecules that we eat food to obtain. The proof, they write, is in data from wheat plants grown in the 1990s in air with different concentrations of carbon dioxide. The higher levels of CO2 correlated with lower levels of nitrogen uptake.

As reported here, Bloom believes the overall amount of protein people get from their food plants will drop some 3 percent if climate change proceeds on its current track. That won't be because crops dramatically fail (that's a separate threat). It will be a more insidious change in the foods we trust.

An easy no-rocking-the-boat way to compensate for such a decline would be to simply dump more nitrogen on the plants in the form of fertilizer. Unfortunately, our fertilizing methods are so inefficient that today worldwide out of 200 million metric tons of fertilizer used in agriculture, only 60 million stays put and fertilizes crops. The rest is carried off in rain, streams and rivers, where some contaminates ground water, and the rest flows into the sea. There, all the excess nitrogen feeds colossal population booms of algae. Such a boom scarfs up all the available oxygen around it, driving away fish and other life. Result: Vast dead zones along coasts where people once fished. So that food solution would worsen another food problem. Climate change really has no silver linings.

UPDATE 5/8/14: Since I wrote this post, the journal Nature's latest issue came out with another report of nutrient loss in food due to global warming. Samuel S. Myers and his co-authors report that c3 grains and legumes, when grown with the concentrations of CO2 expected for 2050, have lower amounts of zinc and iron. Those are both essential nutrients, which 2 billion people already fail to get enough of in 2014. Moreover, Myers et al. found that c3 grains also had lower concentrations of protein when they grew with more carbon dioxide in the air. They recommend that plant breeders start developing strains of crops that resist this carbon effect.