How Far is Tehran From Your Door? Your Estimate May Depend on How Scared You Are 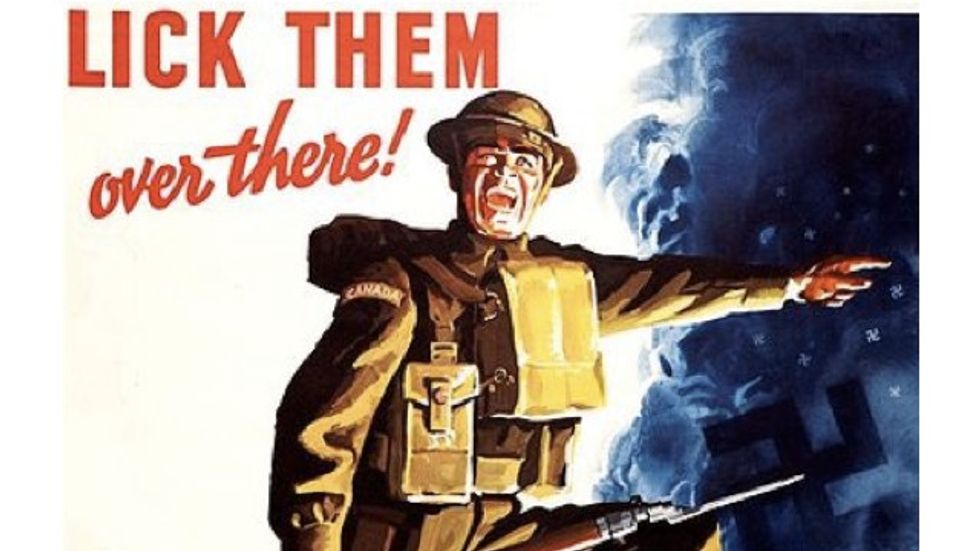 Feeling threatened changes people's perceptions of other people. Before World War II, for example, American university students described the Japanese as artistic and progressive, while the Chinese were supposedly treacherous and deceitful. By 1943, those stereotypes were reversed—just as American descriptions of brave, hardworking Russians in 1942 gave way to images of cruel, conceited Russkies in 1948. Now this study, in the current Personality and Social Psychology Bulletin, suggests that fear also alters people's perceptions of geography. For example, the authors found that Americans who fear Mexican immigration estimate Mexico City to be closer than it is (and closer than less-concerned Americans think). And die-hard Yankees fans think the Red Sox's Fenway Park is closer to New York than do people who don't care about that rivalry.

It's the Yankees-Red Sox result that got all the press this week, but the whole paper, by Y. Jenny Xiao and Jay J. Van Bavel, is well worth reading. (A pdf is here.) The baseball experiment—giving candy to 46 Yankees fans and 27 non-fans at a game in 2010 in exchange for their answers to a few questions—was just the first of three interesting tests. People whose responses indicated that they really cared about the Yankees put Fenway Park slightly closer to New York than it actually is—and slightly closer than Camden Yards, stadium of the (then completely unthreatening) Baltimore Orioles. In fact, the Baltimore stadium is slightly closer than Boston's, as the non-fans correctly guessed.

But of course most of life isn't lived at war or in baseball arenas. In regular life, the identities that matter to us rise and fall from awareness in accordance with what is happening at the moment. You might be a Yankees fan, but in the context of a political argument, that identity might never come to mind, so caught up will you be with being a Tea Partier or Occupier or Third Way Democrat. And what goes for identity also goes for relationships between groups. Boston can be the home of the enemy Red Sox (bad!) in one conversation but the site of the great original patriotic Tea Party (good!) in another. So for their second experiment Xiao and Van Bavel looked to see if they map the effects of this kind of difference: They wanted to see if the same place felt closer to people it spooked than it did to people who saw that place in a different, non-threatening context.

They had NYU students and staff read about New York City's other great university, Columbia. Some read an article that made Columbia out to be entirely superior to NYU (ouch!) while others got a version that even-handedly compared the two schools. Asked afterward to estimate the distance from NYU to Columbia, people rated Columbia as closer than it actually is—if they were strongly identified with NYU. People with no particular feeling for NYU, on the other hand, guessed that Columbia was further than it is. Xiao and Van Bavel think this is the default for uninvolved people: any discussion of a difference between two groups will make them seem more different. That will make them feel more literally distant to people who don't have the personal stake in the comparison.

Now, you might have noticed that in both these experiments, the notion that people feel threatened (Yankees fans by the Red Sox, NYU folk by Columbia) was presumed rather than measured. So the authors did a third test, where they asked directly how people felt. They asked 329 NYU undergraduates some questions about their identity as Americans, and their views on immigration from Mexico. Then they asked them to estimate the distance as the crow flies from New York to Mexico City (and, for comparison) to Vancouver (part of that big, friendly country Americans aren't afraid of) and Los Angeles. Results: people who felt threatened by immigration thought Mexico City was closer.

Interestingly, though, this result only appeared among people who were strongly wrapped up in their American identity and who were worried about the cultural and psychological effects of immigration. That is, these were people who strongly agreed with statements like "I am proud to be an American" and statements like "Immigration from Mexico is undermining American culture." However, people whose fears were more practical and economic (sample statement: "Mexican immigration has increased tax burden on Americans") did not imagine that Mexico is closer than it is. It seems fear of dilution and disappearance—not rational dollars-and-cents concerns—is what makes it feel like the Other is too close for comfort.