Game of Thrones: The Sadness of a World Without Science 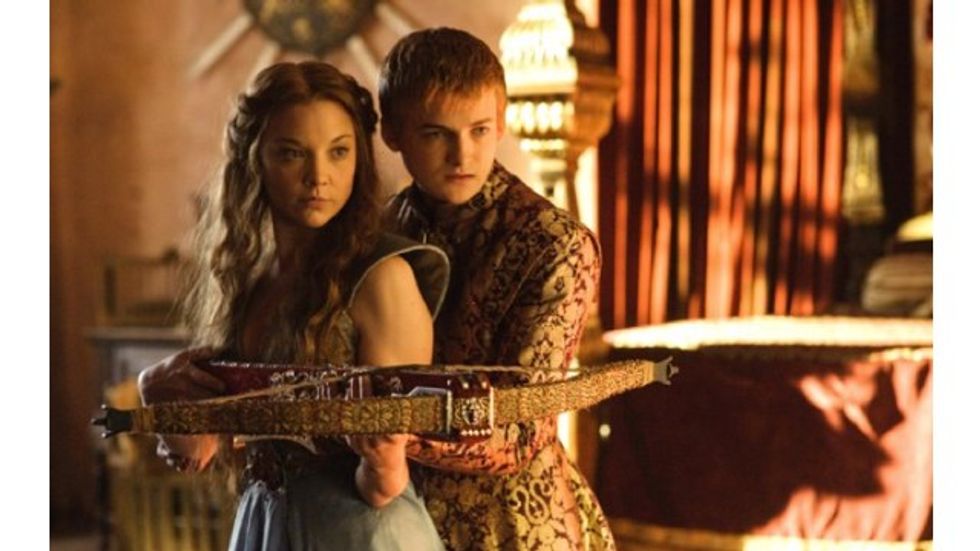 When I was a teen-age consumer of cheap paperbacks about worlds more interesting than this one, I noticed a clear and sharp split between readers who loved SF (spaceships, time travel, robots) and those who loved fantasy (lanteen-sailed boats, mystic quests, elves). The other night, watching the latest episode of Game of Thrones, I realized what this profound aesthetic and temperamental split is about.

The Game of Thrones universe is a world without science. It has technology and, no doubt, the continuous improvement that ingenuity breeds out of regular use (for example, the very bad young King's new-model crossbow, much easier to load than standard-issue). It has geography and the sort of rule-of-thumb anthropology that practical people need (OK, so to get through this ceremony I need to eat what?). It has some lucky-accident discoveries, jealously guarded (looking at you, green napalm stuff). But among the warlocks and warriors and maesters, there is no system for accumulating, testing and sharing knowledge about the world. So that body of knowledge never changes. There are no new inventions, no new ideas. The past stretches back thousands of years (the Watch has had, what, 997 commanders?) like a mirror reflecting itself. And the future promises only more of the same.

To we who prefer the robots and spaceships, this world feels sad and suffocated. What is there to talk about, that hasn't been said before? Which noble house has the throne, which dynast is truly nuts. Same things they talked about 500 years ago, with, now and then, a bit of dragon overflight to make this decade a little different from the preceding hundred and fifty. Kings and priests rise and fall, but they are, as John Donne's metaphor has it, moles and wens on the changeless skin of the world.

This is a static world, full of sound and fury, signifying nothing. And so is J.R.R. Tolkien's Middle Earth, where the only kind of change you can experience is either terrifying (the orcs are coming for you) or sorrowful (aw, the elves are shipping out). So is C.S. Lewis' Narnia, and Howard's Conan, and all the other tales of olden empery, and the swords and sandals and cloaks and sacred staffs thereof.

Don't get me wrong. George R. R. Martin's books sound great, the HBO shows are fun to watch. And were Tolkien's books and Peter Jackson's movies thereof. But I appreciate them as an outsider, the way I can appreciate a Bach cantata or a Gospel choir. I am not a believer, because I can't be comfortable in a literary world where knowledge is static, where the understanding does not move. Yes, some people there are more moral than others, and others are more capable, and others are luckier. But without forward motion of the intellect, without the development of ideas, those are tiny surface ripples. Below them, the waters are still.

If you Google "dinosaurs" on YouTube, you'll find an abundance of programs (like this one, and this, and this) that use CGI to recreate the world of millions of years ago. You can watch primeval proto-whales and feathered velociraptors and saber-toothed marsupials (not to mention T. Rex) that look almost as real as tigers and sharks and alligators in real documentaries. So the visual effects are great. But the emotional effect of these shows is a curious sense of futility. You see the amazing creatures existed on this planet eons ago, you see their struggles and you realize that in all that thrashing there was no awareness or thought.

Nothing, but nothing breaks the monotony until the moment when one species looks around and says, "we can know what came before." Until that moment, human history and natural history both are just one damn thing after another.

Science fiction has a different sensibility. In SF the past is different from the present and so is the future. History isn't just a million years of the same gray smudge. I think this may be because the central SF subject is human knowledge, with the assumption that knowledge is a lively thing, which grows or shrinks but never stays still. Even when the change they describe is catastrophic, SF stories offer an exhilarating awareness of the human mind's engagement with the universe.

Now, I have to admit that fantasy is probably truer to the actual sweep of human history. We know many cultures view of history as an endlessly repeating cycle. This view is more common than the modern secular notion that history has progress and a meaningful direction. And we also know from the archaeological record that most assemblages of human beings have been remarkably culturally static. Ancient Meso-Americans had the wheel, but used it as a toy. The ancient Greeks had a steam engine, but also only as an ornamental curiosity. For all their roads and bathhouses and architecture, the Romans never thought to invent the stirrup. In the 18th century, the industrial revolution took hold only in one tiny corner of a populous planet.

The belief that technological improvement is inevitable or constant is a myth. The fact that it happened at all may well be a lucky accident. It seems to me likely that most of the human race has lived its real, non-fantasy life in a Game of Thrones world—where knowledge was static and scarce, and change unknown. And that's the saddest thought of all. When I have to pick my genre, I'll take a dream world of starships over that any day of the week.

Illustration: This is what passes for R&D in Westeros.