For Good Science Journalism, Blogs Are a Better Bet Than "Old Media" 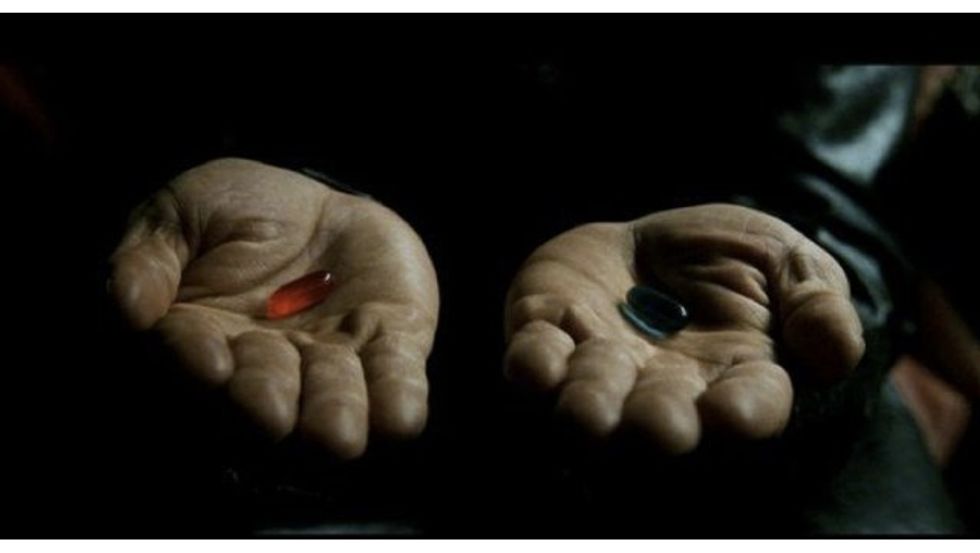 Imagine you are a scientist who has just received the latest issue of the most important journal in your field. As you look through the papers published there, you'll probably recognize some names (hey, it's Boris from grad school, good for him), and maybe glean an idea or two for your own work (what if we try it on knock-out mice next time?). You might read a conclusion with surprise and find it stimulating to think about. Or annoying to think about (why oh why are there still people in this field who believe that?). All of which makes for stimulating reading. But you probably won't decide, on the basis of any one article, that some age-old mystery has been solved; that everything you've learned about sports or snails or stars is wrong; or that the cure for cancer is at hand.

Scientists, I believe, read journal articles cupfuls of information drawn from an ever-flowing river. Over time, with a lot of dips, you get an impression of the river. But you don't rely on any single instance to tell you about reality.

And that's how readers should (and, I hope, do) read blogs.

This is why, I think, blogs are a much better form for representing science than are print and broadcast journalism. A good blog is a portrait of a mind in motion, exploring, doubting, advancing and retreating. That is a pretty good approximation of what Carl Zimmer calls "the big old mess" of science, which resists the dramatic arc of a good story and the satisfying reassurance of an easy take-away. Science rarely advances on via one all-conquering experiment, for instance. Instead there are many experiments, some of which contradict each other, some of which don't reproduce or are reinterpreted to mean something other than what their originators intended. With three steps forward and two back and one sideways, usually with serious people saying we're marching in the wrong direction, science moves along.

The blog form can capture that. Magazine and newspaper articles cannot, as Zimmer notes. Why? Because just as a blog is a picture of a mind in motion, a piece of print journalism is a portrait of a mind made up. After all, ink and paper and gas for the trucks are expensive commodities: If I'm going to use them up telling you about Professor X's paper in Neuron, then that paper had better be important, and it better be right. So that's what my article says. With this new insight into mirror neurons, we can cure autism and give you ten tips to manage your company better.

Never mind that the paper's importance or rightness can't be known for years. My piece has to run next week, so, explicitly or implicitly, I will make science—an open-ended process that jumps from question to question—look as if it is a closed process that jumps from answer to answer. Even Zimmer, who is just about the best in the business, realizes that this circle can't really be squared. With only 1500 words in a magazine to recount a recent study on electroconvulsive therapy, he explains, "in the end, I probably oversimplified, leaving people with too much of a feeling that ECT is a perfect cure (it’s not) and an impression that we know exactly how it works (we don’t)."

I agree with Zimmer that there's always a tension between narrative accessibility and the reality of research (Lucretius compared the science he wants to convey to a cup of bitter wormwood, while elegant writing is the honey on the cup lip, which helps the patient drink it down—and Lucretius was engaged in science writing 2,000 years ago). However, I think old-media journalism makes the tension worse, by requiring that writing convey a sense of certainty and importance that is inevitably exaggerated. New-media forms, inherently open and mutable, are a better fit.

A thought prompted by an interesting observation in Boris Kachka's new piece on the science writer Jonah Lehrer (whose fall, let us remember, took place because he wrote all honey and no wormwood—making up facts, and not correcting errors, to keep his narratives neat). Kachka has noticed that, as he writes, "Lehrer was not a new-media wunderkind but an old-media darling," whose biggest defenders were not bloggers, but old journalism hands. Old-media specializes in making satisfying stories that are simpler than science (as in the movies that are always "based on a true story"). Blogs by comparison are a "big old mess." They're a better fit for the "big old mess" of science.

Are you reading this in an area recovering from the effects of Sandy? If so, please lend a hand. For information on what you can do to help, click here.