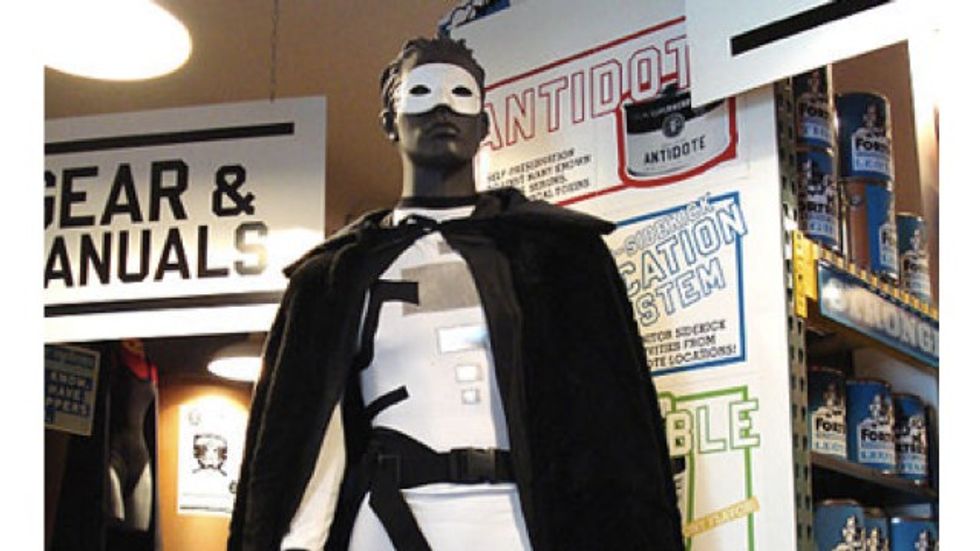 If I were trapped in a burning building, here's who I would want to see coming up the smoke-filled stairwell: A trained professional firefighter in full gear. Not Mayor Bloomberg. Nothing against the mayor, but a healthy democratic society protects its people with institutions, not the magic powers of a superhero leader. As Corey Robin points out in this very smart post, there are societies that celebrate their leaders for doing everyone's job: Stalin's Russia was one. North Korea is another. And so he sees the sadness at the heart of what is supposed to be the feel-good story of the weekend: Newark Mayor Cory Booker rushes into his neighbor's burning house to save her, suffering burns and smoke inhalation for his trouble. Vigilantism in a democracy is a sign that public institutions aren't trusted. Are we really supposed to feel all warm inside about that?

Granted, vigilantes sometimes luck out, which is what happened after Booker didn't wait for firefighters. Sometimes, though, things turn out badly (as when George Zimmerman didn't wait for the cops). The outcome of each particular anecdote doesn't affect the larger point, which, as Robin writes, is this: "Booker is a stand-in, a compensation in this case for a public sector that doesn’t work. And the reason it doesn’t work—the reason we put more stock in the antics of a Batman Mayor than a well paid and well trained city employee—is that we’ve made it not work: through tax cuts, privatization, and outsourcing, policies that Booker himself often supports."

Robin is especially alarmed about the lionization of Booker because he is the mayor. The leader who can magically reach down into the common people and do everyone's job is the leader of a cult of personality. (Think of all those photos of Kim Jong Il giving "field guidance" to farmers, chemical engineers and fighter pilots.) And such a cult thrives because society is hollowed out, its people and its normal institutions reduced to helplessness. Robin quotes Slavoj Žižek on Stalin: "What this Leader’s intervention in everyday life means is that things do not function on the most everyday level—what kind of country is this, in which the supreme Leader himself has to dispense advice about how to repair tractors?"

Cory Booker is a brave man who probably moved on instinct and didn't think that he might be setting a bad example ("while the heroics of the mayor are unparalleled, we don’t encourage people to run into burning buildings," said the head of Newark's Fire Department). But Robin is right: getting all giddy about this is a sad sign of decline.

Photo: A costume on sale at the Superhero Supply Store in Brooklyn (which does heroic real-world work as a tutoring center)