A Case for the Pursuit of Unhappiness 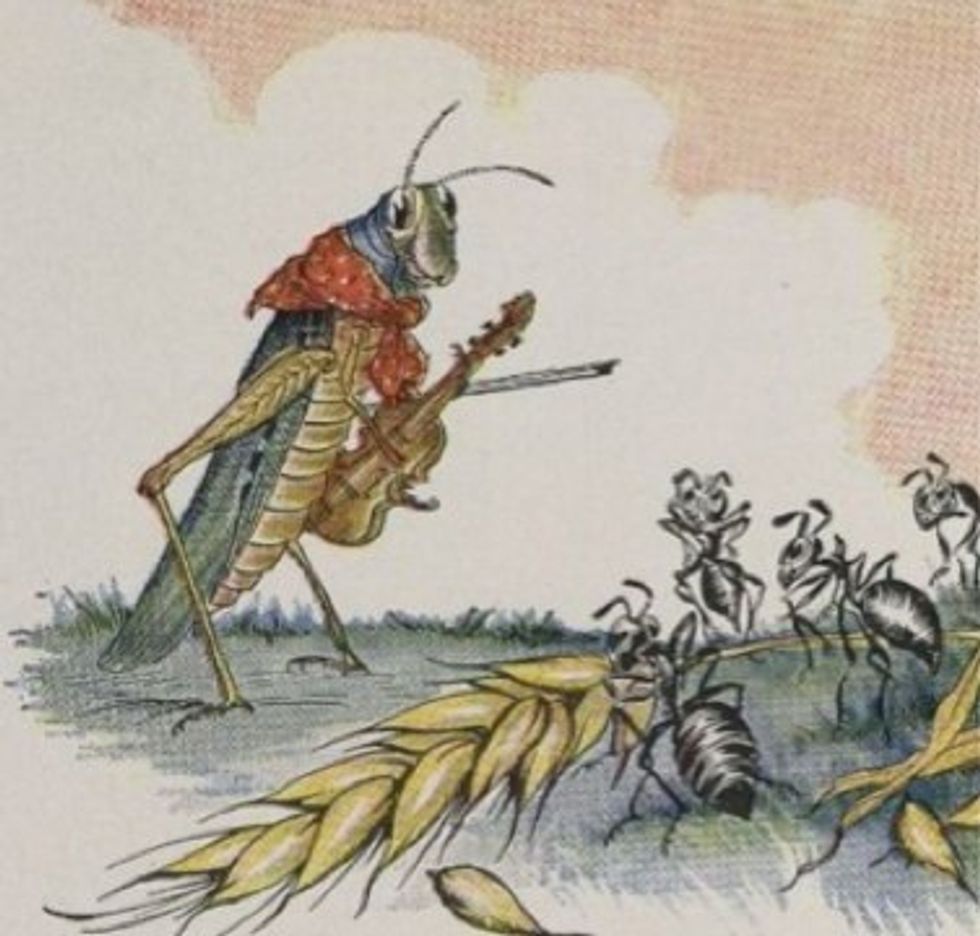 Is the pursuit of happiness, which we Americans will celebrate later this week, a worthy goal? Many have said no, on the grounds that happiness comes only to those who don't actively chase it. But a number of recent studies suggest a different problem with our founding creed. They have found that the attainment of happiness also has its downside. Specifically, these experiments suggest that people in happy moods are more gullible, prejudiced and careless of detail than are their downbeat peers.

For example, here's a computer game: You will see a variety of men and women appear, one after the other, on the balconies of an apartment building. If they're armed, shoot them. If they're not, for God's sake don't shoot them. You have less than a second to respond to each one, and, this being a game, some of the targets are holding steel coffee mugs or soda bottles in a way that looks a lot like a it could be a gun. Also, some are wearing a white headdress that looks, to Western eyes, rather Islamic. When this experiment was performed a few years ago with Australian college students, they proved more willing to shoot at people with headdresses than at those without. More surprising, though, was the result of a pre-experimental manipulation that made some of those students kind of angry and others rather happy. Though you might think it was the angry contingent that would shoot most recklessly, this wasn't what happened. It was the people who said they were happy who showed the greatest bias for erroneously shooting Muslim-looking people.

Then there's this study, for which Justin Storbeck and Gerald L. Clore rounded up 100 undergrads and manipulated their moods by playing 8 minutes of Mozart's Eine Kleine Nachtmusik to some of them and Mahler's Adagietto to others. The cheerful Mozart piece left listeners feeling rather happy; the Mahler puts its listeners into a Mahlerian funk. The experimenters then asked the students to look at 36 lists of words, each list centered on a theme (for example, all the 15 words in one list related to sleep, though the word "sleep" was not included). They then had to recall as many words as they could before moving on to the next list. (A control group did the same task with no musical prelude.)

It was the cheerier students, who had listened to Mozart and reported themselves in a good mood, who were most likely to recall "false positives" in the task—for example, to say "sleep" had appeared in the list when it had not. Meanwhile, the bummed-out Mahler group was least likely to make mistakes, doing better than the feel-good cohort and the control group.

A few years later Simone Schnall, Vikram K. Jaswal and Christina Rowe ran similar experiments on children. They took 30 10- and 11-year olds and had each one take a test that measures how fast they can find a particular shape in a simple line drawing. Children who had listened to Mahler (who reported themselves to be kind of sad) were on average almost a second faster to solve the puzzle than were children who had listened to Mozart (who reported themselves to be in a good mood). In a second experiment, Schnall et al. tried a similar procedure on 6- and 7- year olds, but added a third, "neutral" emotional group. The researchers wanted to see which type of mood-inflected performance was closer to that of the neutral state of mind, to see if their effect came from sadness enhancing performance or happiness lowering it.

This time, the experimenters toted up the number of shapes the children managed to find in a drawing before giving up. The children primed to feel either sad or neutral found an average of some 18 different shapes. Those primed for happiness found around 16. Verdict: Happiness impaired the kids' performance on this task.

Why might a happy mood lead people to make mistakes? In this paper, in last month's issue of Psychological Science, Joseph P. Forgas of the University of New South Wales, who has long studied "the benefits of negative affect," offers an overarching theory. His proposal ties together results of many experiments over the years by its author and others. The claim is that this is not an interesting speculation derived from one season in the lab, but a true theory, resting on a broad base of research.

Forgas' idea is that a happy mood inclines you to feel that the world accords with your beliefs and emotions. Conversely, he argues, unhappiness inclines you to think that the world doesn't match your inner state—so you'd better adjust. Accordingly, a happy mood inclines people to pay less attention to detail, rely more on stereotypes, give credence to what they're told and even to argue less effectively. (The world is as I believe it to be, no need to pay that much attention.) And a negative mood has the opposite effect (the world is not as I imagine it to be, so I will scrutinize it to learn more). "[N]egative moods," he writes, "often recruit a more attentive, accommodating thinking style […]"

You might wonder (I did), how this case would square with work suggesting that unhappy people do worse on tests and tasks. (There is plenty of work on "stereotype threat," for example, which suggests that being reminded that you're not "supposed" to do well academically causes people to do worse.)

Perhaps these two lines of thought could be reconciled by distinguishing between moods and stress. Moods, Forgas writes, are diffuse feelings that don't have an obvious cause. Stress, on the other hand, does have a stimulus. Rooted in the evolutionarily ancient "fight or flight" response, it's the body's response to an urgent sensation of trouble. Stress for a moment or two (did I get the train schedule right? Here's my chance to make the shot? How am I going to answer this?) seems to enhance attention and thinking. But prolonged stress (Oh, God, another day with this terrible boss, but I can't quit; the money is due on the 15th, and I don't have enough) has multiple ill effects on brain and body, which most likely stem from overlong exposure to hormones and neurotransmitters that evolved to act in the short term. This kind of ongoing stress may take its toll on the mind by a different process, occurring even as moods go up and down. (That would mean that the effects of stress don't have much to do with whether the stressed person feels herself to be happy or sad or angry.)

Forgas stresses that his theory is not a brief for the benefits of profound depression (though others have made that claim, for example Joshua Wolf Shenk's argument that Lincoln's lifelong sadness was just what enabled him to save and forever improve the Union).  Forgas believes profoundly troubled people can't muster the attention or motivation that he saw in people who were simply in a negative mood. Rather, Forgas is arguing for the benefits of the down moods that ordinary people experience. Rather than trying to minimize or avoid these experiences, he writes, we should welcome a negative mood as one of our mental tools, as valuable as any other.

Many cultures and religions, in fact, do seem to have a healthy respect for the benefits of occasional gloom. They have traditions (fasting, penance, confession, sweat lodges, a day set aside to "deny yourselves") whose purpose is, to outsider eyes anyway, to immiserate people. American culture may be a distinct outlier in its insistence that suffering need not be a part of life. Forgas' theory suggests that we lose by that as well as gain—because in many situations, the bummed out person may be better at doing what needs to be done than his happier neighbor.