Economic Experts Are Worried About the Populist Revolt, Blame Capitalism

A global risk report by the World Economic Forum lists populism and social division among the top five trends that will determine global markets in 2017 and beyond. 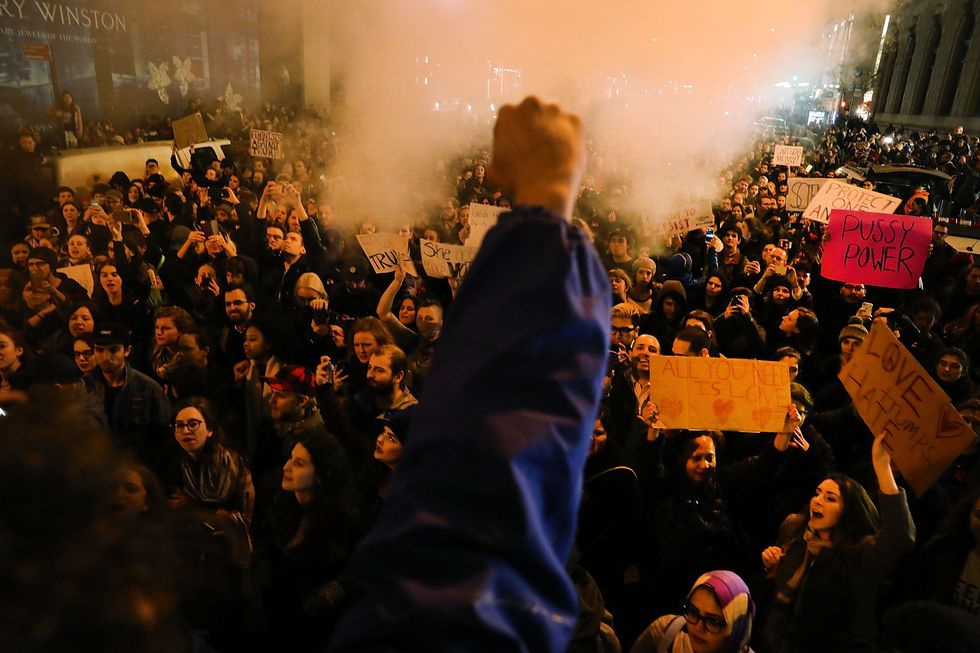 Beyond love of guns and God it’s difficult to imagine anything pundits cling to more than capitalism. The sentiment that it’s ‘the best system in the world’ is unquestioned. Is it though? Experts are having doubts.

The World Economic Forum is held every January in Davos, with 2,500 of the planet’s elite (and, some argue, elitist) bankers, business leaders, journalists, intellectuals, and political leaders discussing the state of the global economy. This year it turns out they’re rather miffed, and concerned, about the incoming American president.

Last year, the consensus here was that Trump had no chance of being elected. His victory, less than half a year after Britain voted to leave the European Union, was a slap at the principles that elites in Davos have long held dear, from globalization and free trade to multilateralism.

Preceding the nonprofit foundation’s annual meeting is its global risks report, which weighs a multitude of factors currently affecting financial markets: climate change, terrorism, infectious diseases, cyberattacks, immigration are but a few factors taken into consideration. With men like Goldman Sachs CEO Lloyd Blankfein and JP Morgan CEO Jamie Dimon on hand, it’s hard to imagine outright criticism of the very system that made them billionaires. You don’t bite the hand that feeds you. Yet creeping populist trends in Hungary, Spain, France, Germany, and America have some worried. The global economy is rather healthy at the moment. The insular nature of populist ideologies can potentially cripple progress, the report states. As WEF founder and executive chairman Klaus Schwab notes:

... pervasive corruption, short-termism and unequal distribution of the benefits of growth suggest that the capitalist economic model may not be delivering for people.

Global cooperation is suffering under the weight of nationalism, he writes. Of the report’s top five risk factors, rising income and wealth disparity is a main driver of discontent (which feeds into unemployment, the number one concern). This comes just as Oxfam reports that the eight wealthiest people (all men) in the world hold as much capital as the bottom half of the world's population.

If widespread economic growth is not implemented in the next decade the writers foresee more anti-establishment policies being put into place, which in turn will keep nations hyper-localized. For this reason they suggest “reforming market capitalism.”

The top five trends that will determine global markets, according to the report:

What does market reform even look like? To begin with, the report considers the “apparent lack of solidarity” between top earners and those at the lower rungs of the economic ladder as the primary catalyst for populist movements. Interestingly, inequality has consistently fallen in the 20th century, but certain nations—specifically, the United States, UK, Canada, Ireland, and Australia—began rewarding the top 1 percent of earners more graciously in the 1980s. Decade by decade the trend has gotten worse.

The financial crisis of 2008 (and how recovery has been handled) is largely responsible for this growing economic divide. Policies have been monetary instead of fiscal. Sustained low interest rates are undermining lower wage earners while rewarding the wealthiest, distorting perceptions of national gain. Lacking real fiscal stimulus—the wealthiest keep getting tax benefits, or, in the words of Bernie Sanders, “are not paying their fair share”—incentives for productivity growth are not apparent.

What that translates to, in part, is fewer workers being tasked with more duties and less emphasis on projects like infrastructure—one of Trump’s promises which seems doubtful at the moment. The report concludes:

The combination of economic inequality and political polarization threatens to amplify global risks, fraying the social solidarity on which the legitimacy of our economic and political systems rests.

With promises of reviving the coal industry, walling off national borders (and making entry harder), and reducing the role of government through lower taxes and regulations (while increasing its role in women’s rights and health care, among others), little in Trump’s current agenda reflects the advice of the World Economic Forum. His entire business career is the result of the type of regulatory loopholes, political favors, and financial divisiveness that has created the problems those at the World Economic Forum are now warning against.

This is going to be a continual problem for the Republican party in particular and America in general. In The Populist Explosion, John B. Judis writes,

If Trump’s campaign does spawn imitators, the Republicans will face a continuing conflict between its white working class and business supporters.

The last day of the forum in Davos will also be when President-elect Trump becomes President Trump. This report includes the committee’s sternest warning against aspects of capitalism that have been swept under the rug for too long. It has reached a head in the form of the numerous populist explosions occurring around the planet. And no greater figurehead exists than Donald Trump. Whatever they conclude will only be the beginning of what could be, ironically, the further dissolution of the capitalist project by a man who has benefited like no other thanks to the pitfalls they expect him to fix.