Why Don't We Talk About Anxiety Disorder More Often?

Anxiety is now the number one disorder on the planet. Yet it's oddly ignored from public conversation. 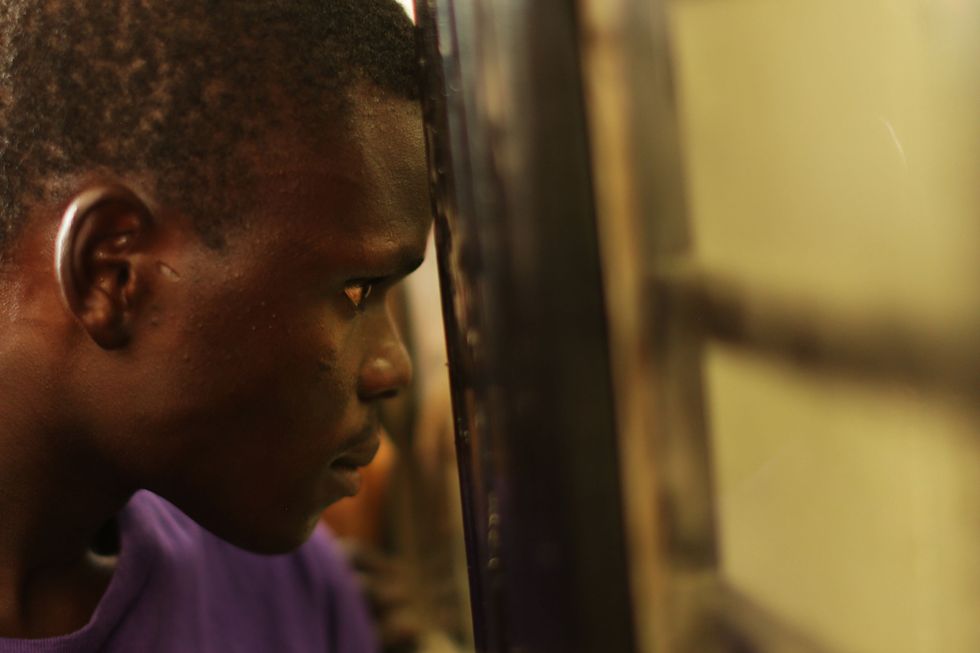 Burundians converge on a government administration building as they attempt to get their passports and travel documents as they wish to leave the country amid increasing insecurity on June 19, 2015 in Bujumbura, Burundi. (Photo by Spencer Platt/Getty Ima

The National Institute of Health estimates that one-third of all American adults and adolescents suffer from anxiety. That percentage is especially troubling for the latter group, prompting the NY Times to dedicate a magazine feature to the growing number of teens stricken by panic attacks. The World Health Organization recently named anxiety as the number one disorder on the planet, overtaking depression. Yet anyone who suffers from anxiety knows that depression is a close sibling; the two share many physiological similarities.

Every week I cover various studies and research papers on a variety of topics in fitness, health, and neuroscience. Some studies are small and need further research; others involve hundreds of thousands of people and took decades to complete. Each new study is a further jigsaw piece adding to this complex puzzle of our identity: how we react to various stimuli, how this chemical reacts in our bodies, how this nutrient affects our ability to focus or what it does to our weight. I could share reams of data on anxiety; it’s a topic I’ve covered often in the past five years writing for this site. But one of the most important and under-discussed topics concerning anxiety disorder is beyond data: shame.

The Times piece makes a critical point: anxiety is the most common disorder on the planet and yet we rarely discuss it. Having suffered from it for twenty-five years, experiencing hundreds of attacks in public and at home, has taught me a thing or two about the condition. For most of that time I suffered quietly because I felt ashamed to admit to anyone what was going on. In the numerous discussions I've had since I opened up, I’ve discovered that many people feel the same way.

Anxiety is natural. It’s part of our threat detection system. But an unconscious process can trigger our sympathetic nervous system to fly into overdrive. By the time the cascade of effects surfaces in consciousness—a pending sense of doom, as if death is imminent; tingling in the extremities; out-of-body dizziness; the light sweat; the heart palpitations—you’re left wondering what triggered the attack this time, which forces you to focus on the attack, which emboldens it further. I’ve ended up curled in a ball on sidewalks and in emergency rooms just trying to breathe with no understanding as to why.

The oddest sensation in all of this is shame and, often, its cousin, embarrassment. We have a cultural pull-yourself-up-by-the-bootstraps mentality regarding stress. I was told to “get over it” many times. “It’s all in your head” is a mantra I’m quite familiar with. So you feel shame for being a weak creature, unable to piece together the parts that led to yet another attack. You feel horrible that the people around you have to deal with your insufficiencies, your inability to “pull it together.” The one time I blacked out in a restaurant from an attack, people eyed the glass of wine on my table suspiciously, even though I had only had one sip.

Anxiety needs to be discussed for what it is: an exploitation of an innate physiological system. The reasons for this exploitation are multifactorial. An addiction to technology is a serious and timely one. The economic divide is another. The insane number of inputs pressing in on us from every direction is crippling. This is not just anecdote. As of 2012, Americans were losing 321 million days of work every year due to anxiety and depression, costing the economy $50 billion. If more teens are dealing with this disorder those numbers will rise. Workplace expectations play a key role. Seventy percent of office emails are opened an average of six seconds after receiving, yet it takes our brain twenty minutes to enter deep focus afterwards, by which time we'll probably have checked again, and again. The barrage of emails, and social media more broadly, is a modern extension of the Zeigarnik effect: we remember interrupted or uncompleted tasks more than completed ones. This is why multitasking is not only inefficient but also dangerous: those many little tasks consume our attention and keep us on edge about all we have in front of us.

As with any addiction, the email dopamine squirt loses strength through repetition, requiring more checks. As losing focus on what's in front of us leaves us unfulfilled, we turn to our phones for more joy, which results in more addiction. Chronic anxiety is different than full-blown panic attacks in that it's like an annoying background noise, always simmering below the surface. You become accustomed to it. Then, when the tension erupts, it seems as if out of nowhere, though the stress was there all along.

Technology is not the only trigger of anxiety, though it could well account for the massive increase in reported anxiety worldwide. When we’re stressed, our memory suffers, our immune system suffers, and, worst of all, our sleep suffers, which creates system-wide havoc. Multitasking increases levels of cortisol and adrenaline, creating a mental fog that's tough to shake. When we're chronically taxed, we’re more likely to act aggressively or impulsively. Since willpower is a limited resource, the tension is more difficult to fend off at night, keeping us up later, causing us to eat more carb-heavy comfort foods, increasing the likelihood of scrolling through our feeds to distract our overactive minds when, really, that’s the worst solution.

Since we've socially agreed that crossing streets and driving while texting is acceptable behavior, anxiety is not going to be diminished anytime soon. Corporations and small companies alike have extended their reach into your evening and morning hours. The rest of the time is dominated by social media. In 2008, adults spent a daily average of eighteen minutes on their phones. By 2015 that number had jumped to two hours and forty-eight minutes. If humans evolved thanks to an acute awareness of our environment, many would now be absolutely useless if we actually had to work to survive. But this is the environment we are in, and it's exhausting. Health care costs the United States two trillion dollars a year, 20 percent of GDP. It is estimated that 70% of treated illnesses are preventable. Anxiety is one of those diseases. Unfortunately you can’t willpower your way through it. There are techniques for overcoming it, but you have to replace bad habits and implement good ones—regenerative movement; down regulation techniques like yoga, meditation, and breathing exercises; reframing your work day to focus on single tasks; treating the physiological responses as motivational energy rather than an existential dilemma; sleeping at least seven hours every night—for sustainable changes to occur.

Most important is simply talking about it. Anthropological consensus states group fitness is one of the, if not the, deciding factor in our worldwide species domination. Social networks—real, flesh and blood connections—are essential for survival, psychologically and physically. That means relying on others to work through the overwhelming burden of anxiety plaguing our world. There is no shame in suffering from this disease. But it is a shame when you don't reach out for help.