Why do we still believe in astrology? 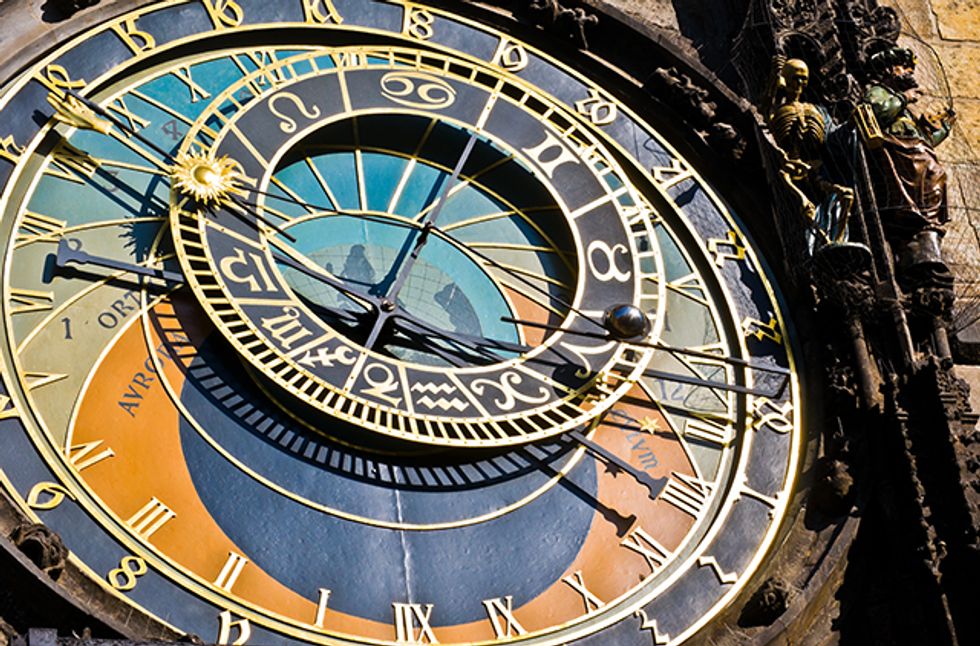 Every few months you have an explanation for everything amiss in your life, especially pertaining to technology. Mercury in retrograde has became the default explanation of what's wrong with our world. One astrology-based consultant lists what not to do when this cosmic trickster is dancing in reverse: Don't start a new job. Don't close a deal. Avoid traveling. Don't buy anything.

Such astrological theorizing is the New Age equivalent to conspiracy theorists that believe Obama is coming for their guns: stock up on rations, barricade your doors and hide in the dark. Certainly this sort of advice is extreme, however; there must be something to astrology, right?

Interestingly, Mercury's retrograde is an illusion. The planet's rotation slows down and gives the appearance of moving backwards, while in reality it's still soldiering on, just at a slower speed. This optical trick is a perfect metaphor for what astrology does to our brains: it gives order to a seemingly random universe. That doesn't meant it's real, however.

The last time Mercury was messing with us, I noticed two different Facebook friends discussing recent break-ups. At the moment I was in a heart-wrenching tussle myself; it seemed so gratifying to assign the blame to a distant nemesis in the sky. Yet I also observed that three other friends started relationships and were quite happy. While the above consultant might wag his finger I realized that I was simply gravitating towards others in the same state of mind I was in. Ignoring conflicting evidence is making other people's lives a part of my reality, not accepting that things are always in flux, planets be damned.

While most people (I know) who read daily horoscopes treat them as nothing more than cute fodder, others are more manipulative (and manipulated). A music producer friend, for example, missed getting a record deal with a Hawaiian singer not because he wasn't qualified, but because the artist consulted a planetary map and decided he could not step into a studio that month. People's imaginary yearnings often have real economic, emotional and social consequences.

Matthew Remski's recent article on his time practicing Vedic astrology put this neurological trend into perspective. As he writes,

Astrology's confluence of romance, intuition, nostalgic longing and archetype-driven poetry is so not worth the epistemological bullshit it costs. At best, it is a rich engine for psychic exploration. At worst, it capitalizes upon every cognitive bias we have to serve magical thinking and the power imbalances of unacknowledged projection and transference. Between these two extremes, it provides thin gruel for a burning world.

Human beings are by nature reactive. If we were proactive animals, global warming, for one, would not be a contested topic today. A broader range of Americans would be taking steps to counteract the trend. It's a paralyzing conundrum: those who believe in an invisible deity responsible for the planet's well-being refuse to 'believe' that our planet is getting warmer because they cannot 'see' it. How can we really pick the invisible things we don't believe in, or worse, only give faith to those for which there is absolutely no evidence of?

Such is the same in astrological idealizing. We pick out trends that fit our narrative only after they've occurred. Then we write them into the story. False guestimates are forgotten, or excused as some further plot destined by the stars. A Vedic astrologer might help you pick the 'best date' for your wedding, but if the marriage dissolves into a divorce, well, that too becomes part of the 'plan.'

Our ancestors developed pattern recognition as a survival technique. An ear at one end of the bush and tail at the other meant run. If you planted a seed in spring, then by fall you'd harvest the bounty. Today our planet rarely demands of us such pressing needs, and so that cognitive trend is exploited by charlatans using clichéd rhetoric to neatly knit the fabric of existence to tell a story we want to be told.

After suffering my first heartbreak in my early twenties, I consulted one such astrologer-psychic to make sense of my life. I knew going in the advertised ten-dollar charge would not hold. She needed the night to consult her dreams after looking over my chart, which of course cost $125. I begrudgingly ran to the ATM in hopes that an answer would magically appear in her somnolent inbox.

I returned the next day to find out that someone was trying to manipulate me. Who was it, she asked? No one. I had no enemies at the time of my life, a trend I try my best to maintain. There must be someone, she replied. Nope. Ok, in any case, she was going to give me a series of baths that I must take for the next six nights to rid myself of that dark karma I'd been carrying. Total cost: $700.

Even if I had the money at the time in my life, I would not have paid. This is certainly at the more extreme end of astrologically-inclined moneymaking, but the entire system does everything it can to remove us from being present with our situation. Instead of dealing with our own insecurities, fears and uncertainties, we turn to the cosmos for a reason. And there is certainly no dearth of folk ready to offer one up.

Perhaps the best response I've heard to this mindset was given by actor/writer Seth Macfarlane last week. Having discussed the random nature of the universe in his new show, Cosmos: A Spacetime Odyssey, starring Neil deGrasse Tyson, Bill Maher asked him how he replies when someone says to him, 'You know, everything happens for a reason.' Without missing a beat, Macfarlane replied, "This was not the coffee that I ordered."