Who Actually Prospers From Prosperity Theology?

Prosperity preachers like Creflo Dollar and Joel Osteen are only the latest incarnations of a long lineage of American hucksters. 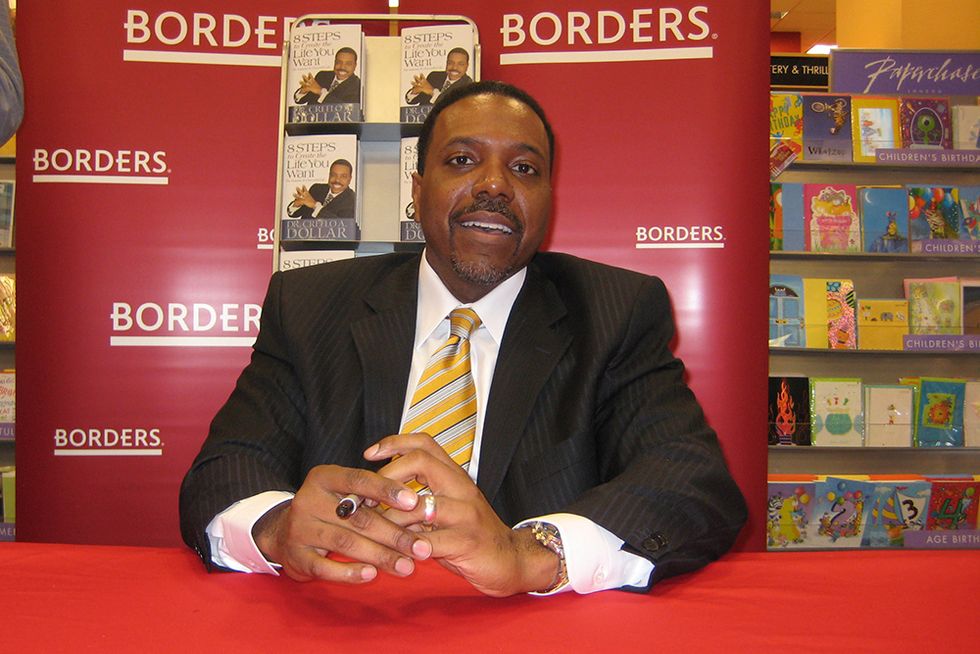 If you believe with all of your heart and soul that you deserve success — and by success, I mean financial reward alongside the accompanying emotional transactions encountered in the process — then it shall come. I have foreseen this; I know it to be true.

The prosperity gospel is nothing new, nor is the train of thought guiding it limited to followers of Christ. Preachers like Joel Osteen and Creflo Dollar unabashedly preach such fortune: Your faith is measured by your success; by your beliefs shall you prosper. It’s a seductive notion, one inspiring millions of people, given the popularity of Osteen’s varied industries and Dollar's widespread congregation, among many others.

Predating Osteen by nearly two centuries was Phineas Quimby, a mesmerist and healer born in New Hampshire in 1802. As the inspiration behind what would become known as New Thought, his philosophical system taught that God, or Infinite Intelligence, is everywhere — human beings being the major beneficiaries of such awesome divine power. Quimby wasn't a doctor but he played one often: Sickness was the result of wrong thought, in some way implying you were responsible for your ailments — an unfortunate belief persistent in both Christian groups and New Age movements today.

Most importantly, perhaps, was Quimby’s notion that since we are divine beings, divine blessings in the form of prosperity are our birthright. Osteen agrees; in 2005 he wrote,

God wants us to prosper financially, to have plenty of money, to fulfill the destiny He has laid out for us.

One of Quimby’s favorite students, Mary Baker Eddy, ran with these ideas when founding Christian Science. She was influenced by the man to such a degree she was accused of plagiarism. Nonetheless, in 1879 Eddy founded the First Church of Christ, Scientist. From its humble beginnings in Boston (27 members in 1880), by 1936 the congregation was 269,000 strong.

Initially Eddy was also inspired by Indian philosophy, quoting passages of the Bhagavad Gita, which was in vogue for much of the 19th century in America. She later removed any references to the book; as Christian Science gained steamed, she wanted all the credit to herself.

She also denied any relationship to Spiritualism, a popular movement that claimed contact with the spirit world (even though the sisters who kicked off the movement later admitted it was a farce). Eddy’s preferred term was "malicious animal magnetism," her fancying that people harm others through their "mental powers." If the psychic hotline between divine and human was open, humans could travel along the same network to damage other sentient beings, which fits in nicely with the prosperity model: an unseen force checking your name off the list if you misbehave, favoring your bank account when your faith is strong.

New Thought was founded by Emma Curtis Hopkins, a former student of Eddy mostly inspired by Quimby. With roots in the 1880s, national conventions were followed by an international conference in 1914; by the '40s there were 18 distinct schools based on New Thought’s foundation. The major focus of these schools included the development of one’s will power, the burgeoning self-help market, and, yes, financial success.

Money was on the mind of many, including Father Divine, a lesser-known figure who profited greatly from the poor and suffering during the Depression. An African-American preacher, the artist once known as George Baker, Jr. taught his Peace Mission Movement followers that he was God — he really took to heart the positive psychology aspects of New Thought. While most Christian movements were faithful to scripture, Divine was open to a little mysticism.

This approach worked like a charm. As Dax-Devlon Ross writes in The Nightmare and the Dream,

Divine’s image as a Godly figure was enhanced by the seemingly bottomless well of wealth at his disposal in the midst of the Depression. He dressed immaculately. He owned a late model luxury sedan. The suburban home [in Sayville, Long Island] was well kept.

A successful African-American in a white suburb raised the suspicion of his neighbors. A coincidence helped his cause greatly, however. After being jailed in 1932 pending psychiatric evaluation for being a public nuisance — a wealthy black man in Sayville was enough of a cause — the judge who sentenced him suddenly died. Divine’s followers took this as divine retribution; his street cred skyrocketed. By 1941, there were 178 churches under his influence, though it seems that most of the wealth stayed concentrated in his bank account.

Which seems to be the case with everyone preaching Prosperity Theology. Televangelist Dollar, a modern day Father Divine, was baffled when his Gulfstream III jet rolled off a runway in the UK in 2014. He launched a fundraising campaign to the tune of $65 million, stating it was a necessary purchase to spread God’s word. The backlash forced him to suspend his efforts, although within a few months his church announced it was indeed ready to prosper with a brand-new airplane.

Osteen, who some claim helped create the housing crash due to his advice that God will provide the resources for his congregant's new homes, had no problem buying his own $10.5 million mansion in 2010. Osteen reportedly accepts no money from his church. His real cash cow is book sales, which, as quoted above, ensure people the Big Guy is on their side — and in their wallets.

Oddly he didn't mention good cars, for his fleet of 93 Rolls Royces was a certain measure of his divine favor.

In his book Mystics and Messiahs, religion professor Philip Jenkins dives deep into the cult underworld that has fueled such thinking for over two centuries on American soil. He quotes a 1929 article about this trend relating to New Thought and Christian Science:

With its constant thought of prosperity, its opulent-consciousness, its belief in the limitless possibilities of the individual, [it] is simply American psychology on dress parade.

The philosophy of prosperity certainly seems to be an American creation. While other cultures have exploited its population under the guise of religious pretensions, the idea that infinite riches is available for everybody with a mind to believe, promoted by those who do indeed enjoy such wealth, is an old scheme that shows no sign of slowing. It's like the lottery of religious lingo: Everyone has a shot, but really, only the ones calling the shots.