What Is Lost in a Nation That's Reading Less Literature?

One Alabama library is demanding jail time for late books. How is this happening in a nation that's reading less and less? 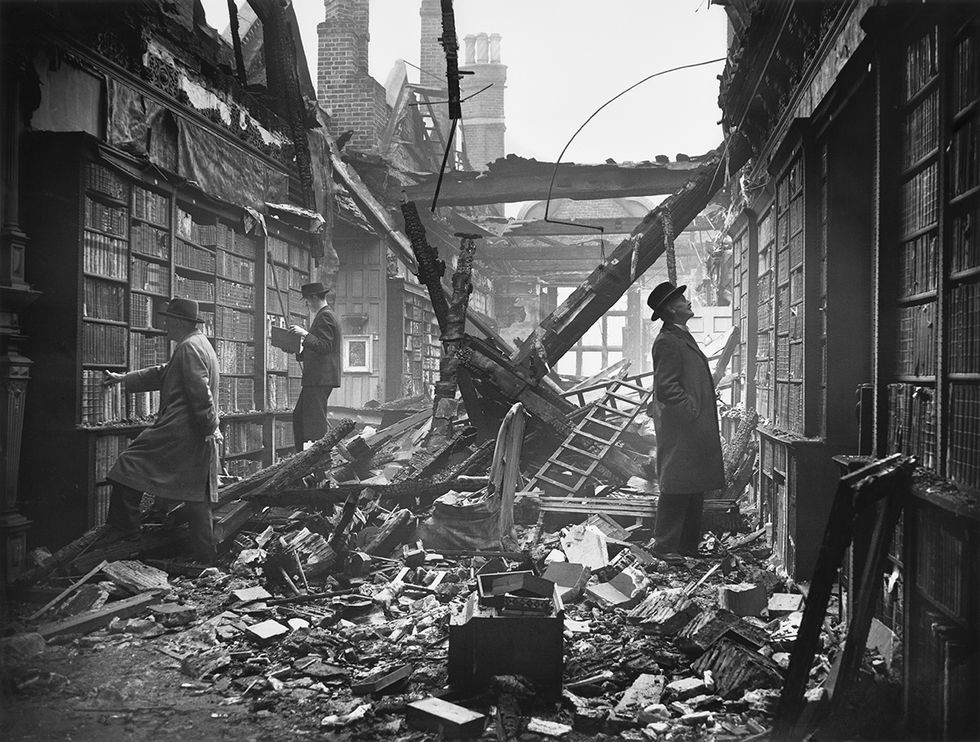 Earlier this year I finally picked up a card for the Los Angeles public library system. Libraries are essential institutions to human knowledge, both in decline during a period when we can uncover so much knowledge on a device and in vogue given sites like popular literary behemoth Brainpickings link each book to a public library listing.

On the first day in my local branch I’m standing behind a woman forking over $50 in late fees. Behind her is a man scrounges together the nearly $20 he owes from various pockets—a dollar here, fistful of coins there. I’m in awe. With three weeks and multiple reminder emails, how could anyone let this happen?

Late fees are as ubiquitous as libraries themselves. In fact, one Alabama library recently announced the stiffest fees yet: jail time. Given that the Athens-Limestone public library is down $200,000 in books, administrators made it a tax issue: you’re stealing from taxpayers; you have to pay the penalty.

The digital revolution seemed prime to destroy the physical book industry. That shifted with a recent uptick in hardcovers and paperbacks being sold. I for one took a two-year sojourn before realizing I can’t stand the lack of intimacy offered by my iPad. Sadly, while books are on an upswing, literature is on the decline.

The Washington Post reports that reading “novels, short stories, poetry or plays” hit a three-decade low, down to just 43 percent of Americans thumbing through at least one work of literature per year. That figure includes any format. Who wants to read 140,000 words when 140 is so much easier to consume (and forget)?

While digital books have made purchasing easier than ever, the medium has complications:

There are a lot more products and platforms competing for your attention today than there were 30 years ago — video games have exploded in popularity and movies have transformed from something you did at the theater to something you do at home. Perhaps most important, the Internet, with its infinite distractions, did not exist 30 years ago.

A huge slice of this troubling puzzle is attention. Journalist Nicholas Carr noticed that he and his friends were no longer able to finish a book. So he did what one does in such situations: he wrote a book about it. (The irony was not lost on him.) While digital technologies offer an unlimited well of knowledge to draw from at any moment, the medium is rooted in distraction. He continues,

Calm, focused, undistracted, the linear mind is being pushed aside by a new kind of mind that wants and needs to take in and dole out information in short, disjointed, often overlapping bursts—the faster, the better.

It’s the difference between tweeting and comprehending: one spits out a thought as quickly as possibly, while the other requires what Carr calls ‘deep thinking,’ an ability to hold multiple nuanced ideas in your head at once and contemplate the landscape of possibilities. While there are many important works of nonfiction that help us understand complexity, literary fiction is one of the most potent thanks to its ability to conjure empathy in the reader. Literary fiction, as compared to nonfiction and even popular fiction, inspires a psychological awareness that

carries over into the real world, which is full of complicated individuals whose inner lives are usually difficult to fathom. Although literary fiction tends to be more realistic than popular fiction, the characters disrupt reader expectations, undermining prejudices and stereotypes. They support and teach us values about social behavior, such as the importance of understanding those who are different from ourselves.

We are in dire need to empathy. Look up from your phone while in line and observe everyone else staring down at their phones. Gaze at your surroundings in a restaurant or on the road. Our navigational skills, physically and emotionally, are suffering greatly due to a growing inability to recognize others—physically and emotionally. We’ve never had so many stories available at the touch of a fingertip, yet the only story we’re concerned with is whatever one we’re living.

Which is why I shake my head in disbelief when someone says, ‘I don’t read.’ I’m equally baffled by the idea that reading fiction is just ‘for pleasure.’ Enjoying reading is important, but a good story does much more than incite dopamine. It’s a bonding tool, one that reminds us of our place in a larger world, much of which we’ll never actually see with our eyes. By imagining through the eyes of others, we tap into the heart of their culture, circumstances, and surroundings. It makes our world a little more complete knowing that we share experiences, and celebrate differences, across a broad spectrum of possibility.

The destruction of imagination to constant busyness is tragic, and no fee can possibly recover what is lost when we find out it’s too late. “Attention, please,” the mynah birds crow throughout Aldous Huxley’s fictional Island, though no one seems to be able to provide it.