Vegetarianism as a Political (and Religious) Tool 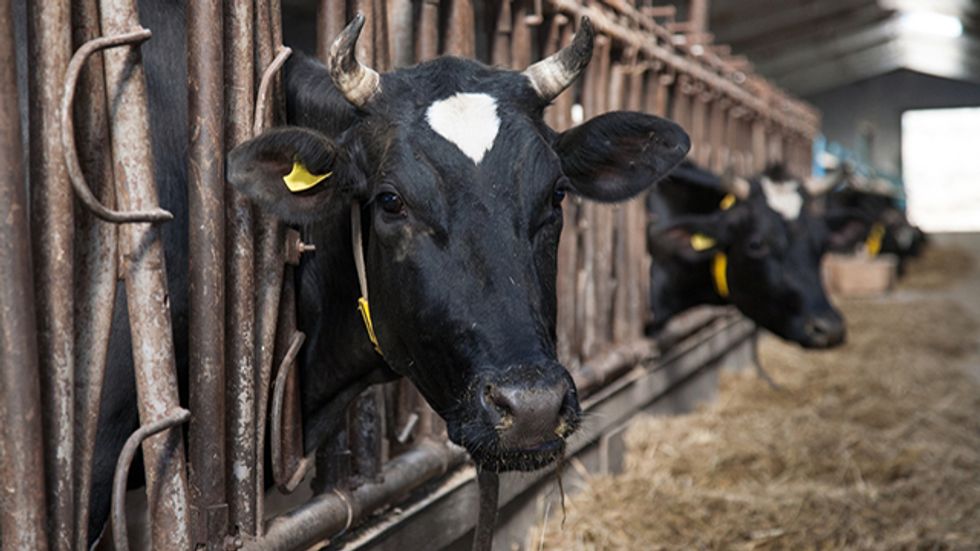 There’s a popular myth in the American yoga community that Indian vegetarianism began as a spiritual response to humanity’s place in the cosmos. The concept of ahimsa, or non-violence, is cited as the catalyst for widespread vegetarianism, used by some to propagate the message to an American audience.

In his book Cannibals and Kings, Marvin Harris devoted two entire chapters to destroying this misconception. Animal taboos—be it complete abstinence or the outcasting of the dirty pig or sacred cow—originated as social tools when meat became scarce or prohibitively expensive.

Harris argues that two waves of vegetarianism hit India. First was a brahman ploy so they could enjoy meat without worrying about shortages due to lower caste consumption—abstinence as social posturing. The second occurred after the Islamic invasion in the eighth century. Muslims had no issue eating beef, yet were respectful of religious observances. If they slaughtered cows, there would be no ghee or milk; even brahmans gave up meat to keep dairy flowing. The political reality became a spiritual mythology.

Such instances are common; as Harris wrote,

Cases in which production systems have changed to conform to the requirements of changed religious systems regardless of cost/benefit considerations either do not exist or are extremely rare.

Harris knew in 1977 what many today are still not aware of: the energy needed for plant compared to livestock production is tremendously skewed. As this affected eighth century India dramatically, one can only imagine how it has manifested today. Vegetarianism remains one of the most potent if undiscussed (or condescendingly derided) political tools of our time.

As former Ironman triathlete and ultramarathon champion Brendan Brazier writes in Thrive Foods, we are facing a new nutrition paradigm of individual and global significance. The longstanding myth that nutrition is ‘calories in vs calories out’ has been fortunately abolished thanks to our growing understanding of mineral content in our foods. And since North America leads the planet in soil mineral depletion, having lost 85% over the past century, how we grow our food and what foods we consume are increasingly important.

In 2008 it was discovered by the United Nations and Worldwatch Institute that 70% of food is devoted exclusively to livestock feed. And since this predominantly involves monocrops, the soil never has the chance to recover; any nutrients the animals we ingest should be getting are gone. Thirty-three percent of the world’s arable land is dedicated to growing crops solely for animal consumption. All told, 70% of the earth’s arable land—30% of our planet’s land surface—is used for livestock production.

This is, obviously, an unsustainable usage of land, so much so that last year Forbes reported that 51% of greenhouse gas emissions are caused by livestock production. Taking into account that human population is predicted to grow by 35% by 2050, and that livestock production is expected to grow along with it, vegetarianism—or at the very least, a serious decline in meat eating—may soon not be an option at all.

It’s not only land that is affected in this process. While 75% of the earth’s surface is water, only 2.5% is fresh. Seventy percent of that is ice, so 30% is left for human usage. Of that thirty, over 99% is now polluted. Of that less than 1% remaining potable water, 92% is used for irrigation and industry. As 2,500 gallons of water is needed to produce just one pound of beef, this too will quickly prove unsustainable. We can't keep up with the demand.

The argument that ‘eating healthy is too expensive’ has fortunately been proven to be a myth as well. While governmental subsidizing is the only reason McDonald’s can sell 99-cent hamburgers, the true economics of nutrition reveal a different story. It takes 51.9 times more land and resources to produce a comparable amount of calories and micronutrients from beef than hemp seeds, and a staggering 2,900 times more than kale. As for water, beef requires 52.7 times more than an equivalent micronutrient profile of sweet potatoes.

The NIH has estimated that the United States health expense bill stemming from poor diet is $250 billion annually. The process is as expensive going in as it is coming out. Combine that with climate change costs and you find an entire system in need of a serious overhaul.

Perhaps there will be a day when American vegetarianism is more broadly cited as having a spiritual purpose, to unite us with some ineffable substance or be ‘closer to the land.’ We’ll have our sacred cow mythologies to counter our annoyance that bovines are scrambling along the highways. However today we can see this process unfolding in real time: our meat addiction will not last, and the quicker we realize that, the better for the health of our planet as well as our species.