A new study of Minnesota-based marathon runners calls into question how heart-healthy endurance running is. 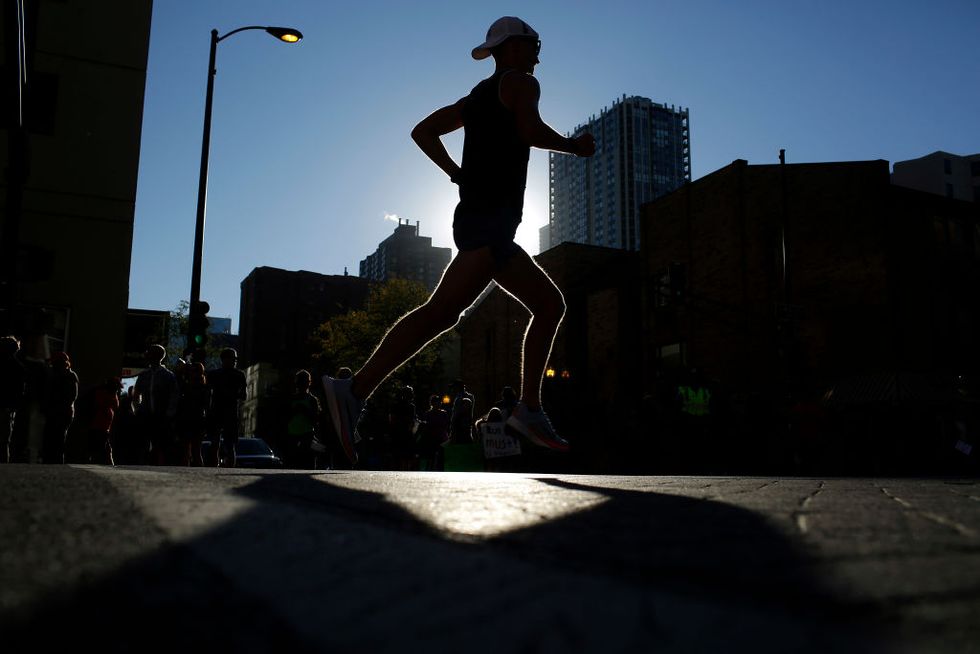 A runner participates in the Chicago Marathon on October 8, 2017 in Chicago, Illinois. (Photo: Joshua Lott/AFP/Getty Images)

The second most popular TED Talk of all time, “Your body language may shape who you are,” features social psychologist Ann Cuddy presenting the idea that “power posing” boosts self-confidence and may even increase your chance of success. There’s a reason such a message resonates with so many people—Youtube alone has 13.3 million views. Problem is, the study Cuddy references has not been reproduced.

This is an emerging problem in science—at least our general awareness of the problem is becoming more prevalent, making our faith in many studies cautionary at best. The latest Radiolab episode, Stereothreat, looks into this phenomenon, in this case predominantly in the social sciences. Results are not being replicated. Yet once an idea is released into the public sphere the likelihood it becomes common wisdom is strong. We only use 10 percent of brain power, anybody?

There is little difference in exercise science, a branch of research even more prone to trends, hype, and terrible ideas. Science is always changing as new studies are conducted. If a previously held assumption is rendered implausible, the science should change. Convincing people to change previously held ideas is not a scientific endeavor, however. It requires emotional appeal. Even then the task is daunting.

What else can we say of a study implying running might not be good for heart health? It’s the type of information that, if you’re a runner, is akin to being religious and learning the Bible is a work of satire. Still, “Fifty Men, 3510 Marathons, Cardiac Risk Factors, and Coronary Artery Calcium Scores,” published in Medicine & Science in Sports & Exercise, discovered that among fifty endurance runners, more running did not equate to less arterial plaque.

It should be noted these are supermen in the running world. Each has run at least one marathon for twenty-five consecutive years. Their mean age is fifty-nine, with a mean BMI of 22.44; combined they’ve logged 3,510 marathons. While this study cannot answer questions about your 5k jogs, it does shed insight into the efficacy of extreme mileage on overall heart functioning and, specifically, coronary artery calcium (CAC) scores.

The notion that running lessens heart disease was initiated forty years ago during the first real wave of the marathon craze. In 1976, Dr Thomas Bassler speculated marathon runners were immune from heart disease. Within two years he was proven wrong, but like the 10 percent of brain power notion, his idea has persisted. What serious athlete wouldn’t want immortality conferred unto them, as an idea if not in reality?

This isn’t the only research to cast doubt on the heart-running connection. As the NY Times reports, a recent study of middle-aged male triathletes found that top-notch competitors had more scarring inside of their hearts, while other studies pointed out that endurance athletes suffer a different form of atherosclerosis than their sedentary peers. As for the above study, which was focused on Minnesota-based marathon runners:

When the scientists compared the men’s running histories to their scan results, however, they found little relationship between how much they had run overall and how much plaque they had in their arteries. Those men who had run the greatest number of marathons did not tend to have less, or more, arterial plaque than the men who had run fewer races, indicating that extreme running itself had not increased the severity of heart disease.

Running is not a silver bullet for overcoming bad dietary and lifestyle habits, writes the team, which was led by William Roberts of the Department of Family Medicine and Community Health at the University of Minnesota in Minneapolis. Though there was surprisingly little variation in HDL cholesterol levels among these fifty men, limiting factors include differences in tobacco usage, age, when they began running, and dietary habits. As Roberts told the Times, “You just can’t outrun your past.”

Most importantly this sort of research calls into question the limits of the human body. Endurance is a human trait—it’s why we can’t beat a horse (or most any other quadruped) in a sprint but can easily jog past it in a marathon—yet how much we should endure is a constant question in fitness. Scientifically-backed data give us a clearer indication of how much is healthy and what amount is too much.

Of course, this, like most every exercise form, is individual, which also has to be taken into consideration. Many studies cannot be replicated broadly, and it should be remembered that running is a birthright. We just have to understand what it provides and what it does not. We know it’s better to hit the trail than to sit at home. Where that trail leads remains open for speculation.

When someone is lying to you personally, you may be able to see what they're doing.