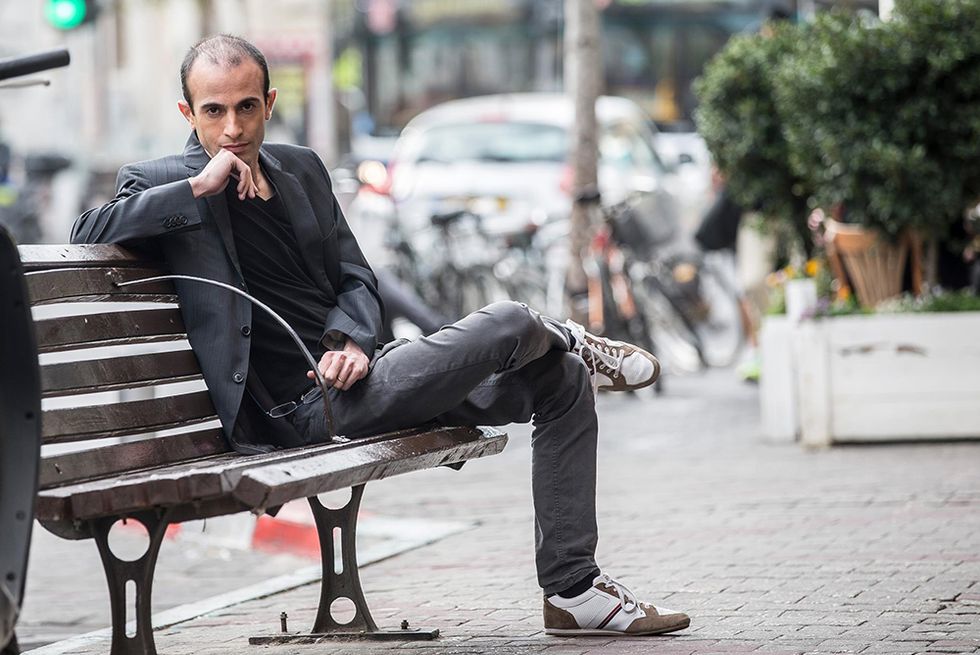 Time baffles us. While we can only live in the present moment, our brains constantly reflect back and lunge forward. Evolution has coded in us important unconscious reasons for this. Yet when we bring time into consciousness, being present with this moment now can seem a futile and impossible endeavor.

Our ability to imagine the future has been a crucial component of human, well, domination. Millennia-old Indian writers called this force maya: We envision, then create that reality. This skill makes us believe that anything forward is progress; anything behind a primitive version waiting to unfold into its full potential.

Yuval Noah Harari disagrees with this assessment. In his eloquent historical survey, Sapiens: A Brief History of Humankind, the Israeli history professor writes,

"We moderns have an arsenal of tranquillisers and painkillers at our disposal, but our expectations of ease and pleasure, and our intolerance of inconvenience and discomfort, have increased to such an extent that we may well suffer from pain more than our ancestors ever did."

Harari is no Luddite; technology is no enemy to our kind. Rather he takes an ethically minded gaze into the past few tens of thousands of years to figure out just how we got here. He argues that three major forces — capitalism, religion, and industry — created what we are today. But unlike many history books presenting facts and nothing more, Harari asks a pivotal question: Are we happy?

Such a seemingly benign query. Of course we’re happy! Or: Of course we’re not! Most likely a blend of these two, depending on the day. Yet, as he points out, there is a huge difference between individual happiness and group happiness, and therein lies one of modernity’s great ails: the loss of the tribe.

A high percentage of Americans today live alone, something new to our species. There’s a reason why activists call solitary confinement inhumane. If the goal is rehabilitation, don’t subtract the very foundation of their humanity. We need one another.

Before the Industrial Revolution, Harari finds that daily life is comprised of "three ancient frames": the nuclear family, the extended family, and the local intimate community. The group took care of the individual; the well-being of the group depended upon every member working together.

In the age of individualism, much of this is lost. The elderly are locked away in age-restricted homes, no longer providing input to the community; the younger generations spend more time making eye contact with their phones than with other eyes. The survival of the fittest is the pleasure of my genes. We may have much more now, but at what cost?

The need of one another, the need to be together, is an integral part of our species. Babies separated from their mother will suffer major distress, a common occurrence among all mammals and many other species. A high percentage of Americans today live alone, something new to our species. There’s a reason why activists call solitary confinement inhumane. If the goal is rehabilitation, don’t subtract the very foundation of their humanity. We need one another.

One of the great insights in Sapiens is Harari’s distinguishing between basic happiness — an ability to feel content regardless of external circumstances — and the search for pleasure. In his chapter on religion, he uses Buddhism as the main vehicle to explore this riddle.

While Buddhism is sometimes called a religion, it’s better understood as a psychological investigation. While complex layers were added after the founder Gotama’s time, the discipline itself is quite simple: We suffer because we’re ignorant of the true nature of reality. We want things to be one way; when reality proves us wrong, we become bewildered. There is a way to not suffer, which requires letting go of mental and emotional grasping.

In Buddhist and Hindu terminology, the words nirvana and moksha — liberation — imply a sense of ecstasy. This ecstasy is not the pleasure of the senses, however; it is a deep awareness of one’s sensations while moving from moment to moment, and within that resides santosha, contentment. Harari puts it beautifully:

"If you experience sadness without craving that the sadness go away, you continue to feel sadness, but you do not suffer from it. There can actually be richness in the sadness. If you experience joy without craving that the joy linger and intensify, you continue to feel joy without losing your peace of mind."

Our day to day often proves the opposite: when we’re experiencing pleasure, we want it to be more intense and last forever; when we’re sad, we feel as though the world should indefinitely stroke its violin for us. And so with the importation of disciplines like Buddhism and yoga — Gotama practiced yoga for years, so there is a good deal of crossover — we’ve begun to look inside as a means of overcoming suffering.

Harari notes that Buddha did, as modern practitioners argue, state that happiness is independent of external conditions. Yet this alone cannot defeat suffering, for "happiness is also independent of our inner feelings." The higher we place our feelings up a pedestal, the more we crave those we want to feel. The vicious circle (samsara) continues.

Can we be detached while also engaged? While Harari has definite opinions on certain topics (animal welfare being a welcome inclusion in this book), he does not blame those three forces above for any wicked intent. They are merely part of the ever-evolving narrative that created modern societies.

Whether or not they provide happiness — not pleasure, but a sense of inclusion in our, at times, fractured cultures — is a storyline each of us has to write. While there are no clear-cut answers, Harari offers plenty of sagely advice that seems so basic yet often forgotten: Strive, but don’t cling; value those around you, of every species; find contentment while shedding the constant need for more.

Derek Beres, a Los Angeles-based author, music producer, and yoga instructor, looks at a range of issues affecting the world's various spiritual communities in an attempt to sift through hyperbole and find truly universal solutions to prevalent issues facing humanity in the 21st century.