When a 'Rick and Morty' fan recently tweeted at Dan Harmon asking how to deal with depression, it didn’t take him long to reply. 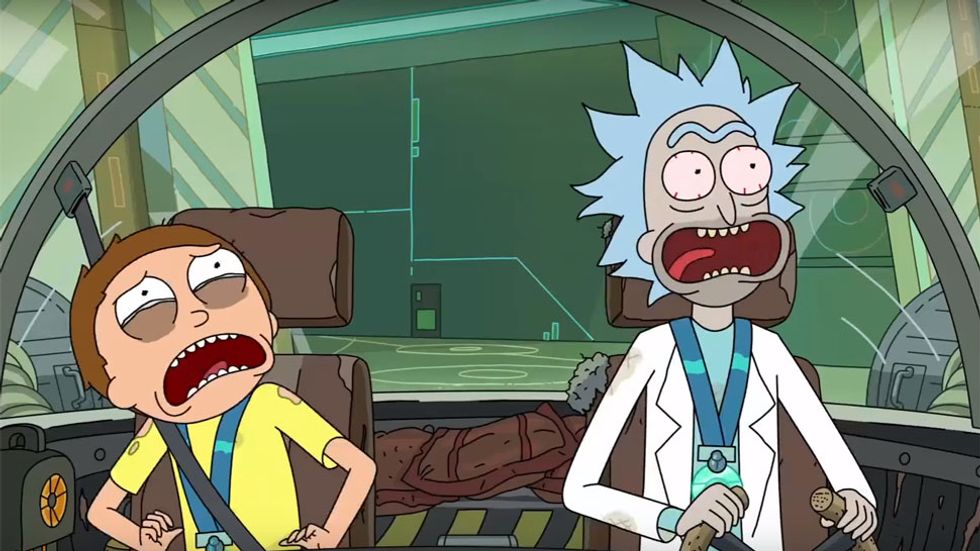 Social media has the potential to expose our deepest struggles and challenges to the public. While it too often serves as a soapbox for trolling and bullying, it also connects people to communities in ways previously unimagined. I probably never would have known I suffered from misophonia if not for the Internet; now, a thriving community exists, in which sufferers share tales, problems, and solutions.

The same is true of depression, one of the most widely experienced psychological disorders on the planet. Earlier this week I learned of a friend whose son, age 21, “lost his longtime battle with depression.” An aspiring musician, the family asks that friends and family donate to the Afro-American Music Institute in lieu of flowers. There’s no dearth of reasons to criticize the behavior on social media, but we have to remember the power of connection as well.

Especially when it comes to depression, which affects over 16 million American adults every year, as well as a growing number of teens. One of the main challenges for those experiencing depression is not knowing where to turn. Twitter is likely not the first place you’d go, yet when a woman recently tweeted at Rick and Morty co-creator Dan Harmon asking how to deal with depression, it didn’t take him long to reply:

In a 2014 interview Harmon claims that the early days of blogging helped him deal with his own duress. Writing down his troubles on a MySpace blog served as a form of catharsis.

For example, Harmon recalls the time he tried to be funny on Ben Stiller’s answering machine, which “probably made him hate me forever.” Instead of discussing the incident with friends, Harmon allowed it to stew inside until, one day, he blogged about it. The simple post proved to be an exorcism of guilt.

As he had lost faith in therapists, Harmon realized that, unlike the well-circulated claim that great art comes from dark places—especially true of comedians—he could forge an uplifting life without falling back on stereotypes:

This philosophy has spilled over into Rick and Morty. Even if therapy didn’t quite work out for Harmon, he’s normalized it on the show. In this light therapy is just a boring accessory that is applicable to everyone. By destigmatizing the simple act of talking with another human being, Harmon’s ideology regarding depression makes others feel it to be a simple fact of life.

Laughter has healing qualities. But there’s a big difference between the cynical chuckles of trolling and the hearty, belly laughs of true humor. Harmon has found a way of honoring the latter while not losing his social media chops. There’s a lesson in there for all of us, should we be open to talking it through.