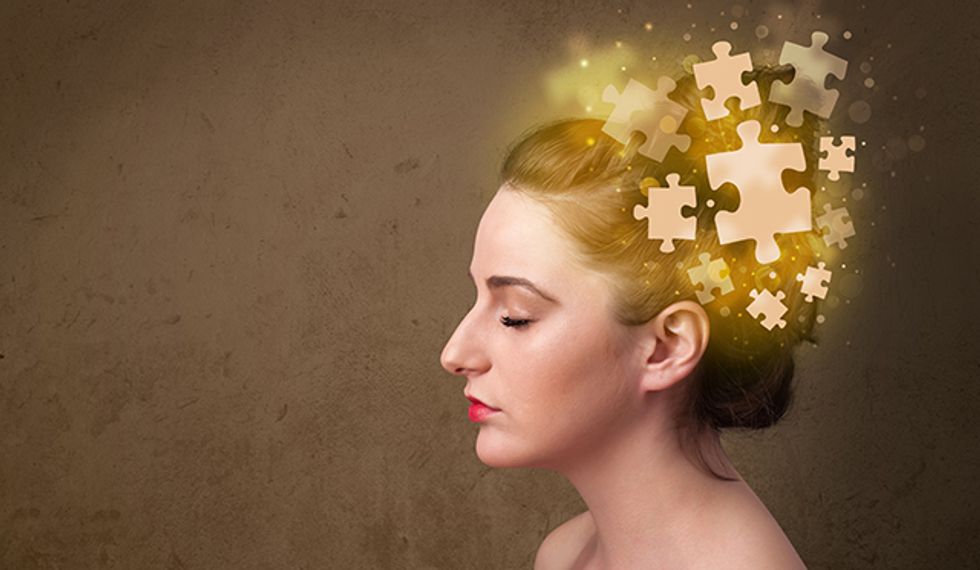 If there is to be a battle, there must be a field of battle; when the contestants really notice this they will have a war dance instead of a war.

As is popular in South Asian poetry, such imagery aptly describes a social as much as a psychological state. For example, the slim volume of karma yoga lessons, the Bhagavad Gita, treats the metaphorical field of battle as both a reflection of Indian society and an introspective mirror held up to one’s brain.

Humanity’s battle against its brain has, at least since written language commenced, been epic. Countless metaphysical fables and invasive therapies have been created to describe our place in existence and treat the neuroses that often follow. One of the most popular modern formats is the resurgence of Buddhist mindfulness, the practice of observing one’s thoughts as if watching passerby. As with prescriptions before it, there appears to be a danger involved.

Noticing your thoughts is much different than simply thinking. The neuronal firings that we term ‘thinking’ is so pervasive we hardly ever realize we’re doing it—until we attempt to stop (or, more realistically, slow) that rushing river of information. Only then do we realize that sitting in meditation has nothing to do with ‘doing nothing.’ As Buddhists are fond of saying, we are observing the observed.

Based in the Buddhist tradition, over 1,000 mindfulness courses are now being offered across the UK, predominantly under the name mindfulness-based cognitive therapy (MBCT). That sounds like a good thing; indeed, on paper, it should be. Learning to watch one’s thoughts has proven neural and emotional benefits, such as slowing the reaction time in one’s neocortex from lashing out after an angry or sad event. It offers immediate insight: ok, is this how I really want to act right now?

Part of the problem stems from inexperienced teachers leading clients through these techniques, according to Robert Booth. As he writes in his Guardian story linked to above, people are becoming certified to teach after taking a one-week training course, hardly enough time to understand much of anything useful about mindfulness. They haven’t even stepped onto the battlefield yet are acting like generals.

America is watching its own existential crisis unfold. In the Atlantic Tomas Rocha writes that this is the result of people treating mindfulness only for its socially quantitative benefits:

This widespread assumption—that meditation exists only for stress reduction and labor productivity, “because that’s what Americans value”—narrows the scope of the scientific lens. When the time comes to develop hypotheses around the effects of meditation, the only acceptable—and fundable—research questions are the ones that promise to deliver the answers we want to hear.

As Booth points out, some researchers have cited studies claiming that mindfulness can be as beneficial as pharmaceuticals in treating certain ailments such as depression and anxiety. Anecdotally I can vouch for this: Tibetan Buddhist mindfulness practice helped me get off Xanax seven years ago. I haven’t taken a pill since. When panic attacks arise—and they still do, though with much less force and frequency—I have a container to work within and address the issue.

Here’s the thing, however: I never measured the exact neurochemistry of my problem. I’ve heard some refer to panic attacks being ‘all in the mind,’ but a closer truth is that they’re all in the brain—and that means the brain’s chemicals and hormones, not a dualistic embodiment of stressful goblins invading my conscious experience.

Science communicator and writer Cara Santa Maria expressed it succinctly on a recent podcast when discussing her personal battle with depression. People refer to infections and diseases as problems requiring medical attention, yet when it comes to affective disorders, we expect ‘thinking positively’ to be enough. Crippling emotional problems are just as ‘real’ as other medical procedures; she discusses how much differently she treated life once she found the proper meds for her own unique biochemistry.

And this points directly to a failure of mindfulness training as cited above. Mindfulness is a trendy catch word, one numerous life coaches take advantage of. Genevieve Smith writes in Harpers that there are now roughly 50,000 life coaches in America. While some are trained therapists and psychologists who added the term to their business card to take advantage of a trend, many are not trained at all. When uncertified coaches encounter clients experiencing profound emotional distress or serious existential crises, they are not equipped to properly treat them.

The road of mindfulness has never been about feeling good all the time. Experiencing the depths of despair and anger might very well be encountered along the way. This is not necessarily a bad thing. As Rocha writes,

While meditators can better avoid difficult experiences under the guidance of seasoned teachers, there are cases where such experiences are useful signs of progress in contemplative development.

As neuroscientist and author Sam Harris writes in his new book, Waking Up, ultimately mindfulness aims at developing a non-grasping attitude toward any emotion:

Being mindful is not a matter of thinking more clearly about experience; it is the act of experiencing more clearly, including the arising of thoughts themselves. Mindfulness is a vivid awareness of whatever is appearing in one’s mind or body—thoughts, sensations, moods—without grasping at the pleasant or recoiling from the unpleasant.

There must be an awareness of what emotions are being breached in the practitioner, as well as knowing who can sit with trauma and emerge stronger on the other side and who might very well need a prescription or serious counseling. If the guide does not recognize these individual and specific nuances, trauma is a possible outcome in the student.

There has never been a singular path to self-realization. Recognizing this before teaching mindfulness is of utmost importance, just as walking the path yourself is crucial in unlocking the puzzling domain of our minds. Once that door is opened, you never know what might emerge.