How Christianity Is Becoming More Tolerant of the LGBT Community 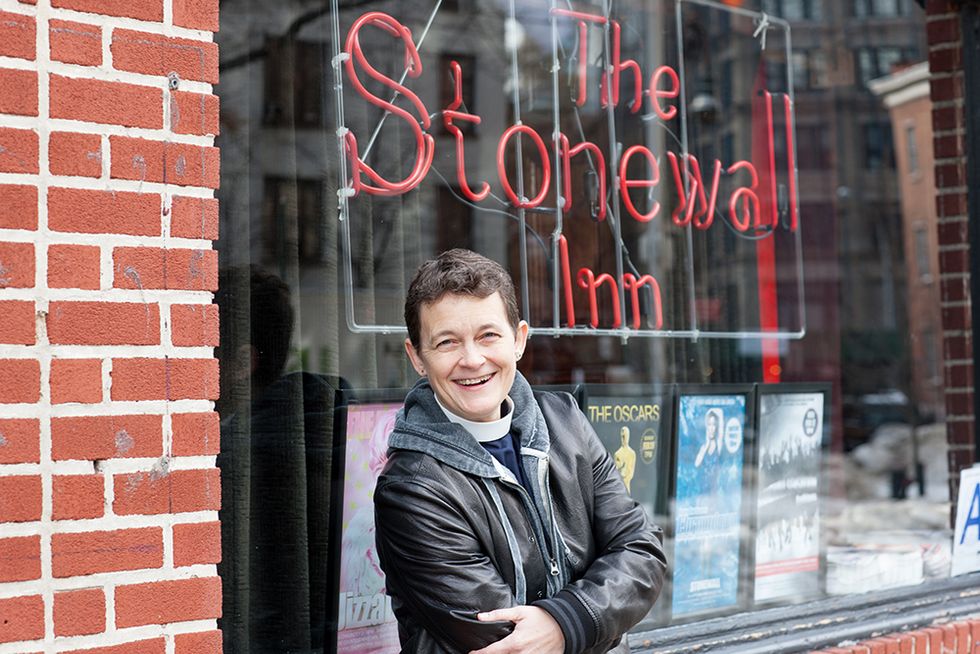 A few years ago I attended a Rosh Hashanah ceremony at a New York City synagogue. Being that I dip into religious rituals on occasion, I was especially excited to learn that this event was being led by a lesbian rabbi. It simply had to be more exciting than the handful of Catholic services I attended in my youth.

And it was. Besides the wonderful cantorial portion, her theme was the gay and transgender teenage homeless population in the city, which is apparently a large one. For nearly an hour she related the ethics of compassion, charity, and service in an underserved and rarely discussed community: the challenges they face, their invisibility to society, and our means of helping them.

This was a wonderful and transformational display of religion at its mightiest—social and psychological change for the betterment of the whole. Beyond scriptural readings Judaism took a backseat. That was part of her point, not letting beliefs get in the way of service. I have not stepped inside a synagogue since, but if I ever do, I hope to find another presentation of this magnitude.

I received similar feelings when reading Queer Virtue: What LGBTQ People Know About Life and Love and How It Can Revitalize Christianity (Beacon Press) by Episcopal priest Elizabeth M. Edman. While Edman focuses on religion a bit more than the aforementioned rabbi, her messages of compassion and understanding resonate on a similar level.

For over two decades Edman has served as an openly queer priest, now working in and around the Newark and New York City regions, washing dishes, giving services, and attending to the sick as a hospital chaplain. While she’s been helping others, she’s also aided in the fight for gay and transgender rights well before it caught mainstream attention.

Edman has found a kinship between queerness and Christianity, which serves as the foundation of her book. This premise is based on an exploration of the ‘Other’—how a shift in perspective opens you to not only tolerating but accepting those who might not share your same sets of beliefs. The Other has long held a prominent position in literature and culture; in fact, it continues to stoke fears through anti-immigration policies and xenophobia today. Edman writes,

Much of the work for queer justice—for any justice movement—involves transcending the fixation on otherness. Proclaiming our inherent value requires that we recognize, name, and celebrate our identity as queer people. That is, shifting our focus from the external disapprobation of our otherness—and the political subjugation it breeds—to an interior knowledge of ourselves.

Through this knowledge empowerment occurs; through this extension of kindness an open-mindedness is born. Edman certainly has history on her side for such a discussion. Pope Francis’s announcement that Catholics should apologize to gay populations could mark a new turn in the Church’s relationship with homosexuality. Recently a large American Presbyterian Church has also called for racial reconciliation. And Edman’s press photo is in front of a famous gay rights landmark, the Stonewall Inn, which was recently named a national landmark by President Obama.

While Edman aims for universality, her target is clearly progressive Christians. At times her pondering seem overly ambitious. For one, she wants to do away with the “disparagement of pride,” as the term is sacred to the LGBTQ community. Of course, it is clear that the pride/Pride connection is contextual. But to Edman, it’s part of the dismantling of boundaries, as the tribal and nationalistic connotations of Christian pride could be rewritten to signify something more human.

And it is during her human moments that Edman shines:

Clarity is lost on a nonbeliever like myself when the book dips heavily into theology. Edman’s pragmatism and humanism are the virtues that most need embracing. Transcendent principles, well intentioned or not, confuse the message. Charity is one thing; backtracking on Paul to revise history requires a dishonest leap of faith, for we cannot write the present into people and times we will never truly know.

That said, as long as she stays here on earth, in this present moment, Edman is doing wonderful work. The LGBTQ community is writing history at this moment. I don’t think we need religion to become more accepting. But if that’s the vehicle used to unite, it is infinitely better than the vitriolic, bigoted hatred being spewed from darker corners of this country. We can learn much from history so long as we don’t return to relive it.