How To Become More Resilient

Understanding how to become more resilient could rely on a simple linguistic shift. 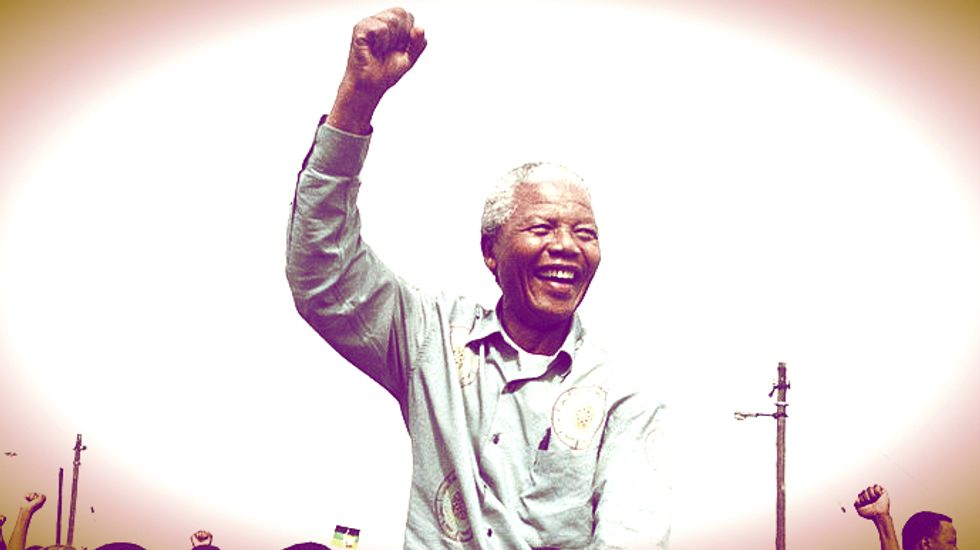 Many of our woes begin with language. For example, consider the difference between believing life happens to you and thinking life happens. Those two extra words create the potential for disastrous results: depression, uncertainty, anxiety, guilt. Traveling a different track affords you a level of personal responsibility that proves freeing.

Consider it another way: When you’re sitting on the 405 (or any highway) and someone calls, you’re likely to say "I’m stuck in traffic." Rarely would you say, "I’m traffic right now," even though that is more accurate. To the person behind you, you’re part of the traffic that’s delaying their plans.

These seemingly small linguistic choices result in large psychological consequences. Thinking life happens to us inflates our sense of ego, as if 4.5 billion years of history have led to this jerk cutting us off. When life just happens, you empower yourself with the decision of how to move forward. You feel involved in the choices you make, not belittled by a perpetual causal chain of events aimed at your demise.

This is where resilience comes into play. In a recent article in The New Yorker, Maria Konnikova discusses a young boy who would venture to school each day with a bread sandwich — meat and condiments were luxuries his alcoholic mother could not afford (or remember to include). This young boy was part of developmental psychologist Norman Garmezy’s pilot group; he was studying how resilient children are in the face of adversity.

We all have a tolerance for challenges. Some humans are able to overcome refugee camps, natural disasters, and political revolutions not only intact, but also stronger for it. Others melt if Starbucks doesn’t have their preference of milk. You never know what you’re made of until tested. Humans are often extremely resilient in sudden emergencies, whereas the aggravating humdrum of the day-to-day eats us alive. Then again, plenty of us flee or freeze when our parasympathetic nervous system flies into overdrive.

Before Garmezy’s work, Konnikova writes, psychologists focused more on what made their patients vulnerable than what made them strong. A 32-year longitudinal study in Hawaii, published by Emmy Werner in 1989, further changed the perception of resilience. Luck played a role: a loving mother instead of an alcoholic one, for example. Konnikova continues:

Perhaps most importantly, the resilient children had what psychologists call an “internal locus of control”: They believed that they, and not their circumstances, affected their achievements. The resilient children saw themselves as the orchestrators of their own fates.

Life didn’t happen to them; life happened, they responded.

Psychology professor Richard J. Davidson, the first researcher to scan the brains of Buddhist monks to test the neurological and emotional efficacy of meditation, devotes a section of one book to cultivating resilience. While it is generally believed recovering from adversity as quickly as possible is the best outcome, such a response can actually harden a person; a lack of empathy develops in those who do not take the time to grieve or reflect.

Davidson suggests mindfulness meditation (specifically, focusing on breathing) as one way of building resilience. The result might actually involve a slower recovery from a traumatic event. The importance here is that there is appropriate time for contemplation and healing, without spending weeks or months mired in a loss or setback. There is no set time for any individual. Davidson feels that resilience and empathy, however, go hand in hand.

Part of an empathic response is feeling someone’s pain. Indeed, recent research has shown that when we empathize, the brain activates many of the same networks as when we ourselves experience pain, physical or otherwise.

Creating visual triggers in your home adds a layer of self-reflection — Davidson suggests posting photographs of “earthquakes and tsunami victims on your refrigerator” as one potential means for developing empathy and thereby strengthening resilience. If you’re already slow to recover, however, this would be counterproductive; your sensitivity level is already heightened. Meditation or cognitive reappraisal training might prove more beneficial.

All of these methods share in common a quest for self-knowledge. Understanding how your brain works is an essential component of resilience. As neuroscientist Michael S. Gazzaniga writes, we often seek freedom in our lives, but the question to ask is: freedom from what? Such a concept only makes sense in social situations; indeed, many issues of resilience deal with external relationships in some capacity. He writes:

Responsibility and freedom are found, however, in the space between brains, in the interactions between people.

And in order to strengthen your interactions, as well as your responses to interactions, taking time out every day to reflect and sit quietly does a world of good. Every time you step outside of your home, opportunities of challenge emerge. You can never fully predict what’s going to happen, but one thing seems clear: It isn’t happening to you. It’s just happening. What happens from there is up to you.