What drug-addicted soldiers can teach us about addiction and recovery

19% of American soldiers returned from Vietnam addicted to heroin. 95% of them recovered without relapse. How? 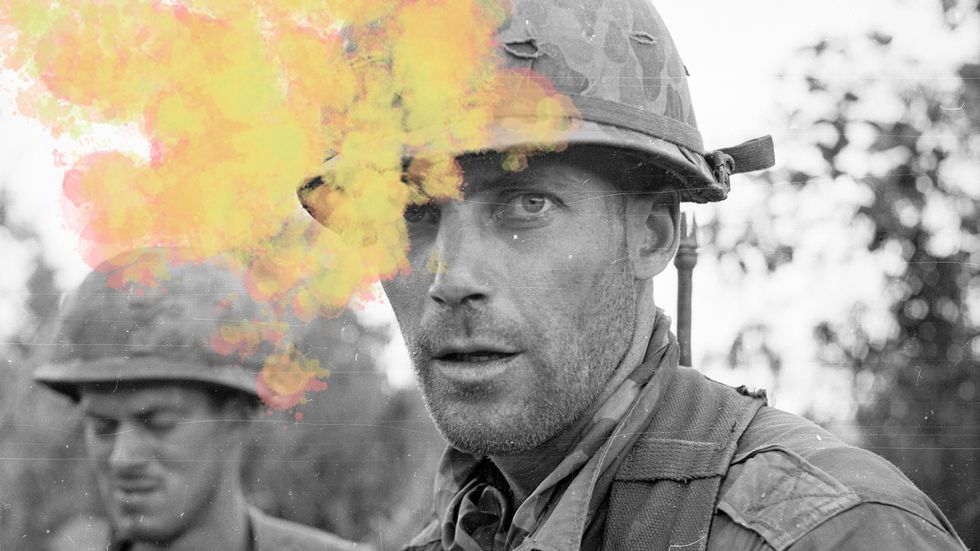 Of all war films that offer a sense of actual combat, the documentary Restrepo is arguably closest to representing the tedium and boredom that sets in on a day to day basis—and this in one of the most contentious regions on the planet. For soldiers in the Vietnam War, weeks were filled with not much at all, making it easy for heroin to infiltrate the barracks.

Laboratories in the Golden Triangle—Myanmar, Laos, and Thailand—were pumping out low-grade no. 3 heroin for years. Then in 1971 a chemist in Hong Kong went Walter White and started producing 99 percent pure heroin, otherwise known as no. 4. Kilo prices jumped, yet so did soldiers picking up bags from street merchants and highway stalls, even from maids who cleaned their quarters. By the time the war ended 35 percent of American soldiers had tasted heroin while 19 percent returned as addicts. With Nixon waging his crusade on illicit substances to control minority and radical populations, he knew this epidemic was going to be severe. A hundred thousand returning addicts who had just fought for the country could not be handled lightly.

As Adam Alter writes in Irresistible, the marketing professor’s latest book on addictive technology, something incredible occurred. After their initial detox only 5 percent of soldiers relapsed. In the addiction community that number is unbelievable; normally only 5 percent of heroin addicts don’t relapse.

What changed? The environment they were in. Alter writes:

They arrived home to a completely different life. There was no trace of the jungle; the steamy summers in Saigon; the rattle of gunfire, or the chop of helicopter blades. Instead, they went grocery shopping, they returned to work, they endured the monotony of suburbia, and enjoyed the pleasure of home-cooked meals.

Of course, PTSD and other symptoms are another story. What is incredible about this case is that it wasn’t genetics or potency that mattered—it was the shift in environmental conditions. Today, Weill Cornell Medical College clinical psychiatry professor Richard A Friedman believes that changing your environment can also shift the current opioid and obesity epidemics.

Friedman cites a 2010 study at Columbia University that found proxies for stress in the form of low social status and social support resulted in fewer D2s, dopamine receptors involved in your brain’s reward network. Turns out the higher your D2 level the less likely you are to seek out pleasure in drugs such as carbs and sugars and pills.

These receptors don’t only predict drug usage, Friedman writes, their count is also lowered by continued ingestion of substances like heroin, cocaine, and alcohol. He extends the argument for painkillers such as opioids and comfort foods.

These people are far less sensitive to rewards, are less motivated and may find the world dull, once again making them prone to seek a chemical means to enhance their everyday life. As our understanding of our brains evolves researchers are realizing that while addictive substances are varied, how you become addicted to a substance is similar. This is true with, as Friedman implies, cookies and meth, as well as smartphones and tablets, as Alter discusses.

It returns to the pleasure derived in our reward network. Each drug has the same insidious effect: what provides immense pleasure at first requires stronger doses as we become accustomed to new levels of stimulation, requiring more of the substance—more food, more pain relief, more time staring at a screen. This is as true of Candy Crush as real candy.

And so food addicts find “normal food consumption insufficiently rewarding” while olfactory stimuli creates more intense cravings in the obese than in the slim. It is measurable chemistry, but Friedman argues that environment overrules genetics and habits. Since we can’t change our genes, changing our environment appears to be the most beneficial road ahead. Our environment has changed. Food deserts aren’t void of product; they are filled with processed sugar- and carb-heavy foodstuffs cheap to produce and cheap in the body. They provide little nutrition but much pleasure. Once you’re hooked on the taste it’s nearly impossible to alter your reward circuits. By remaining in that environment you’re likely to succumb.

Yet this isn’t only happening in poor neighborhoods. As Natalia Petrzela writes in the Washington Post, our president’s poor eating habits and lack of exercise influences the nation. She argues that he’s operating under century-old assumptions:

His love of rich foods and leisure paradoxically trades on century-old tropes that also cast him as a kind of Everyman’s Billionaire. Until about 1920, the wealthy conspicuously consumed caloric foods and avoided exertion because few felt they could afford to do so.

Caloric foods are overwhelmingly available today in every pocket of the nation. And this is an evolutionary first. As Friedman puts it:

There was no flourless chocolate cake on the savanna.

This “double whammy” of cheap foodstuffs and pervasive pills is a precedent our bodies are not prepared for.

Friedman also notes something important that’s known in the addiction community: everyone has the potential to be an addict. It was long thought that certain genetic traits created the addict, but technology, obesity, and opioids prove there’s an addict lurking inside of us all. It just takes the right mixture of timing and place. Change the setting and you can recover—as Friedman observes, that might be the only factor we truly have control over.