A new Yale-Harvard study categorizes gun violence as a social contagion and a public health epidemic. If nothing changes, over 33,000 people will die at the end of a gun this year in the United States. 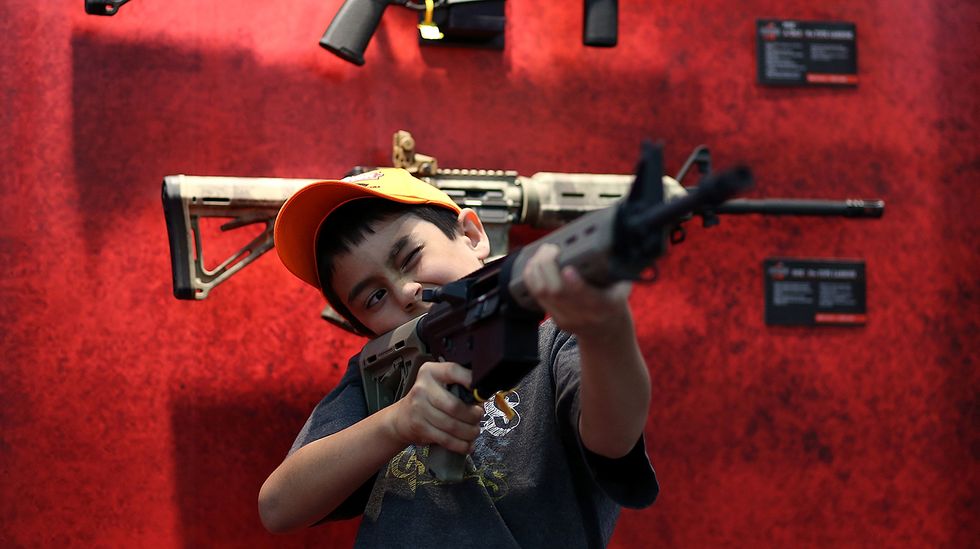 A study published in JAMA claims gun violence spreads like an infectious disease. The research team – Yale Sociology professor Andrew Papachristos and Harvard students Ben Green and Thibault – looked at over 11,000 shootings in Chicago from 2006 – 2014. The researchers concluded that gun use spreads like a virus due to social affiliation with others, with Papachristos telling Gizmodo: “You don’t catch a bullet like you catch a cold, [but] the power of this analogy is really thinking about the precision with which it moves through a population.”

The total network studied includes over 138,000 individuals. The likelihood a gun is fired is partly dependent on the network you’re involved with. For this reason, Papachristos concludes gun violence should be treated “as a public health epidemic and not just a policing problem.”

Criticism over ‘stop and frisk’ policies in the New York City Police Department is well documented. Across the nation police officers have been captured on camera perpetuating unjust violence, which has resulted in numerous marches, online movements, protests, and counter-violence. Yet rates of gun violence are not going down. It’s more than a policing problem.

If trends continue—nothing hints they won’t—over 33,000 people will die and 200,000 will get injured this year in the United States, far exceeding any other nation. That the 33,000 number bundles together homicides and suicides doesn't make it any less relevant or problematic. Still, diseases with less impact receive more funding, including HIV, Parkinson's disease, malnutrition, and intestinal infections. In fact, the other two major causes of death receiving less funding are drowning and falling—pretty self-explanatory, even if conditions vary.

Gun violence is not so easily explained. Second Amendment pundits argue that it’s people, not bullets, causing problems; some conclude it should be treated as a mental health issue on a case-by-case basis. But that’s not how humans operate. No one lives in a vacuum. We’re constantly influenced by our environment and, more specifically, those we navigate our environment alongside.

Yet funding as to why this is and what can be done to stop it pale in comparison to other diseases. Based on deaths alone, gun violence should receive $1.4 billion for research over a decade. The amount it received during the nine years this study ran? Twenty-two million dollars.

Those kill about the same number of people, but that has been decreasing substantially. … All of that really starts from essential public research that determines the proximate causes of accidents — and it’s only with research that you can start to develop plans and policies and initiatives.

With the incoming administration such policies seem impossible. Of all the lobbying groups, the NRA’s ‘rating guide’ of elected officials is one of the most insidious framing of arguments (that turn into policy). The rallying cry of ‘personal rights’ is easily confused by the true message, ‘sell more guns.’ In this capitalistic thrust forward a nation continues to be held captive by a preventable and treatable disease, if only the people in charge of seeking a cure would live up to the responsibility of doing so.

This is not to imply that a silver bullet would become immediately apparent with a few studies. But it would be a step in the right direction. Often people needing a doctor most visit least, choosing denial of their condition over their health. A small but powerful segment of the American population remains in denial about gun violence even though the doctor is right around the corner.