Does Fasting Make You Smarter?

A new study in mice shows that fasting increases BDNF, a protein that promotes the growth of neuronal connections. 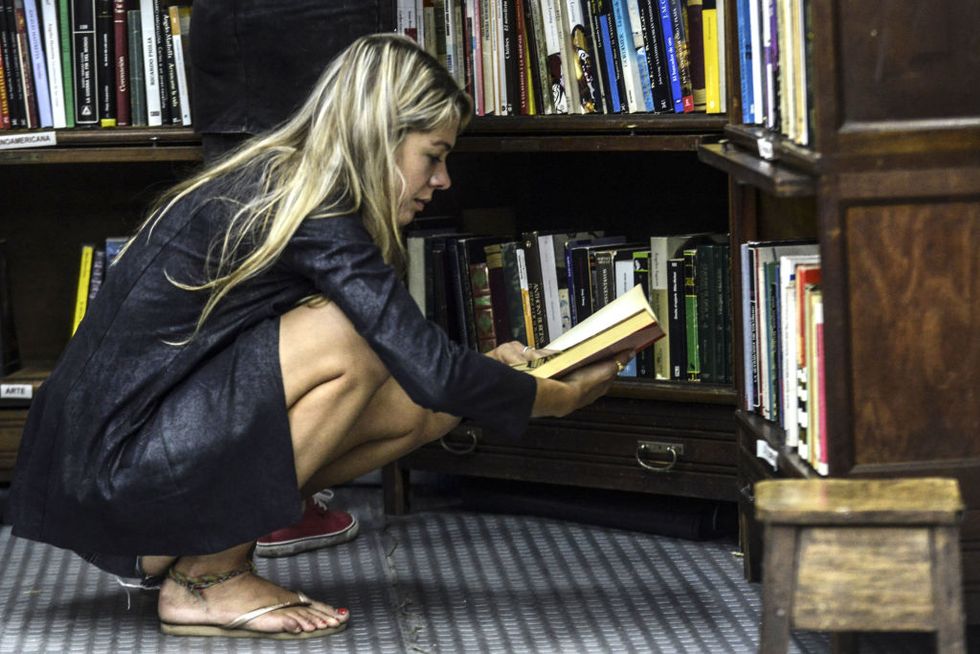 A woman reads a book at the Medellin Book Fair on September 13, 2017. (Photo: Joaquin Sarmiento/AFP/Getty Images)

Like all diet trends, the current fasting craze is rooted in one part tradition (numerous religious rituals include fasting, though many were the result of resource management, not spiritual ambition), one part science, and many parts overinflated buzz. Metabolic changes associated with fasting predominantly end when the fast does, while the prospect of living in a perpetual state of fasting is not sustainable for most. As with many questions in nutrition, it leaves us wondering fasting’s actual benefits versus forgettable hyperbole.

Mark Mattson finds fasting satisfying. He has not eaten breakfast in 35 years. The Chief of the Laboratory of Neurosciences at the National Institute on Aging Intramural Research Program consumes 2,000 daily calories in a six-hour window, a practice called intermittent fasting that has grown especially popular in the paleo and ketosis communities.

While Mattson’s daily 18-hour fast anecdotally serves him well, another intermittent fasting trend made famous by Jimmy Kimmel, the 5:2 diet, has soared in popularity. In this regimen you effectively eat whatever you want for five days a week—the wisdom of “whatever” being debatable, however—and restrict your calories to 500 on two of those days. Kimmel’s noticeable weight loss sent this diet into the Internet stratosphere.

Most people begin either of these styles of intermittent fasting to shed pounds. Mattson, however, wanted to learn something else: Can fasting make you smarter? From his recent research into mice, the possibility is now being entertained.

Mattson’s team studied forty mice. Both groups consumed the same number of calories over the course of the study, but one group took every other day off eating while the other group ate normally. The fasting group exhibited a 50 percent increase in brain-derived neurotrophic factor (BDNF), a protein that John J Ratey, associate clinical professor of psychiatry at Harvard Medical School, calls “Miracle-Gro for the brain” due to its role in promoting new neuronal connections.

Whereas neurotransmitters carry out signaling, neurotrophins such as BDNF build and maintain the cell circuitry—the infrastructure itself.

Ratey discusses the role exercise has in promoting the growth of BDNF, an important phenomenon I covered in detail in my last book: training your body is just as important for your brain as anything we associate with physical health (such as weight loss). While the cultural emphasis on fitness has been movement, research has shown that, time and again, what you put into your body—or, as Mattson might argue, what you don’t put into your body—is the most relevant factor.

The brain-body connection has become marketing fodder for ambitious health food companies for decades now, shifting with each new sliver of science. Plenty of misinformation regarding the “brain-boosting” effects of antioxidants and “superfoods” is out there. GT’s Kombucha is only one example of a company that had to remove such claims from their bottles; it was revealed that the company was also lying about its products’ sugar content.

For most of history we ate food that was available and edible. The very definition of “food” has changed over the last century, since refrigeration and industrial processing completely altered our perception of what could go into our mouths. How we eat is as different today as what we eat. As Mattson told the NY Times,

From an evolutionary perspective, it’s pretty clear that our ancestors did not eat three meals a day plus snacks.

Will Mattson’s research on mice translate to us bipeds? The jury is out. One study that showed considerable increase in mice life span displayed a smaller effect in primates; benefits are not always transferable. But given the positive news of late about fasting, calorie restriction, and ketosis, it’s obvious that eating whenever you want, whatever you want isn’t working for our waistlines. The leap into our brain’s is not a far jump; more research into this possibility should be considered.