Can Psychedelics Make Us More Moral?

With a renaissance going on in psychedelic research, is making us better people included? 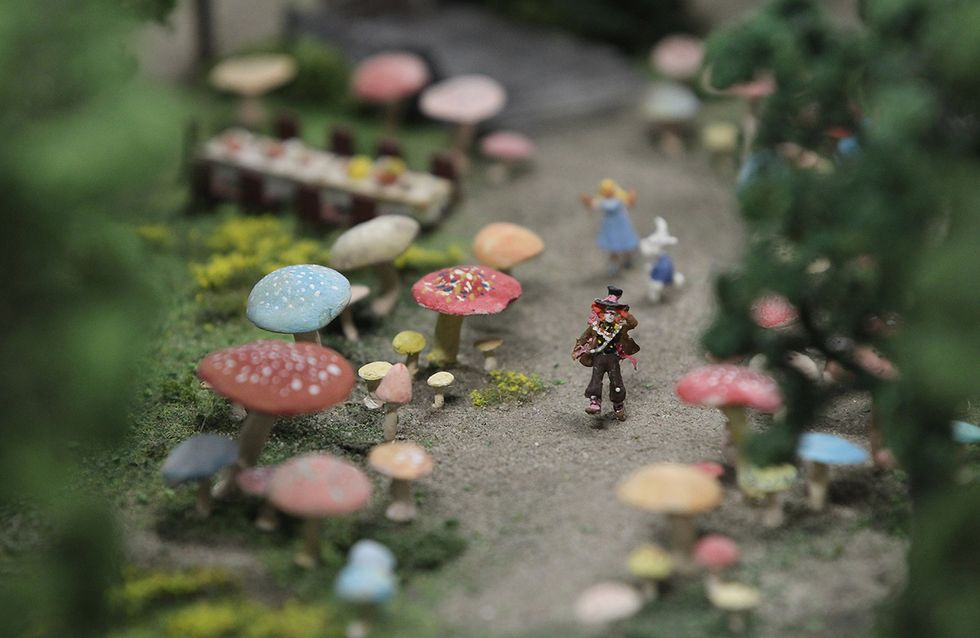 A miniature version of the Madhatter walks among rabbits and magic mushrooms from Alice in Wonderland. (Photo by Sean Gallup/Getty Images)

Psychedelics are experiencing a renaissance. As serious scientific research is occurring with ayahuasca, psilocybin, MDMA, and others, we’re moving away from a prohibitive mindset into a more expansive, open-minded inquiry into the therapeutic benefits of various substances.

In truth, the ban has been brief. While substances are heavily regulated—aggressive policing of a more benign substance like marijuana causes irreparable harm in economically distressed and racially profiled communities—psychedelics have been used for the entirety of recorded history, and probably much longer.

During its half-century stretch of illegality, questioning psychedelics has always been about health, personal or public. Drugs are bad, says the suburban housewife or urban executive as they ingest a daily cocktail of multi-billion dollar pharmaceuticals. Even food itself is a drug. Chemistry informs the foundation of our sense of self, our philosophies, our behavior.

It has always been about marketing. For example, we know sugar kills through its role in the various diseases of affluence, just as we know marijuana has never killed anyone. This misunderstanding of how chemistry affects our bodies not only pertains to health and economics, but morals as well. This is the very question Brian Earp is asking.

For hundreds or even thousands of years, traditional societies have used psychotropic substances to catalyze moral learning to help children transform into morally mature adults.

Earp, a research associate at the Oxford Centre for Neuroethics, does not limit his discussion to psychedelics. For example, psychopathy is a chemical misfiring: emotional stimuli, such as words like ‘murder’ and ‘rape,’ have no effect on a psychopath’s nervous system. In fact, extreme violence can have a calming effect. No amount of prison time or behavioral therapy will change this.

Could a moral drug enhancement instill empathy in such a person? If so, should it be used? Earp is not ignorant of the ethics of such a drug. Looked at from a broader social perspective instead of an individualist mindset is one important factor. If there’s a possibility that a psychopath could harm members of a society, would such a drug be beneficial, especially if the person desires it? What if they don’t?

Psychopathy is a small but very real instance. What about extending this idea of moral neuroenhancement to people with depression? Anger management issues? Excessive anxiety? This does not imply that a person needs a daily dose. Research has shown that psilocybin has an effect even after one episode:

Subjects also reported, and community observers corroborated, that as a result of the psilocybin experience, they experienced lasting positive changes in outlook and behavior, including “altruistic/positive social effects.”

While Earp’s proposal sounds futuristic, the drugs are already available. “It’s just a matter of in what ways are they used and when,” he says. With microdosing and synthetics booming in popularity, a broader understanding of how a variety of chemicals operate is a necessary step researchers need to take.

Is the day when your doctor prescribes LSD for a bad temperament far off? The possibility looms. While the concept of morals is tenuous and regional, recognizing that certain substances have the capability of positively transforming behavior will help us overcome a longstanding cultural fear of psychedelics. An honest conversation about their potential therapeutic use is at hand. The only thing that isn’t going to help is pretending the conversation doesn’t exist.