The evolution of driving might disconnect us from each other even more. 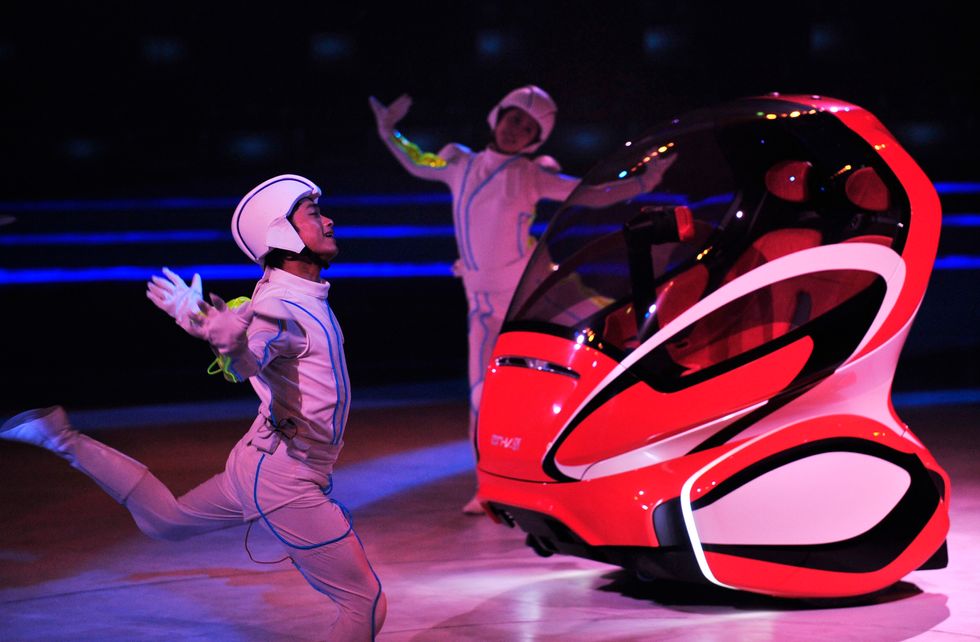 Of all the futuristic promises catapulting society forward, self-driving cars rank near the top of many lists. Safer highways are guaranteed even while nagging bits of legislation remain uncertain—such as this man reportedly caught sleeping at the wheel, and not in the figurative sense. If the car is autonomous, does his consciousness matter?

The self-driving car has become a trademark of autonomy. An excited lobby consisting of Ford, Google, Uber, Lyft, and Volvo is preparing consumers for highways decorated by cautious robots. Jerking to a stop due to lap texting will be a thing of the past—now you can text at eye level! The lobby is reportedly working on cleaning up PR issues that wary drivers might hold about the safety and efficacy of this technological shift.

But is this the only concern? Matthew B Crawford doesn’t think so. His book, The World Beyond Your Head, is a testimony of why individualism requires society; the one is not an island separate from the many, even in this age of supposed hyper-independence. The author of Shop Class as Soulcraft, in which he argues that physical labor—craftsmanship—cultivates ethics and personal responsibility, foresees more alienation with the advent of self-driving automobiles.

Disconnection—pressing a button to make something happen—facilitates an experience of one’s own will as something unconditioned by all those contingencies that intervene between an intention and its realization.

Our cars are prosthetics in which we caravan around our environment. As automakers create an experience more like navigating a video game in our living room than piloting a social arena in which spontaneity and attention are required, further detachment from our fellow travelers is guaranteed. This mindset easily spills over into other public domains.

Perhaps that’s because we've forgotten the unspoken contract of public spaces. Lack of regard for others is constant: checking Instagram while ascending stairwells, clipping fingernails in subway cars, discussing nothing of possible relevance loudly on your phone during train rides. A recent study shows that participants believe they check their phone thirty-seven times per day; the actual number is eighty-five. Disengagement caused by habitual patterns is impeding progress across the board.

It’s not that safety is of no concern. An estimated 430,000 people are involved in accidents due to distracted driving every year, a number that’s only increasing. Is the solution circumventing the problem with more technology, however?

Crawford states that it’s not technology that’s the problem. Our devices only exploit poor social development patterns. Increasingly digital automobiles are, however, competing for our interest with other devices. Downtime becomes impossible; self-reflection a relic of the past.

Last week after returning from New York City my girlfriend and I hopped into a cab. In New York you can turn off the screens on the backseats in cabs. Not so in Los Angeles. I had the option of turning off the volume, not the images. Given that it was ten at night, I had to spend the entire twenty-minute journey home fending off an assault of irrelevant advertising and news, which, in a cab, is only another form of advertising. Worse, I paid for it. Add to the fact that the driver is thumbing through his texts while on Sepulveda and a constant recipe for disaster simmers.

Crawford canvases the evolutionary and neurological history of our species through his exceptional book, using a variety of professions to highlight examples of embodied cognition: glass blowing, motorcycle repair, organ making. He discusses our ‘exquisitely sensitive capacities for navigating our environment, which are being coopted by ‘advancements’ like self-driving cars. He continues,

A good design principle would be to try to exploit these capacities, rather than to sever the connections between perception and action, as the current generation of automotive engineers seem intent on doing.

If you don't know how you arrived, how will you ever know where you really are? Taoists recommend focusing on the journey, not the destination, but automakers are apparently not Taoist—it's like Google discussing mindfulness, a practice antithetical to its business model. Disruptions in our ‘attentional environment’ hinder relationships with both objects and other people. Our spatial orientation falls out of synch with the reality in front of us. Being unable to tune out distractions, we carelessly pinball our bodies through space. We exit our self-driving car to continue on autopilot.

As Nicholas Carr writes, this destroys our ability to develop higher-order emotions like empathy and compassion.  Our emotional reactivity is stunted while anxiety levels remain high thanks to an over-stimulated nervous system. Crafts sculpted by the hands of a disciplined mind give way to apps that ding every time someone likes our cat video.  The result, Crawford says, is a type of autism being embedded in the fabric of society, with its unique set of economic and political principles intact. Because, he writes,

Our experiences are increasingly manufactured for us, it follows that our attention is increasingly structured by design.