Who Is the Alt-Right? Researchers Build a Psychological Profile

Among other things, researchers found that there are two subgroups of the Alt-Right, but that the more economically motivated members may buy into White Supremacy over time. 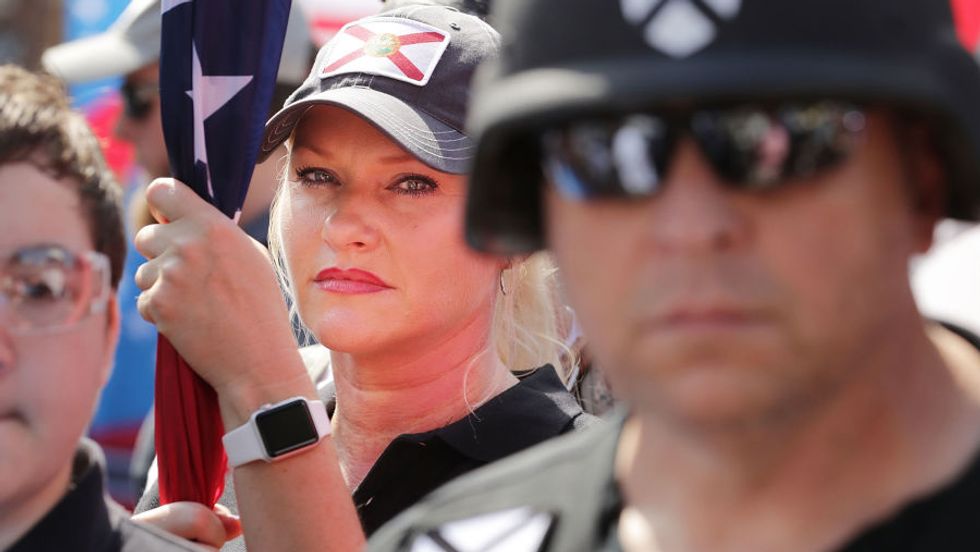 Hundreds of white nationalists, neo-Nazis and members of the 'alt-right' march during the 'Unite the Right' rally August 12, 2017 in Charlottesville, Virginia. (Photo by Chip Somodevilla/Getty Images)

Now that the prefix “alt” is being thrown in front of anything one opposes, a new study investigates the characteristics of people affiliated with the Alt-Right. The paper offers insight into what this collection of individuals and small movements really thinks about the state of the union.

Two assistant professors—Patrick S. Forscher, in the Department of Psychological Science at the University of Arkansas, and Nour S. Kteily, in the Department of Management and Organizations at Kellogg School of Management, Northwestern University—used Amazon’s mTurk platform, in which people post bulletins to recruit human intelligence for tasks computers cannot perform, for data collection. Members affiliated with the Alt-Right were paid $3 while a comparison group of non-Alt-Right members received $2.

While trusting online replies by self-identifying members of any group is tricky, a two-tier verification system offered at least some semblance of honesty. After discarding a number of responses, the researchers analyzed 447 members of the Alt-Right with 382 non-Alt-Right respondents in the comparison group. While we’ll look more deeply into the methods, this summation from their conclusion is perhaps unsurprising:

In last week’s Real Time, Bill Maher mentioned the Alt-Right could not exist without the Internet. Indeed, many groups would not have formed without this powerful device. (I’ve previously written about another such phenomena, misophonia.) Forscher and Kteily wanted to better understand if the Alt-Right leaned more populist, focused on anti-globalist and anti-establishment issues, or were truly the products of White Power. It turns out a little of both, with the latter expressed more forcefully.

In this study, members of the Alt-Right were first asked questions regarding the gap between elites and non-elites, attitudes toward the economy, trust in various media outlets, and notions of supremacy, including social dominance orientation, Right-Wing Authoritarianism, and Dark Triad (narcissism, Machiavellianism, psychopathy) characteristics. Measures of self-reported aggression and extremist philosophies also played a role.

The comparison group described their own political ideologies and feelings on the Alt-Right. Both groups were asked if the Alt-Right is racist. Importantly, they left out comments about Trump and his potential affiliations with the Alt-Right during analysis.

Then they dove into minutia. Respondents had to measure friendships and moral foundation traits, including equality, fairness, loyalty, authority, and purity. Intergroup allegiance was rendered, as well ideas about dehumanization. In perhaps the most telling aspect of the study, the famous chimp-to-human evolution drawing was presented. Respondents were asked to identify where along the timeline the following three subgroups were located: Alt-Right members, such as Americans, Europeans, Swedes, and Whites in general; religious and ethnic groups like Arabs, Muslims, Mexicans, and Blacks; political opposition groups, such as Democrats, feminists, journalists, and Republicans who refused to vote for Trump. You can read all the questions asked here.

Image used for the ascent scale anchor points in the study (page 32 of the survey).

Next measured was self-reported aggressive behavior, including online and offline name calling, physical threats, harassment, and willingness to make statements because others find them offensive. Economic issues followed, including perceptions of disadvantage among ten groups. Feelings of in-group and out-group political affiliations were discussed, followed by support for the police, governmental and economic corruption, trust in both mainstream and alternative media sources, and finally, feelings on race-based collective action, such as Black Lives Matter.

Members of the Alt-Right display low trust in mainstream media and moderate trust in alternative media sources like Breitbart and Alex Jones. They measured at the midpoint on Dark Triad traits, Social Dominance Orientation, Right-Wing Authoritarianism, and dehumanization of religious and ethnic groups and their political opposition groups. They generally believe some groups of people are “simply inferior to other groups.”

The Alt-Right scored much higher on motivations and willingness to express prejudice and to harass others. They support the organization of Whites but claim Black Lives Matter has been harmful to the country. Their respect for the police was higher, and they derived more pleasure from dehumanizing others—non-members were notable for not dehumanizing members of the Alt-Right. The two groups shared similar scores regarding the moral outlooks of their friends (in-group mentality), economic evaluations, and concerns about governmental corruption.

We found some evidence for the populist portrayal, as Alt-Right supporters expressed suspicion of mainstream media and trust in alternative media. Interestingly, we found little evidence that this populism extended to economic issues: Alt-Right supporters were more optimistic about the current and future states of the economy than non-supporters.

The authors recognize limitations. As a cross-sectional study, this paper only speaks to correlates rather than causes of Alt-Right membership. They only measured a subset of potential variables, leaving out anxiety about social status and other markers. As their recruitment process was through convenience sampling, the dangers of self-reporting are apparent, including people lying about their affiliations.

One of the more interesting aspects of this paper is the authors’ belief that members of the Alt-Right sometimes begin with populism and get pulled toward supremacism as they befriend more White Power advocates—again, in-group mentality. This makes sense given how tribalism is expressed in many aspects on both sides of this study.

But no, that does not give credence to the notion that “both sides are to blame” for incidents like Charlottesville. This paper clearly shows increased levels of hostility and aggression as well as willingness to harass and dehumanize on the Alt-Right. Perhaps most sadly, though, is that both sides do express distrust in the government and economic forces ruling America. A united effort could produce substantial change, but so long as the tribes battle that seems impossible. In his book, Behave: The Biology of Humans at Our Best and Worst, Robert Sapolsky writes:

Almost by definition, you can’t have a society with both dramatic income inequality and plentiful social capital. Or translated from social science-ese, marked inequality makes people crummier to one another.

Bigotry, ethnocentrism, and oppression speak to our lowest, basest instincts. The biological mechanisms of out-group hostility played an important role in human development, but that time is over. So long as the fighting remains aimed at other ethnicities instead of the forces stoking nationalist flames, progress is impossible.

There are arguments amongst evolutionary biologists about whether evolution is gradual or has sudden jumps and fits. As this paper shows, we need a serious social jump right now, biology be damned.