Who—or what—caused the first cause?

Archetypes of creation and the origin of all things. 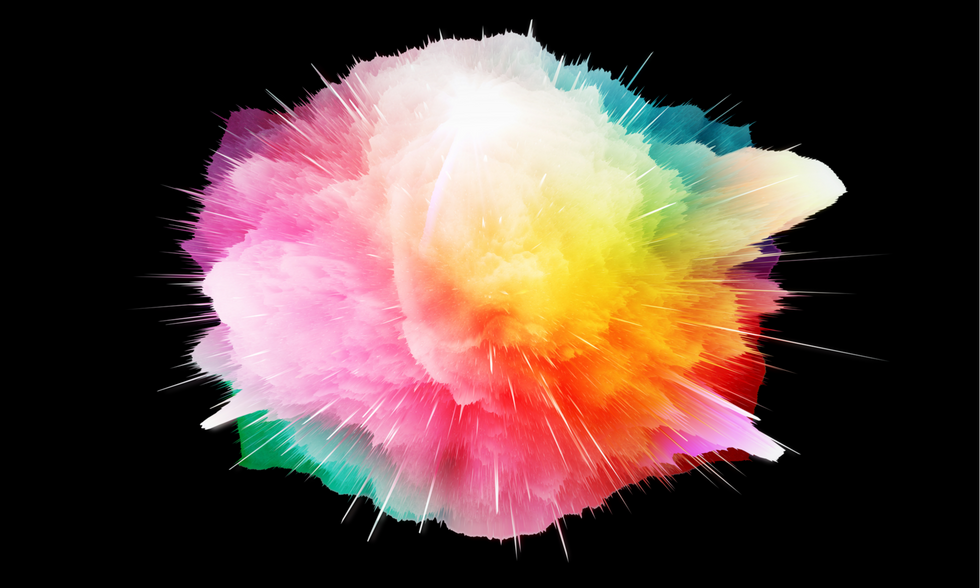 Gottfried Wilhelm Leibniz was right on when he proclaimed that the hardest question we can ask is “Why is there something rather than nothing?"

The German philosopher knew that human thinking unfolds in an endless chain of causation and that, by going back and asking “But what caused this?", we inexorably hit the wall of walls, the First Cause—the cause that caused everything else without itself being caused.

Aristotle, who constructed a machine-like cosmos with nested gyrating spheres like a set of Russian dolls, conjectured the existence of a sort of deity, the Unmoved Mover, an entity capable of imparting motion while it itself did not move. So, even the pragmatic Aristotle had to resort to a supernatural cause to deal with the First Cause challenge. The outer sphere would later be known as the Primum Mobile, the sphere that impinged motion from the outside in. Outside, in Medieval cosmology, was the realm of God and the elect.

But the age-old question continues to trip us all: What is the cause that caused everything else?

This is a question where science and religion are profoundly enmeshed, if not in practice at least historically. After all, most religious traditions, past and present, have a narrative that tells of the origins of all things, a myth of creation. These narratives are sacred, as they describe the origin of all things through the action of a deity or deities, or through some process that defies the workings of nature. To bypass Leibniz' question, creation myths make use of an Absolute Being, a cause that lies outside the normal workings of the world, outside space and time, outside the chain of causation that defines our material existence.

It makes sense. In pre-scientific times, how else would one account for the existence of the world? To boot, creation myths serve a social purpose, establishing the power hierarchy that holds the tribal morals together, the value system that defines their shared creed. When God first appears in Genesis 1, it is clear to the reader that he/she/it is the Creator, omniscient and omnipresent, not of this world but somehow in this world; a pervasive, immanent presence, that makes itself felt in mysterious ways.

Different religious cultures would have different narratives of creation, most of them with supernatural gods responsible for the creative act, marking the beginning of time itself. Such narratives make use of a linear time, with a beginning at some point in the past. Some traditions—for example, the Maoris of New Zealand—suggest that the world came to be on its own, without the influence of an active deity: it appeared, out of nothing, from an ineffable urge to exist. Others, notably from China and India, would report that in the beginning there was an egg, floating in nothingness, and that the egg cracked the world and its forms came to be from the different parts of the egg.

Yet in other creation narratives, as in a Taoist myth from before 200 BCE, the cosmos emerges on its own, as order coalesces from its dynamic interplay with chaos. Most creation myths belong to this category, having a beginning in time, either from the action of a deity or deities, out of nothing, or from chaos. These are the first three archetypes of creation.

But not all creation stories go like this. Some make use of either a circular time or of timelessness. The Hindu myth of the dancing Shiva uses the god's choreography to illustrate cycles of creation and destruction, as the cosmos emerges and collapses endlessly in the infinity of time. And the Jains, also of India, do away with creation altogether, suggesting that time has no beginning or end. These cyclic-time or no-time narratives complete the five archetypes of creation.

In scientific times, the question of the origin of all things has returned full force, under research in modern cosmology. Most of the mathematical formalism to deal with this question was developed during the twentieth century, with Einstein's theory of general relativity. The central idea is that matter tells space how to bend and thus, if we know—or can effectively model—the matter that exists in space, we can solve the equations for its geometry and, potentially, for the origin and fate of the cosmos itself.

Before there was much data on how the universe and the matter in it behaves, physicists used the machinery of Einstein's theory and what little was known of the distribution of matter in the cosmos to devise what I like to call “desktop universes"—cosmological models that attempt to say something about the origin and evolution of the universe as a whole.

Remarkably, all five archetypes of creation reappeared, now under a scientific guise. In 1917, Einstein himself initially proposed a static universe, where time was not present at the cosmic level. In 1922, Russia's Alexander Friedmann proposed different possible solutions to the cosmic equations where time did play a role, resulting in two essential cases: a universe with a beginning in the distant past followed by expansion, and a “phoenix universe," where origin and expansion of space would be followed by contraction and implosion in a presumably endless cycle.

When Hubble discovered the cosmic expansion, with galaxies receding from one another with speeds that grow with their relative distance, his data forced cosmologists to reassess their models. In the 1940s, two rival models emerged: one, the Steady State model, proposed that time has no beginning or end, and that the thin-out caused by expansion was compensated by the creation of more matter to keep appearances the same—a timeless universe. The other, the Big Bang model, suggested that matter was compressed to huge temperatures and densities at earlier times and that it cooled off and reorganized itself into different structures as space expanded.

Meanwhile, in the 1960s a model called the Mixmaster Universe suggested that as we approach the origin of time, space behaves chaotically, with different dimensions growing at different rates. The ordered universe as we know it emerged from this initial chaotic state—another recurring archetype of creation.

We now know that the Big Bang model describes extremely well what we can observe of the universe, once we include not just ordinary matter but two other ingredients, dark matter and dark energy, with physical properties that mostly remain unclear. An obvious consequence of the Big Bang model is that, as we go back to very early times, the physics changes and we must impose corrections to Einstein's general theory of relativity and to the matter content. Here, models making use of the bizarre properties of quantum physics impose drastic changes to the “beginning."

A universe out of nothing?

The pioneering idea is credited to Edward Tryon's universe out of nothing, refined later by Stephen Hawking and James Hartle and, in different versions, by Andrei Linde and Alex Vilenkin. With variations, the essential idea is that the universe could emerge into existence from an initial static state of zero energy due to a random quantum fluctuation, the “out of nothing" creation archetype.

It goes without saying that such analogies should be taken with a grain of salt: the notion of an archetype is contextual—a germ of an idea dressed in different clothes in different contexts. Even so, we seem to be limited to conceiving of the origin of all things in only a small number of ways. Current scientific versions of cosmic origins revisit some of the archetypes, including bounce cosmology models where the universe may go through many (infinitely many may not be a possibility) cycles of expansion and contraction. There are many such bounce models currently being discussed.

Scientific narratives of creation remain unable to make sense of the First Cause. This is due to the very nature of science, which calls for a conceptual framework to set the stage for models to exist. Before we talk about bounce models or quantum fluctuations, we need to describe space, time, energy, matter, what laws hold them together and how we can apply them within the concept of time.

To say that we have solved the question of the First Cause—using either an oversimplified model of quantum cosmology or a highly hypothetical one that makes use of extra spatial dimensions or separations between our physical dimensions and others—is not just confusing to many, but incorrect.

Despite remarkable progress in our understanding of the physical universe and its 13.8-billion-year-old history, when it comes to “Why is there something rather than nothing?", we remain as stuck as Leibniz.

The post Who—or What—Caused the First Cause? appeared first on ORBITER.