The trouble with tribalism

For eons, belonging to a tribe was essential for survival. But today? 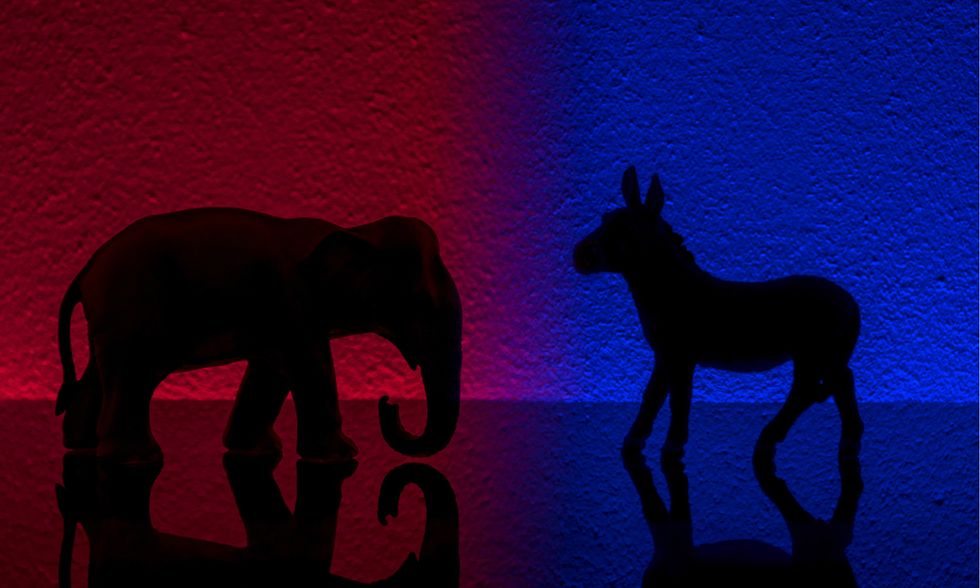 Humans are tribal animals. There is no question that belonging to a tribe had essential survival value to our ancestors tens of thousands of years ago.

The tribe provided shelter, food, and a code for survival based on shared values. Those values were, generally, religion-based. Rituals were a bridge between humans and the divine, whatever that divine was.

Of course, we can't know precisely which values and rituals were used so long ago. But we can confidently state that different tribes had different values and rituals. The tribal identity and its value system were what, to a large extent, defined the tribe. In this regard, little has changed in the past millennia. Tribes may change but what defines them does not.

In politics, we talk about party affiliation for a reason. To question a party's values from within is very different than to question them from without.

It's similar with religions. These tribes share a code of ethics, based on sacred scriptures or from a hierarchical power structure, like the elders. To question those from within is not taken lightly by fellow tribe members, as countless historical examples show. To question those from without is also not taken lightly, but it's a completely different kind of attack.

How tribes react to criticism

An insider's critique or attack, in politics and religion, is something that the tribe tries to remedy somehow. Disciplinary behaviors abound. A critique to tribal values may, of course, have very serious consequences. After all, religions split (for example, the Protestant Reformation, or the many Buddhist sects), as do political parties. Once that happens, they become two separate tribes, independent and mostly non-overlapping, even if alliances are occasionally possible.

An outsider's attack to a tribe's established ways is a whole different story. It triggers a cohesive force within the tribe. An enemy strengthens the cause, as the tribe unites to defend itself and its values.

A tribe without enemies is, almost by definition, not a tribe. As a consequence, tribal dispute and warfare is part of what defines humanity.

We are a split species, one that needs enemies to function and to find meaning. Tribes provide a sense of belonging, of dignity to its members. As long as we belong to the same tribe, we are all “brothers and sisters": We fight for our values and stay together as a group.

At least this has been the case for tens of thousands of years. The question I'd like to ask today is, Do we still need tribes?

This is not a yes or no question. Of course, people are (or should be) free to think differently about their beliefs—religious, political, or otherwise. A rich diversity of opinion and shared values is key to a creative society. Homogeneity breeds little creativity. Friction is important.

But tribal allegiances go against these concepts. They segregate. They silence protest. They squash criticism. They divide and label. They see the “other" not as an equal, but as an enemy. And enemies, as our long history of tribal warfare has shown over and over again, must be either destroyed or converted.

No one can make tribes obsolete. They are written in our genes, products that we are of millions of years of evolution. So, the answer to my question is, yes, we still need tribes. But tribes can change. They do, usually, when subjected to a massive confrontation of values. Or to massive new information.

So, it's not whether tribes are obsolete or not, but what tribe or tribes are best equipped to deal with our current challenges. Well, it depends on who we define as our enemy. Recall that tribes need an enemy to trigger their own cohesiveness. Want to unite a country? Find a common enemy that is sufficiently scary to most people. The question, then, is what are the real enemies out there and what kind of cohesiveness will the tribes need to fight it?

Let's not think small here, and just list the enemies that go against your tribal allegiances. This made some sense in the distant past, when our challenges were mostly local: local food source, and other small tribes going after them.

Things have changed a lot since. The biggest enemy we have to fight against right now is our tribal past. What served us so well for thousands of years is now an obsolete concept. It's no more about the survival of this tribe or that one, but about Homo sapiens as a species. We must wake up to the fact that, when seen from a global planetary perspective, we are a single species living in a fragile ecosystem. And it's not about saving the planet. Earth was fine without us for most of its 4.5-billion-year existence. It's about saving the environmental conditions that allow for us to survive as a species.

For the first time in our collective history, we must think of ourselves as a single tribe in a single planet. Tribes exist to guarantee the survival of their members. Given the current planetary and geopolitical stressors, if we don't begin to think of ourselves in global terms as a single species as opposed to tribes fighting tribes, we risk letting our tribal past write our dystopian future.

We are a single tribe, the tribe of humans. And, as such, not a tribe at all.

The post The Trouble with Tribalism appeared first on ORBITER.