Every now and then in our movie/TV-show watching careers, there comes a moment when we are confronted with the shock of the new.

It could be that first scene in The Matrix when Trinity evades the cops by running sideways along the walls. It could be the opening of Doctor Strange when buildings peel apart like reality is being unzippered. Across a lifetime of watching as one mediocre story after another plays out within the expected bumper rails of its genre, every now and then we find something truly unexpected, truly creative.

That feeling of boundaries being busted was the essence of the hugely influential 1998 anime classic Cowboy Bebop. With a Netflix version of this seminal show on the way, it’s a good time to remember (or be introduced to) a show that has been called “impossibly cool” for good reason.

An (re)introduction to Cowboy Bebop

What’s the best way to describe Cowboy Bebop? How about it’s a Space / Western / Noir / Detective / Cyberpunk / Mob / Heist / Romance / Comedy show? Genre-busting was the point. These days, with streaming services pumping out series like water from a geyser, we’ve gotten used to writers trying to mash-up multiple genres. In many ways, however, Cowboy Bebop got there first and better and did it in all in animation.

To be explicit, Cowboy Bebop takes place in the year 2071. Earth has been rendered mostly uninhabitable by an accident with a new “stargate” technology that subsequently allows the solar system to be settled. Mars, the big moons of the gas giants, Pluto — they’re all fully inhabited. But this new solar system is a lawless place, and the cops are forced to use bounty hunters, called cowboys, to wrangle the criminal population. The show follows the exploits of four of these cowboys and their ship “The Bebop” as they confront nefarious corporations, criminal syndicates, and their own pasts.

Cowboy Bebop is a remarkably adult, character-driven show, which is what made it so groundbreaking for anime at the time. As individuals, the crewmembers are not a particularly likable bunch. Spike Spiegel is an ex-hit man for the Red Dragon crime syndicate. Jet Back is an amiable ex-cop with a cybernetic arm who wants to forget his past. Faye Valentine is a cynical con-artist who can’t remember hers. “Edward” is a teen girl and ingenious hacker.

As a team, they are neither deeply bound to each other nor very successful. This dissonance allows the show to work through the crewmembers’ individual issues of loneliness and isolation. In addition, the animation was not afraid to represent the violence of its universe in stark colors. (Tarentino’s wicked animation in Kill Bill Vol. Iwas directly inspired by Bebop). All these elements are what allow Cowboy Bebop to mix its science fiction DNA so successfully with its darker film noir elements. There are a lot of dive bars and rain-soaked, garbage-strewn alleys in the show. 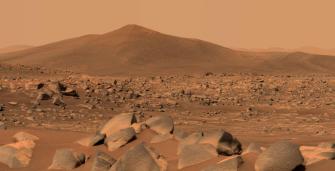 And did I mention the music? As soon as the pulsing initial bass lines of its manic theme song “Tank” let loose, you know something wicked has been born. “Tank” is so compelling in its excellence, so “impossibly cool,” it’s as if the James Bond and Mission Impossible theme songs had a love child with “Secret Agent Man,” who went on to overtake them. There’s a reason “Bebop” is in the show’s name, as each episode is called a “session.” Composer Yoko Kanno and director Shinichirō Watanabe were looking to jazz as inspiration for the creative freedom they wanted the show to embody. But, like the show itself, there’s more than one musical genre that gets explored. Kanno put together a band called Seatbelts for the show, and their work in jazz, blues and country are all worth consideration in own right.

Finally, while science fiction is just one of the many genres in Cowboy Bebop, there are ideas in the show that I still find compelling. Many of the cities they visit, for example, reside inside miles-wide craters whose steep walls serve to hold in breathable atmospheres. This always struck me as an ingenious possibility that was easier to achieve than full terraforming and one that deserved real scientific exploration. Also, the spaceships and space battle scenes are some of the best around.

Put it all together and you can see why, in the more than 20 years since Cowboy Bebop first aired on Japanese and then American TV (Adult Swim), it has become iconic and is held up as an example of how to break the rules and then rebuild them for your own purposes. If you have never seen the show, now’s a good time to become acquainted as the Netflix version should appear sometime in the next year. If you have seen it, this is a good time to go back and remember why it was so impossibly good.

Technology of the future is shaped by the questions we ask and the ethical decisions we make today.
▸
5 min
—
with
Ken MacLeod
13.8

“The Expanse” is the best vision I’ve ever seen of a space-faring future that may be just a few generations away.
Hard Science

But most city dwellers weren’t seeing the science — they were seeing something out of Blade Runner.
Thinking

Thought expriments are great tools, but do they always do what we want them to?
Life

The father of all giant sea bugs was recently discovered off the coast of Java.
Up Next
The Present

An “interstate water system” could fix the West’s water woes

We have pipelines for oil and natural gas. Why not water?