Any other Earths out there? 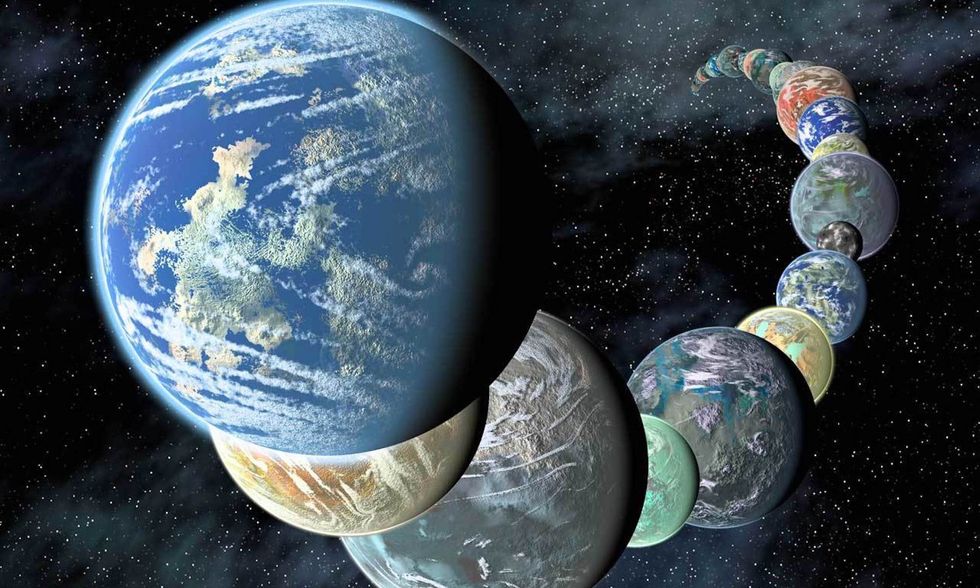 A team of about 60 astronomers just reported the discovery of three new exoplanets orbiting an M-type dwarf star at about 73 light years away.

They used NASA's new exoplanet hunter satellite telescope TESS (Transiting Exoplanet Survey Satellite). Launched in April 2018, TESS is the successor to the now inoperative Kepler satellite, which was an extremely successful planet hunter machine. About two-thirds of all exoplanets discovered to date—now more than 4,000 in all—were found by Kepler.

We are now well into a new era of astronomy, where distant planets are being detected at a fast clip. We can now talk about “comparative planetology," a new area of astronomy dedicated to investigating the properties of different worlds, classifying them according to size, mass, composition, (rough) atmospheric composition, and distance from their parent star.

Exoplanets are planets that orbit other stars in our galaxy. (And stars in other galaxies, but those are too far to be detected . . . yet.) An M-type dwarf star (or red dwarf star) is the smallest and coolest star, the most common in the Milky Way. Some estimates calculate that around three-quarters of the stars in our galaxy are M-type dwarf stars. In comparison, our sun is a yellow dwarf star, about five times more massive than a red dwarf. Only about 3 percent of stars are yellow dwarfs like our sun.

The recent finding uncovered what astronomers call a “missing link" type of planet, those with sub-Neptune mass. Two of the three new exoplanets orbiting the red dwarf TOI-270 are sub-Neptune.

A flea on a floodlight

If you're not amazed by all this, it's good to re-read the above. Finding a planet orbiting another star is much harder than finding a flea in front of a floodlight. The way astronomers do it, at least with the Kepler and TESS missions, is to explore the ever-so-slight dimming of the starlight as a planet passes in front of it. Imagine measuring the dimming of a floodlight as a flea hops over it. Now move the floodlight real far away, so far as to look like a point source. With this image, you begin to get an idea of how delicate and spectacular the discovery of exoplanets is.

The main motivation, of course, is to figure out how rare or common our planet is. If there are lots of Earth-like planets, not just with similar size and composition, but also located at the so-called “habitable zone" of the star—a region where water, if present on the planet's surface, would be liquid—then the odds become higher that such worlds could harbor some kind of life. As my Dartmouth colleague Elisabeth Newton reported in a recent discovery of a young exoplanet orbiting a relatively young star, “One of the overall goals of astronomy is understanding the big picture of how we got here, how solar systems and galaxies take shape and why. By finding solar systems that are different from our own—especially young ones—we can hope to learn why Earth and our own solar system evolved in the ways that they did."

So, it all boils down to one of the most exciting questions we can ask in science, the one that kids from age five to ninety ask across all cultures in our planet: Are we are alone in the universe or not? Studying other words, their history, location, and properties allows us to figure out our own history, and how exceptional—or not—it is. We live in this very special time when we can actually begin to answer this question.

At this point, we are still far from knowing whether other worlds harbor life of any kind. Clearly, given that there are so many worlds out there (trillions in our galaxy alone), and that the laws of physics and chemistry are the same across the universe (this we do know with confidence), the expectation from a large fraction of scientists is that yes, there should be other worlds with life. Otherwise, as Jodie Foster's character in the movie Contact (based on Carl Sagan's novel) said, “[It] seems like an awful waste of space."

Life doesn't have a “plan"

But life is not so simple as large numbers. There is almost a disconnect between the way physical scientists and biologists think about this question. (Of course, there are exceptions in both groups.) Biologists tend to be more careful with such extrapolations, knowing only too well that life is enormously complex. There are many truly mindboggling steps to go from non-life to the first living creatures, and then on to complex unicellular and then multicellular creatures. Life doesn't have a “plan" to get more complex over time; life cares about reproducing efficiently. If species are well-adapted, mutations won't do much. The question of how life did emerge on Earth remains very much open.

What we do know now, and this is extremely important, is that the life history of a planet—the details of how it evolved, from its atmosphere to cosmic impacts and seismic activity—is imprinted on its creatures. There is a two-way relation between a planet's history and the kind of life it supports. The planet provides the basic support for life to be possible, and life acts back on the planet and changes it.

Earth now is profoundly different from three billion years ago, when it only had single-celled organisms. The actions of living beings changed the planet, in particular by dramatically increasing the levels of oxygen in the atmosphere. Without that, we wouldn't be here. We can also see this with our own destructive activities, and how they are imprinted on Earth.

The lesson is clear: dominant species can change their world, either knowingly or unknowingly. It remains to be seen whether what we are learning about our planet and its distant cousins will inspire us to rethink how we relate to our world and the creatures we share it with.