Why are so many nations scrambling to get there? 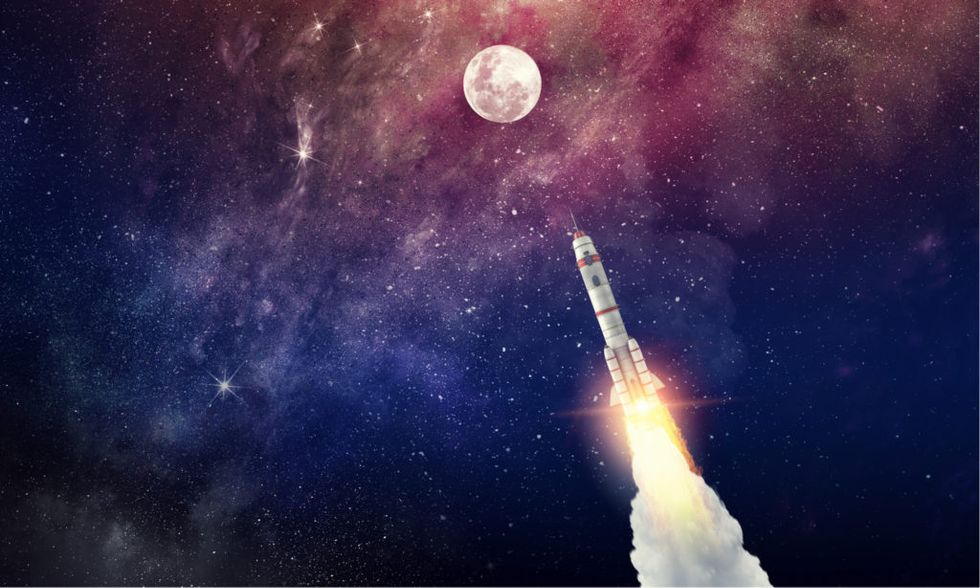 Now it's India's (second) turn. On July 22, only eight days behind schedule due to a glitch with a rocket, the robotic Chandrayaan-2 mission launched from Satish Dhawan Space Centre en route to the moon's South Pole region, an area supposed to have large amounts of water and ice in the depths of shadowed craters.

The plan is to arrive on September 6, and then land two rovers to explore the neighborhood. The orbiter and the rovers will perform scientific experiments to determine soil composition and temperature at different depths, the moon's geological history, and solar radiation on the lunar surface.

It is very symbolic that India's mission launched within two days of the 50th anniversary of Apollo 11's epoch-making moon landing. It shows how much the world has changed in a relatively short time.

In January, China's Chang'E-4 mission made it the third country ever to have soft-landed on the moon, in this case on its far side. The target landing site was the huge Von Kármán crater. The rover explored the region, helping scientists understand the inner composition of the moon. When asteroids impact the lunar surface, they create extremely hot conditions that essentially boil rocks and minerals on to the surface. The heavier, iron-rich ones sink back, while lighter ones remain scattered along the surface. The Yutu-2 rover investigated the soil composition of the impact crater, finding that the composition matched the expectation that once, in its very distant past, the moon was a hot boiling blob of magma.

Then, in April, it was Israel's turn, with its Beresheet (“Genesis" in Hebrew) spacecraft. It was an unusual mission, in that it was underwritten by the nonprofit SpaceIL. The mission started successfully, launched by a SpaceX rocket and orbiting the moon, a first for a private organization. Only the US, the former Soviet Union, China, India, Japan, and the European Union have accomplished lunar orbits so far. Unfortunately, the Israeli lander crashed on the lunar surface and the final part of the mission, to have the rover Beresheet explore the surface, failed.

Water and solar radiation are essential for longer-term manned trips to the moon, especially as a base for missions to Mars. Certainly, if President Trump's announcement of landing humans on the moon in 2024 is for real, this information will be essential. But getting there won't be easy. Last time it happened was in 1972. There is the need for a trustworthy rocket, alliances with private-sector contractors, building a small space station as an intermediary step, and a lunar lander capable of transporting astronauts, who have to be selected and trained, including the first moon-landing woman. The estimated cost is about $4 to 6 billion per year.

A new kind of space race

The question on everyone's mind is, Why are all these countries suddenly vying to go to the moon? What's with this moon frenzy?

It's been a long time since the US vs. USSR space race. With the end of the Cold War, everything changed. The main, military-driven, motivation—hegemony of the space race—had lost its clout. Things fell quiet for decades. But then, China and India became players in the space game, as well as the European Union and Russia. Add to this the explosion of interest in space exploration from the private sector—including Elon Musk, Jeff Bezos and the billionaires who are redefining the global balance of power—and you have a new kind of space race, combining the push for new and cheap space-driven cutting-edge technology with the tremendous commercial potential of lunar and asteroid mining and space tourism.

The result, as we have all witnessed very acutely in 2019, is a reenergizing of the whole “let's go out to space" battle cry, now with many interested players.

Who owns our lunar neighbor?

The fundamental question, one with a surprisingly open and vague answer, is who owns the moon?

All that's out there is the 1967 Outer Space Treaty, signed by dozens of nations, including the US, that declares that no nation can claim sovereignty over the moon. A man from California, Dennis Hope, realized the treaty didn't say anything about individuals owning the moon. The result? He wrote a letter to the United Nations claiming the moon and other moons and planets in the solar system and started to sell plots—$24.99 for an acre on the moon, $250,000 for the whole of Pluto. Joke or not, the fact is that Mr. Hope claims to have made $12 million so far, selling bits of the solar system to interested buyers. Unbelievable.

The Treaty says many of the right things, forbidding countries to lay claim to any of the moon's territory or to use it for military purposes, but is silent about private operations. No wonder, given that in 1967, having private companies reach the moon was pretty much the stuff of sci-fi stories. Well, not true anymore, in particular in terms of mining and commercial exploration. A 2015 US law, the Commercial Space Launch Competitiveness Act, states that companies that reach celestial bodies—including the moon, asteroids, and other planets—can do whatever they want with the materials they find.

So, it's the beginning of a Space Mining Rush. Anticipate serious conflicts between teams of robots from different companies or nations digging for goods out there.

The moon frenzy we are currently witnessing is just the beginning.