Mind and the quantum

A clash of mysteries. 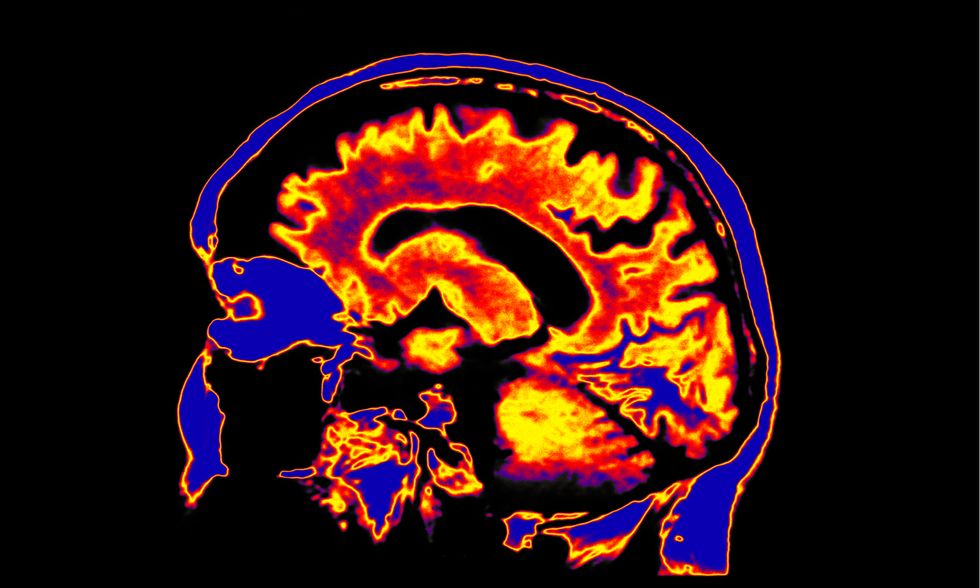 A few years ago, I went to Agra, India, where I spent a week at a conference on the foundations of quantum physics and its possible relationship with the workings of the mind.

The main focus of the conference was this: Does quantum physics play a role in how the brain works? Or, more profoundly, Is the mind, viewed as a collection of possible brain states, sustained by quantum effects? Or can it be treated using classical cause-and-effect physics, on-off switches and running currents acted upon by electric forces? My job was to give an inaugural lecture summarizing the history of the subject and different points of view.

Nothing better than mixing two great mysteries to produce an even bigger one.

For the truth is that despite the tremendous success of quantum physics, when it comes to its applications—including all of our digital and nuclear technologies—its interpretation remains uncertain, a target of heated debate among physicists. (At least among those who care about deeper foundational questions, certainly not the majority.) As for the workings of the brain, in particular how it engenders our mind and consciousness, we still know precious little—even though advances in imaging techniques have revealed how clusters of neurons, often in different regions of the brain, blink on and off under different stimuli, like lights in a Christmas tree.

Leaving the Greek philosophers aside, everything started when Descartes, in the 17th century, proposed a split between mind and matter: while matter has spatial extension (in fact, filling space completely, according to Descartes), mind does not, existing in some sort of ethereal fashion without occupying space. Mind is not matter, but, in ways that stumped even Descartes, it can influence matter.

Descartes also postulated that mind is prior to matter, the essence of his famous “I think, therefore I am" dictum. This mind-body dualism caused and causes much confusion, especially for those who use it to defend the existence of some kind of soul or spirit that is independent of matter and that can survive its inexorable decay. (Here's Susan Blackmore's very readable and short introduction.)

On the other hand, the vast majority of scientists and philosophers defend the notion that only matter exists. The fact that the workings of the brain remain mysterious is not due to some immaterial entity, but to our own challenges to understand its complexity. There are those who propose that to understand the brain, we must start bottom up, from individual neurons to the synaptic links between them and then to clusters of neurons and so on. And there are those—especially philosophers Thomas Nagel, Colin McGinn, and David Chalmers, sometimes known as the “Mysterians"—who defend that we are cognitively incapable (or, as McGinn puts it, “cognitively closed") of understanding consciousness—awareness of one's existence and/or the subjective experience of feeling.

The bizarre behavior of quantum systems allows for speculative ideas on how they may play a role in the workings of the brain. After all, if we take a bottom-up approach, the brain is made of neurons, and neurons, like any other cell, need proteins and a host of biomolecules to function. If quantum effects take place at the molecular level, it is possible that they may do something important.

There are two main quantum effects of note here: The first is superposition, the fact that from subatomic to molecular scales, systems can exist in many states at once. For example, before an electron is detected, it can be many places at once; or at least that's how we interpret the data. The mathematical machinery of quantum mechanics allows us to compute the probability that the electron will be found here or there. The data are actually the measurements of its location within the accuracy of the measuring device.

Could thoughts exist in some sort of quantum superposition in an unconscious level, only to become conscious when there is a specific selection akin to a measurement of the electron's position?

This is what the physicist Roger Penrose and anesthesiologist Stuart Hameroff, both present at the conference, have proposed. The active entity that promotes the selection is a protein called tubulin, which interacts with the microtubules that provide the neuron's skeletal support. In a sense, the microtubules are a sort of quantum highway network supporting the superposition and entangled states of tubulin along neurons. They supposedly act as a quantum computer to optimize the neuronal and inter-neuronal performance. (For a different take on how quantum effects are related to the emergence of thoughts see Bernardo Kastrup's essay.)

Entanglement is the second bizarre quantum property that enters here, the ability of two or more quantum systems to establish links between them that are sustained across long spatial distances. Effectively, entangled states behave as a single entity, losing their individual identities. The idea here is to use the spatial extent of entangled states to “spread out" quantum effects with a given signature across long distances within the neuronal networks that span the brain.

There has been strong criticism of the Penrose-Hameroff ideas from experimental and theoretical arguments. Theoretical arguments, as for example, presented by MIT physicist Max Tegmark, suggest that the brain is too busy and warm an environment to sustain coherent quantum states. The point is that coherent quantum states are very fragile: influences from the surrounding environment (for example, colliding molecules, heat vibrations) can easily destroy the quantum superposition of states, selecting only one of them. In effect, the environment can turn quantum into classical. In this case, quantum physics would play no role in how the brain functions or engenders mind.

It is hard to avoid bafflement when thinking about the impact of quantum physics on our understanding of physical reality. It is also certainly true that, at least at the synaptic level, where a host of neurotransmitters flow form one neuron into another through narrow acceptance gates, quantum effects may indeed play a role. However, the majority opinion points toward a more classical explanation for the workings of the brain, through the myriad couplings of neuronal clusters and their incessant firings.

Given the complex nature of inter-neuronal connectivity, there is plenty of room for exploration and speculation. As is often the case, the solution may be not either-or but both: there may be cooperation between quantum and classical effects that jointly determine the functioning of the brain at different levels.

Whatever the resolution may be, we still don't know how to avoid the arguments from the Mysterians. The nature of consciousness may well be one of those unknowables that expose the limitations of a purely scientific approach to a multifaceted problem.

The post Mind and the Quantum appeared first on ORBITER.