By wiping out 1 million species, we are hastening our own extinction. 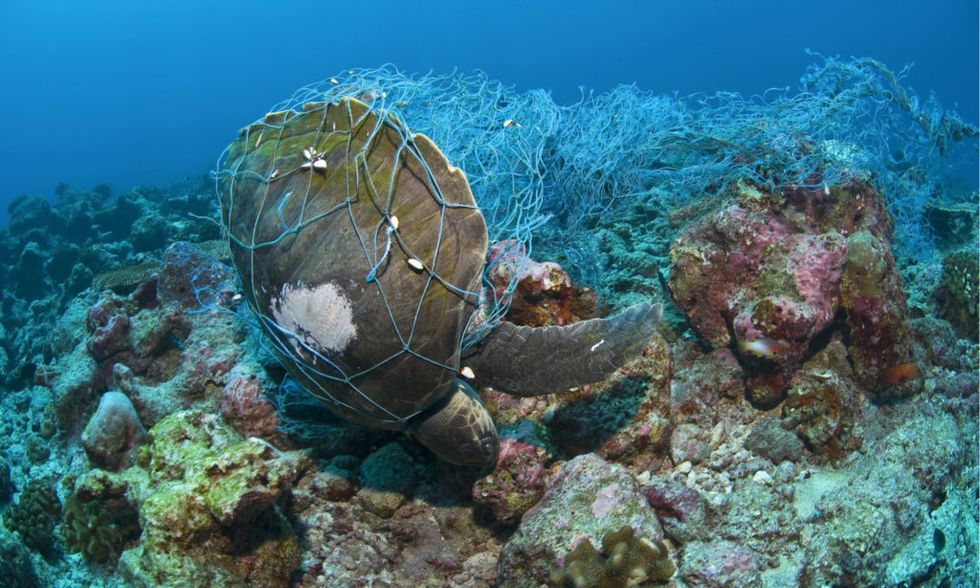 A new report on the effects of human activities on biosystems and biodiversity was released this week in Paris. Among its major findings is that 1 million species are at risk of extinction.

The 1,500-page document—produced by the Intergovernmental Science-Policy Platform on Biodiversity and Ecosystems Services (IPBES)—collects, in unprecedented detail, the devastating effects that widespread agriculture, mining, poaching, hunting, fishing, and rampant wastefulness are causing to life on the planet. A summary of its findings, approved by the United Nations and 131 countries, is available here.

Of the many messages in the report, I highlight these two:

1. Nature and its vital contributions to people, which together embody biodiversity and ecosystem functions and services, are deteriorating worldwide.

2. The biosphere, upon which humanity as a whole depends, is being altered to an unparalleled degree across all spatial scales. Biodiversity—the diversity within species, between species and of ecosystems—is declining faster than at any time in human history.

An average of 25 per cent of species in assessed animal and plant groups are threatened, meaning that around 1 million species face extinction. The rate of extinction now is tens to hundreds of times higher than it has averaged over the past 10 million years. In other words, our mindless predatory approach to Nature and its resources is causing irreversible damage.

But this is not the main point of the report. You have to be asleep or in denial not to see that as the global population grows, so does the appetite for food, goods, and energy. And where is this all coming from? From the expansion and industrialization of agriculture, of the meat industry, of mining, and of fossil-fuel extraction. Clearly, on a finite planet, with finite resources, something has to give. And what gives are the green areas, the forests, the oceans, the fish, the coral reefs, the ecosystems that sustain all biodiversity across land and water.

What we don't seem to get—and the report makes clear—is that we need these natural resources for our own survival. This is not just about a “save the animals" liberal call that conservatives tend to dismiss with a shrug. We need the forests to clean the foul air we pour into the atmosphere; we need the mangroves and the coral reefs to slow down flooding and clean coastal waters; we need pollinating insects to make agriculture viable. Destroy these resources and our comfortable life is compromised, our growth stunted.

As we read in the report, “Globally, local varieties and breeds of domesticated plants and animals are disappearing. This loss of diversity, including genetic diversity, poses a serious risk to global food security by undermining the resilience of many agricultural systems to threats such as pests, pathogens and climate change." Translation: if you mess up mindlessly with ecological balance, you don't eat and you get sicker.

If I sound like a catastrophist, it's because I must. In her 2014 Pulitzer Prize-winning book The Sixth Extinction, science writer and New Yorker essayist Elizabeth Kolbert details the ecological damage of our predatory approach to Nature, visiting different places in the world to detail the irreversible damage already caused. From the coral reef in Australia to the tropical jungles of Central America, Kolbert reported from the frontlines, where human expansionism collides directly with Nature.

Last fall, I had the opportunity to talk on stage with Kolbert and with Siddhartha Mukherjee on the issue of mortality, from human to planetary scales. (You can watch the video here.) Unfortunately, Kolbert's position has only strengthened over the past four years, growing even bleaker. We are causing an unprecedented mass extinction, that is, a huge and irreversible loss of biodiversity in a short period of time.

The last extinction, the fifth, was caused by a meteor impact about 66 million years ago, that wiped out more than 45 per cent of life on Earth, including the dinosaurs. This one, the sixth, the one we're in now, is largely our own doing. The planetary-scale massive changes we are causing have a direct impact not just on our lungs or skin, but on the animals around us.

And it's not just about pollution and garbage. Monocultures are dominating agriculture, compromising populations of insects that depend on plant diversity—for example, monarch butterflies that get their habitats mowed down for corn plantations. Global travel allows for diseases and fungi to travel with us—for example, white-nose disease, brought unwittingly from Europe, is now devastating the bat population in North America.

If you are not worried about millions of bats dying, perhaps you should. “Bat population declines are expected to have substantial impacts on the environment and agriculture," the U.S. Geological Survey tells us. “Bats eat insects that damage crops and spread disease. Consumption of insects by bats saves farmers billions of dollars in pest control services annually."

“All of these questions of what we are going to do to enhance our own lives unfortunately come at the expense of all the other species with whom we share the planet," said Kolbert. The IPBES report reinforces Kolbert's point, making it even more urgent.

What is missing from this conversation is the disconnect between these reports and the popular will to act. Why is it so hard for so many to take this information to heart and decide to change some personal habits to help? Perhaps the British philosopher Simon Blackburn hit on the answer when he wrote this:

Unless the call to save the Earth becomes a heartfelt quest, people will keep on reading these reports, nodding their heads, and doing nothing. This is the sad reality of our species, that when we are comfortable, we only act when under overwhelming pressure.

This complacency needs to change.