To explain the origin of everything, science needs to explain itself. 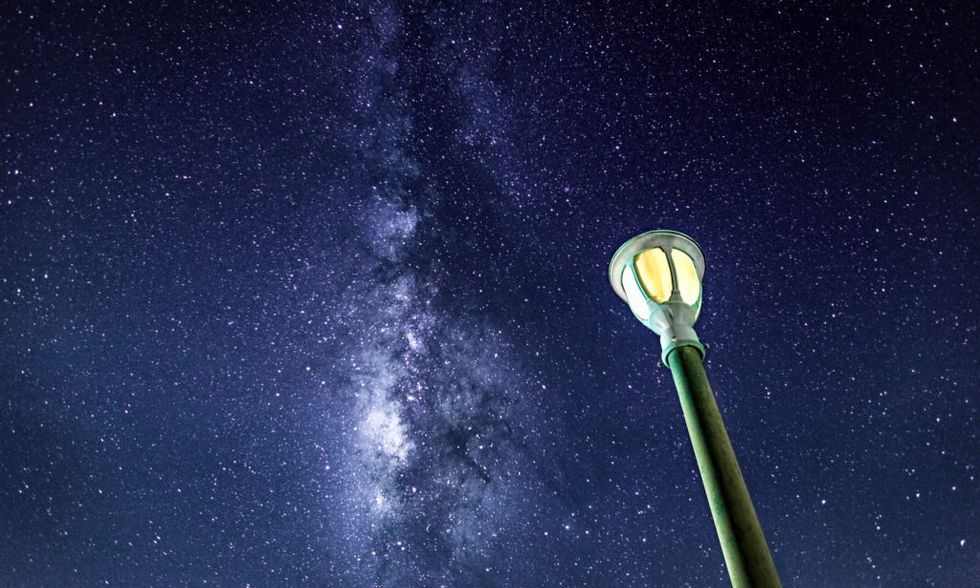 Discussions about the origin of the universe often blur the boundaries between scientific and religious narratives. Not because the two are doing the same thing, for they clearly aren't. But because the question they ask is essentially the same: believers, nonbelievers, and everyone in between want to know how everything came to be. Otherwise, our own story is incomplete, given that we are, at the most fundamental level, creations of this universe.

People of faith are often puzzled by claims that modern science can say things about this issue. Progress in cosmology and astronomy have brought us a remarkable narrative of the universe's earliest history. We now know it started some 13.8 billion years ago. Like you and me, the universe has a birthday.

But things quickly get complicated if we persist with this b-day analogy: you and I had parents, and they had parents, and so on. There is continuity in this story; we can trace it back to the first living creature, or at least our Last Universal Common Ancestor (or LUCA). Once we get there, we find another tough wall: how did this first living creature come to be, if there was nothing alive to birth it? Presumably—and this is the only acceptable scientific explanation—life came from nonlife. And that came from complex chemical reactions between biomolecules in primordial Earth, some 3.5 billion years ago, or perhaps earlier.

What about the universe? How did it come to be if there was nothing before?

If the origin of life is mysterious, the origin of the universe is much more. After all, the universe, by definition, includes all there is. How can everything come from nothing? Science's prerogative is to develop explanations without the recourse of divine intervention. We play the game of Nature within Nature, that is, using the laws of Nature as our blueprint.

Let me explain. Current descriptions of the origin of the universe use the two pillars of 20th century physics. One is general relativity—Einstein's theory that gravity results from the curvature of space caused by the presence of mass). The other is quantum physics—the world of atoms and subatomic particles. Combining the two is reasonable, given that in its infancy, the universe was small enough that quantum effects presumably had to be present. Current models of the origin of the universe use the bizarre effects from quantum physics to explain what seems to be unexplainable. Explain to a point, that is.

The same way that a radioactive nucleus spontaneously decays, the entire cosmos could have emerged from a random energy fluctuation, a bubble of space that appeared from “nothing"—which quantity physicists usually call the vacuum. This bubble could have been a fluctuation of zero energy, due to a clever compensation between matter's positive and gravity's negative energy. This is why many physicists confidently state that the universe came from “nothing," and proudly declare that the case is closed.

If only things were so simple.

This “nothing," the quantum vacuum of physicists, is far from a metaphysical notion of complete emptiness. In fact, the quantum vacuum is an entity filled with activity, where particles come in and out of existence like bubbles in a boiling caldron. To define the vacuum, we need to start from many fundamental concepts, such as space, time, and fields. We need to rely on a series of natural laws that have only been tested for situations far removed from the extreme environment of the primordial universe.

We extrapolate what we know to energies 15 orders of magnitude above what we can test (that's a thousand trillion times), hoping that things will make sense because we haven't yet predicted any stumbling blocks in between. However, these extrapolations are based on current models of high-energy particle physics, which depend on what we can measure with current technology. This is fine, and is a necessary approach to push the boundaries of knowledge into unknown realms.

But at no moment should we forget the limits of this framework and claim with any certainty that we know how to conceptualize the origin of the universe. Bringing in the idea of the multiverse and stating that it is eternal, and that our universe is a sprouting bubble among countless others, doesn't bring us closer to a solution.

Outside the realm of science

It doesn't seem to me that modern science can come up with a solution to the question of the origin of the universe. It can furnish models describing possible scenarios, and those are excellent tools to push the boundaries of knowledge to earlier times, in the hope that observations and data will guide us further.

But this is very different from explaining the origin of life through complex chemistry. To explain the origin of everything, we need a science capable of explaining itself, including the origin of its laws. We need a theory that explains the origin of theories. The multiverse is not a way out from this conceptual quagmire, given that we would still need the whole apparatus of space, time, and fields to describe it. We also can't make head or tails of how the laws of Nature may vary between its different branches.

The infinite, and its opposite, nothingness, are essential but very dangerous concepts: labyrinths where it is easy to get lost, as the Argentinian writer Jorge Luis Borges reminds us in his brilliant short story The Library of Babel.

To identify a conceptual difficulty is often blamed as a defeatist position. “Should we give up then?" Of course not. Knowledge only advances if we push it forward and take risks to do so. What is at fault here is not our drive to make sense of a deep mystery through reason and scientific methodology. This is what we do best and is the only way to push forward.

What is at fault is to claim that we know much more than we do and that we have understood things that, at a moment's reflection, we are clearly far from understanding.

Gleiser also wrote about the mysteries of the universe in The Beauty of the Unknowably Perfect.

The post In the Beginning . . . What? appeared first on ORBITER.