Our first “Ask a Scientist" feature is all about the ever-growing universe. 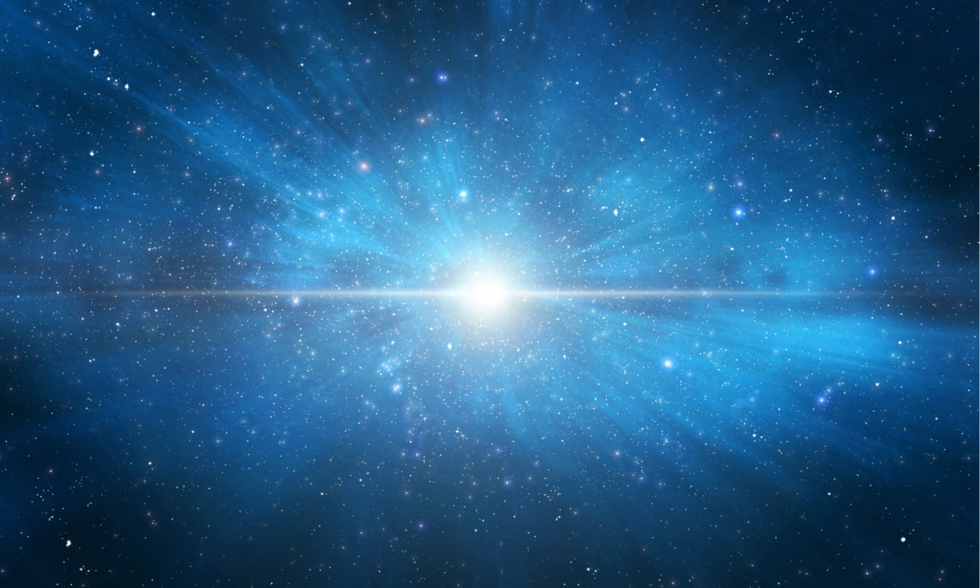 We received many great questions to kick off our new “Ask a Scientist" series, and I've decided to tackle three at once, since they cover similar territory concerning the expansion of the universe:

1) The universe is ever expanding. Nothing can expand within nothing. So what is it expanding into? (from Michel Sastre, Canada)

2) Where does the universe get the energy to expand and what kind of energy is it? (from Mario C Elia, United States)

3) Does the universe have a true up and down and left and right? (from Andrea DiTommaso, United States)

I can certainly understand why such questions are being asked! Because it is really strange that cosmologists talk about an expanding universe, a “stretching" of space, a Big Bang that started it all, and the like.

The confusion starts due to the strange fact that we are inside the universe. It's hard to step out of the box when the box is all there is. From our everyday perspective, when we see something expanding, we immediately also see what's expanding into. An inflating balloon grows outwards into the space surrounding it.

We can easily picture this because we are seeing things from the outside. We see the balloon and its surface stretching outwards as air is pumped into it. This is the privileged observer's view, one where we have a detached and complete grasp of what's going on, a view “from the outside." It is very hard for us to get over this balloon-expanding image, no less because we use it all the time to explain the expansion of the universe! But the universe is no balloon.

Current measurements from European Space Agency's Planck satellite indicate that the universe has a flat (or nearly flat) geometry. For cosmology, a flat geometry means that rays of light actually travel on a straight line across space. (In a curved geometry, the rays would trace a curved path, like when you run your finger over the meridian of a globe.) A flat geometry means that the universe is probably infinite. If you'd move on a straight line, you'd never come back to where you started. (In a spherical geometry, if you move along the equator or any meridian you'd get back to your starting point.)

And here come the questions. How can something infinitely large be expanding? The usual follow-up question (inspired by the expanding balloon image) is, “expanding into what?" The straight answer is that the universe doesn't expand into anything. There is no space “out there" for it to expand into. What the cosmic expansion does is stretch space itself, as if space were made of some kind of stretchy rubber material. There is no physical border out there, only stretching space. I know, pretty weird. Let's work this out.

To picture this, we need to build a “view from the inside," as human observers inside the cosmos. Here is one way: Imagine a checkerboard. A checkerboard is a two-dimensional space: you can move in two directions, up-down, left-right. Real space is three-dimensional, as we can also move vertically up and down. But picturing spaces in 2D is much easier for us, so the checkerboard will do. Now imagine you put a penny at each vertex of the checkerboard—the point where two lines meet. The checkerboard is our flat universe (imagine that it extends to infinity in all directions), and the coins are galaxies. Of course, the real universe is not this orderly, but the idea is the same.

If the universe were static—that is, not expanding or contracting—the coins (galaxies) would just sit on the vertices. In an expanding checkerboard universe, the squares would stretch and grow equally in both directions and the coins would be carried along, like corks floating on a river. Here comes the “view from inside": If you were a creature sitting in one coin (galaxy), you'd see all your neighbors move away from you and would conclude that your galaxy is at the center of the expansion. But that's an illusion. Every observer in every coin would see the exact same thing, its neighbors moving away. No coin (or point in the geometry) is more important than any other point. The universe has no center. When it comes to the cosmic expansion, there is perfect space democracy. It's incorrect to picture the expansion as a bomb that exploded far in the past, with the galaxies being the debris of the explosion.

Back to the real universe, every point is a center of the expansion, and potential observers there would measure their neighbors moving away, carried by the stretching geometry. This is what the cosmic expansion means. In 1929, American astronomer Edwin Hubble measured the expansion and showed that it obeys a very simple law, where the galaxies move away from one another with velocities that grow in proportion to their distances. So, a galaxy that is twice as far away from us than a closer one moves away (or recedes) twice as fast.

We can't know for sure

There is one important point to consider. Even though the universe may very well be infinite, we can't really know for sure. All we can do is measure the geometry of the universe that we can see. By “seeing," I mean gathering information from objects that are very far away. Since the universe has a finite age of about 13.8 billion years (since the Big Bang), light could only have traveled a finite distance since then. That distance is about 47 billion light-years. (It would be 13.8 billion light-years if the universe weren't expanding. But because it is, light gets a “lift" and is carried away farther in the 13.8 billion years it had to travel.)

Finally, the engine behind the expansion. That would require another whole essay. But let me just say that when you squeeze matter to very high pressures and temperatures, it doesn't like it. Just as hot steam is made of water molecules colliding and moving away from one another at high speeds, hot matter particles also move at high speeds. They don't like to be trapped in a small volume.

Now, since the universe has been expanding for 13.8 billion years, it was much smaller in the past. In the very distant past, it was much smaller, hotter, and denser: a very unstable initial state of hot particles balled up in a small volume. We don't yet know all the details of this initial state, but we do know that there was a lot of pent-up energy there, waiting to be released. In a sense, what we call the Big Bang is precisely this fast release of this pent-up energy in this initial state.

The wonderful thing about it is that when you add all kinds of energy contribution in the universe at any time, you can easily get zero! Why? Because the energy of gravitational attraction, the ruler of all things cosmic, counts as being negative.

As theoretical physicist and cosmologist Alan Guth said, the universe is the ultimate free lunch. What kinds of matter filled up this initial state we still don't know. But we do have the vague contours of the whole picture, enough for us to tell our modern cosmic story.