A giant leap for mankind

Apollo 11's moon landing inspired many to reach for the impossible. 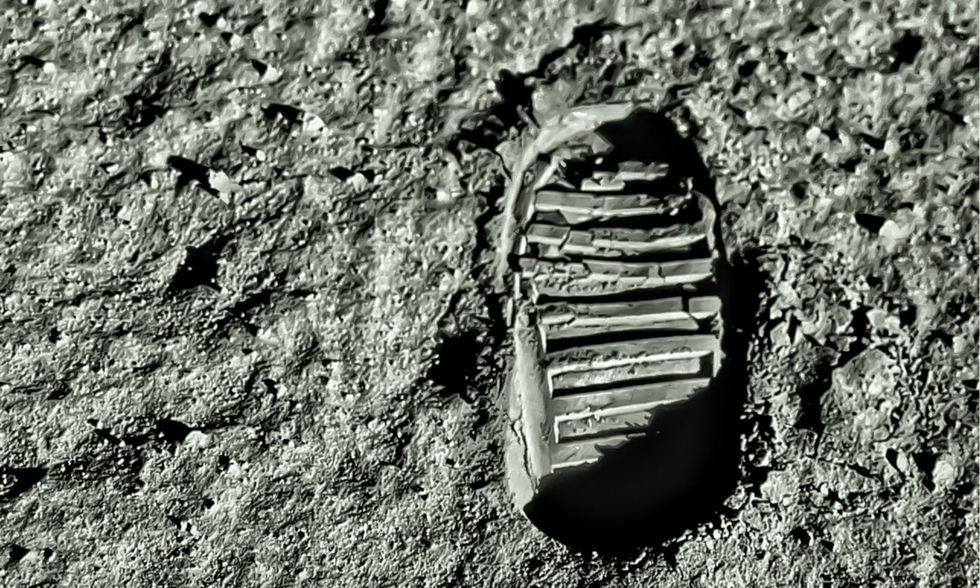 This month, NASA celebrates the 50th anniversary of the Apollo 11 moon landing, no doubt a civilization-transforming accomplishment.

On July 20, 1969, at 20:17 UTC, mission commander Neil Armstrong and lunar module pilot Buzz Aldrin sent one of the most famous messages in history to mission control: “The Eagle has landed."

It is often said that events of great emotional impact are the ones that remain engraved in your memory the longest and in most detail. I was a stunned Brazilian 10-year-old then, eyes glued to my uncle's television set, the biggest in the family.

Space was such a distant concept, an alien reality up there, above the atmosphere, unreachable and intangible. Yet, American scientists, engineers, and many teams of very brave astronauts persevered through the turbulent 1960s to do what many considered impossible: To bring not a machine but man to the Moon, flesh and blood like you and me. To my young imagination, it made America look invincible.

A few years ago, NASA released the restored videotape of the first moonwalk. The whole thing is three hours long, but the beginning shows Armstrong going down the ladder and putting his foot down on the lunar surface, after hesitating a bit. “One small step for man, one giant leap for mankind," he uttered, in a firm and focused tone. Armstrong's voice didn't waver or sound emotional; not sure how he managed that.

For the first time in history—possibly even cosmic history, for all we know—a species left its home planet to set foot in an alien world. To my young imagination, it made humankind look invincible. A portal had been opened to a new realm, one that we didn't need to explore. And yet, we did. What force propels us upward, to search for a connection with the stars?

After watching First Man, directed by Damien Chazelle and with Ryan Gosling as Armstrong, and reading a few reviews of the movie, I began to understand Armstrong's steadfastness a bit more—although the movie did—as it should, since it's not a documentary—take a few liberties to make Armstrong into a more endearing person than he apparently was.

That's not a criticism of the man, of course. Armstrong was a true hero, and his personality matters much less than what his feat represents to us all. There was a mission to complete, and professionalism was what was going to make it happen. If you aren't cold-blooded, you shouldn't be an astronaut—or even become a test pilot of prototype jets. Not everyone will willingly risk his or her life to expand our reach outwards, with small odds of succeeding.

This is true of all extreme explorers. It takes something extra to brave the elements and walk to the South Pole alone, like the Norwegian Erling Kagge. He crossed 814 miles in 50 days in harsh conditions, pulling his supplies on skis. This he did after going to the North Pole in 1990, and then, to top it off (literally), he summited Mount Everest in 1994. This makes Kagge the first man to complete the “Three Pole Challenge."

After that, he decided to study philosophy at Cambridge, as if to shift from the body to the mind in search of balance and completeness. The results are his many books, including Silence in the Age of Noise and Walking One Step at a Time, both inspiring meditations on the value of slowing down and connecting with the natural world viscerally, something we discussed here before in the context of extreme endurance sports.

To watch the Apollo moon landing at ten gave me a very concrete sense of what science was capable of. Even from faraway Rio de Janeiro, I grew up watching American movies, reading American comics, learning about the bomb and World War II, about economic expansionism, about rock and roll and Marvel superheroes, and the goods and bads of being an economic superpower.

The giant leap for mankind took me and many of my generation on a flight of fancy, filling us with the drive to be part of the race for space, for knowledge, for the impossible. This sort of inspiration is priceless and is, to a very large extent, the reason why America is the home to cutting-edge super high-tech companies like Apple, Microsoft, and Google, all built by men and women that were kids when Armstrong set his foot on the Moon. Bill Gates and Steve Jobs were fourteen.

NASA plans to return people to the Moon in 2024, landing a mission at the lunar south pole. The idea is to use the Moon as a stepping stone to explore what it offers commercially and as a bridge to the rest of the solar system.

Space exploration has changed, and is now a joint effort between government and private investment. Still, only science and engineering can create the means to make this vision viable—with the essential help, of course, of men and women who have the bravery and drive to go where no one has gone before.

The post A Giant Leap for Mankind appeared first on ORBITER.